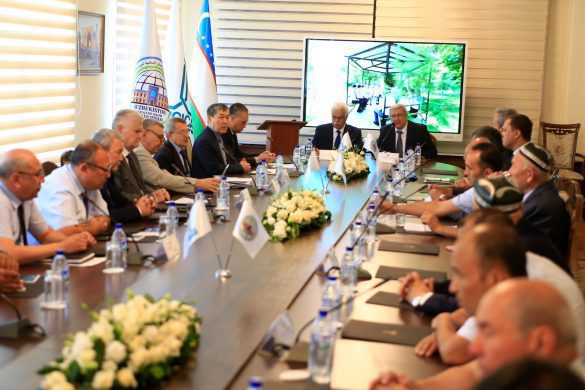 IRCICA and the International Islamic Academy of Uzbekistan (IIAU), Tashkent, Uzbekistan, have held a program of scholarly events on 24 June 2019 highlighting the history and heritage of sources and studies in the context of Islamic scholarship in Uzbekistan. The program started with the opening of the “IRCICA Chair for Islamic History and Source Studies” at the IIAU. The ceremony was addressed by the Rector of IIAU Prof. Dr. Shuhrat A. Yovqochev and the Director General of IRCICA Prof. Dr. Halit Eren. Then, an exhibition of IRCICA Publications was visited.

The International Workshop “Islamic Studies in Uzbekistan: Achievements and Perspectives” was opened with greetings by Prof. Dr. Shuhrat A. Yovqochev, Rector of IIAU and Prof. Dr. Halit Eren, Director General, IRCICA. The following studies were presented:

Second session: “The Influence of Khorezmian Ma’mun Academy on the Development of Sciences in Movarounnahr”, by Prof. Dr. Bahrom A. Abdukhalimov; “Mahmud Zamakhshari and His Scholarly Heritage”, by Prof. Dr. Zohidjon Islomov; “The Role of Sufism in the Spread of Islamic Culture in Central Asia”, by Assoc. Prof. Dr. Ibrohim Usmanov; “Development of Studies in Tafsir Literature in Movarounnahr: History and Modernity”, by Assoc. Prof. Dr. Abdurashid Abdullaev.

A section of the workshop was devoted to presentation of the book titled Epitaphs of Muslim Scholars in Samarkand (10th–14th Centuries) which resulted from a collective research and was published by IRCICA in 2019. Moderated by the Rector of IIAU and addressed by the Director General of IRCICA, the book’s significance was highlighted with speeches by five academicians.

Another special section of the workshop consisted of the presentation of the Honorary Doctorate of the International Islamic Academy of Uzbekistan by the Rector of the Academy Prof. Dr. Shuhrat A. Yovqochev to Prof. Dr. Halit Eren, IRCICA Director General, in recognition of his valuable contributions to strengthening of international academic cooperation and promotion of studies on the history of Islamic scholarship in Uzbekistan.

The same day, Prof. Dr. Halit Eren gave a lecture for the Academy’s members and students. The lecture was on international cultural and academic relations in the Muslim world. 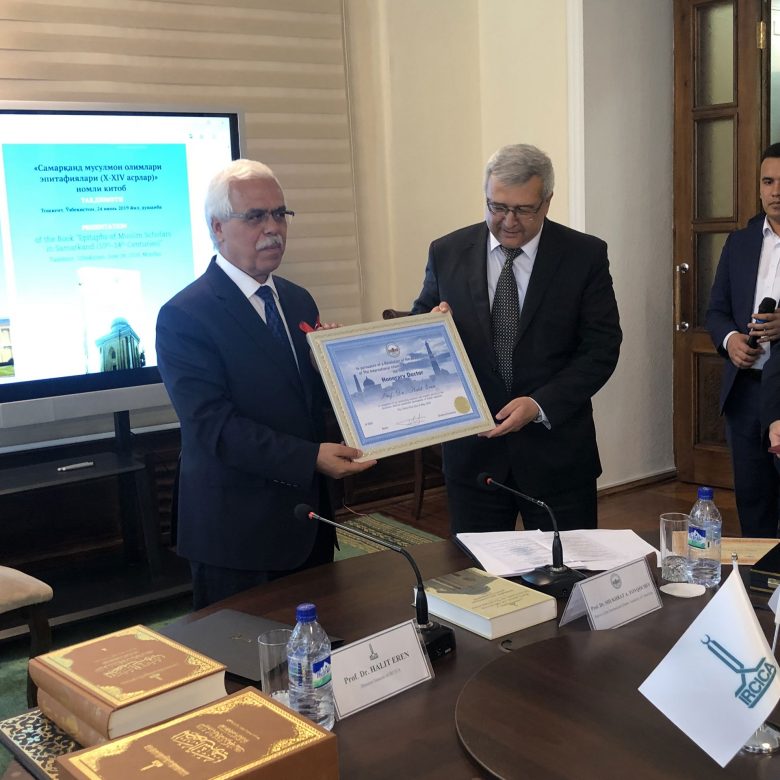 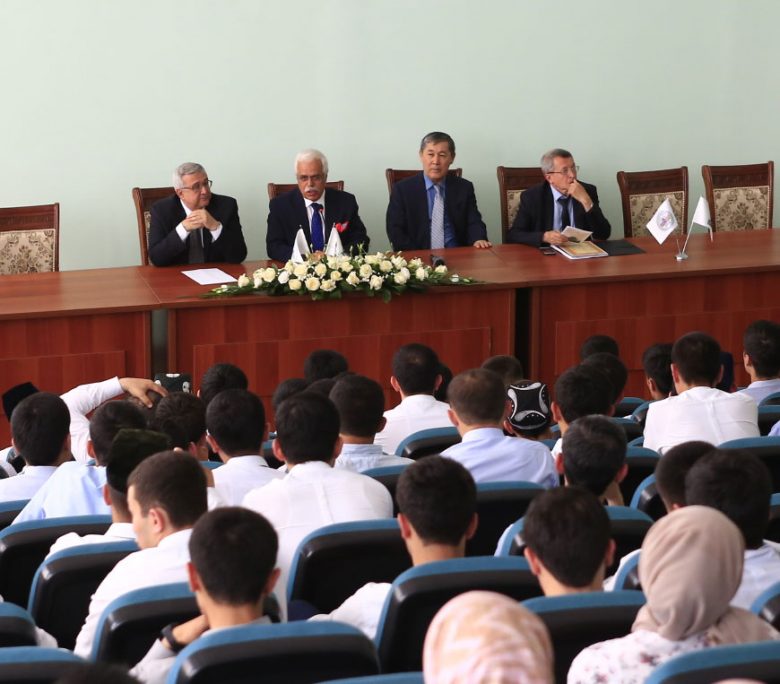 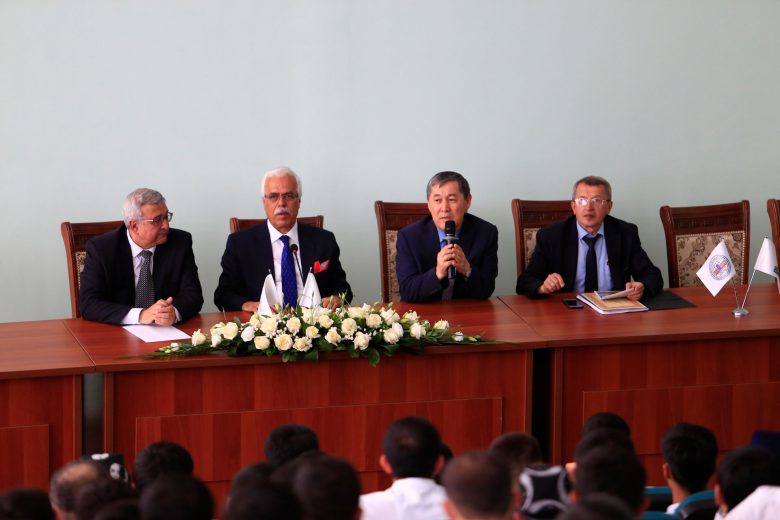