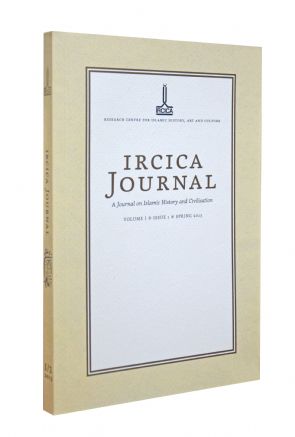 IRCICA JOURNAL HAS BEEN LAUNCHED

The first issue of Ircica Journal, an interdisciplinary refereed journal of scholarship published by the Research Centre for Islamic History, Art and Culture (Ircica), has just been released.  Ircica Journal will be published two times annually (Fall and Spring) and will include scholarly articles in English, French and Arabic.

The Editorial Office of the Ircica Journal is based at the headquarters of the IRCICA in İstanbul.

Ircica Journal will include articles on all aspects of Islamic civilisation such as the history of culture, art, science, philosophy, literature, traditional handicrafts and archaeology. Ircica Journal aims to preserve the tangible and intangible heritage of Islamic civilisation, comprising of its written, architectural, cultural and artistic forms.

Ircica Journal welcomes previously unpublished manuscripts on manifestations of Islamic civilisation in different regions within and outside the Muslim world including the Balkans, Caucasus, Central Asia, the Middle East, North and Sub-Saharan Africa, South and Southeast Asia. The intellectual outputs are hoped to serve the needs of researchers specializing in the fields of history, cultural studies, sociology, architecture, international relations and anthropology. Ircica Journal considers all manuscripts on the strict condition that they have been submitted only to Ircica Journal, that they have not been published already, nor are they under consideration for publication or in press elsewhere.