Cooperation with Eurasian National University, Kazakhstan; IRCICA’s publications on the history of Islamic scholarship in Kazakhstan

IRCICA is preparing for publication the proceedings of the international conference themed “Saduaqas Ghïlmani and the Great Steppe Scholars” which it had organized jointly with Eurasian National University (ENU) affiliated to the Ministry of Education and Science of Kazakhstan. The conference, held in Almaty, on 14-15 February 2019, received excellent contributions about the Islamic culture and scholarship in Kazakhstan and whole Central Asia. On the sidelines of the conference, a largely-attended book launch took place, to introduce the book Zamanïmïzda bolghan ghŭlamalardïng ömĭr tarikhtarï (Biographies of the Islamic Scholars of Our Times) by Saduaqas Ghïlmani which was published by IRCICA in 2018 (Arabic script Kazakh text and English translation; eds. Ashirbek Muminov, Allen Frank and Aitzhan Nurmanova; foreword and directed by Halit Eren, 2 volumes), consisting of a biographical encyclopedia of Kazakh ‘ulama’ and constituting an essential source on Islamic culture in Central Asia. Once published, the proceedings of the February 2019 conference will depict the historical environment and intellectual processes that accompanied and followed Ghïlmani’s work.

A new step in the academic cooperation between Kazakhstan and IRCICA was taken during the period of the conference on “Saduaqas Ghïlmani and the Great Steppe Scholars” with the signing of a Memorandum of Intended Cooperation between IRCICA and ENU, in Almaty. A ceremony took place for the signing of the Memorandum by the Rector of ENU Prof. Dr. Erlan Sydykov and the Director General of IRCICA Prof. Dr. Halit Eren. As a token of honor, Rector Prof. Erlan Sydykov presented Prof. Halit Eren with the highest award of the university – a commemorative medal “Kultegіn” of honour and respect.

Hundreds of cultural and academic events at international, regional and national levels are being held this year in Kazakhstan to commemorate the 175th anniversary of the birth of the great Kazakh poet, philosopher, composer and educator Abay Qunanbaev (1845-1904). The Rector of ENU Prof. Sydykov, who is also an authoritative scholar of Abay Qunanbaev, has presented six books about Abay’s life and works which he designated with the title “Abay’s personality and the continuity of the epoch”. The books have advanced erudite approaches and analysis to Abay’s works enabling deeper understanding of his cultural contributions and intellectual heritage within the history of thought and education in Kazakhstan. 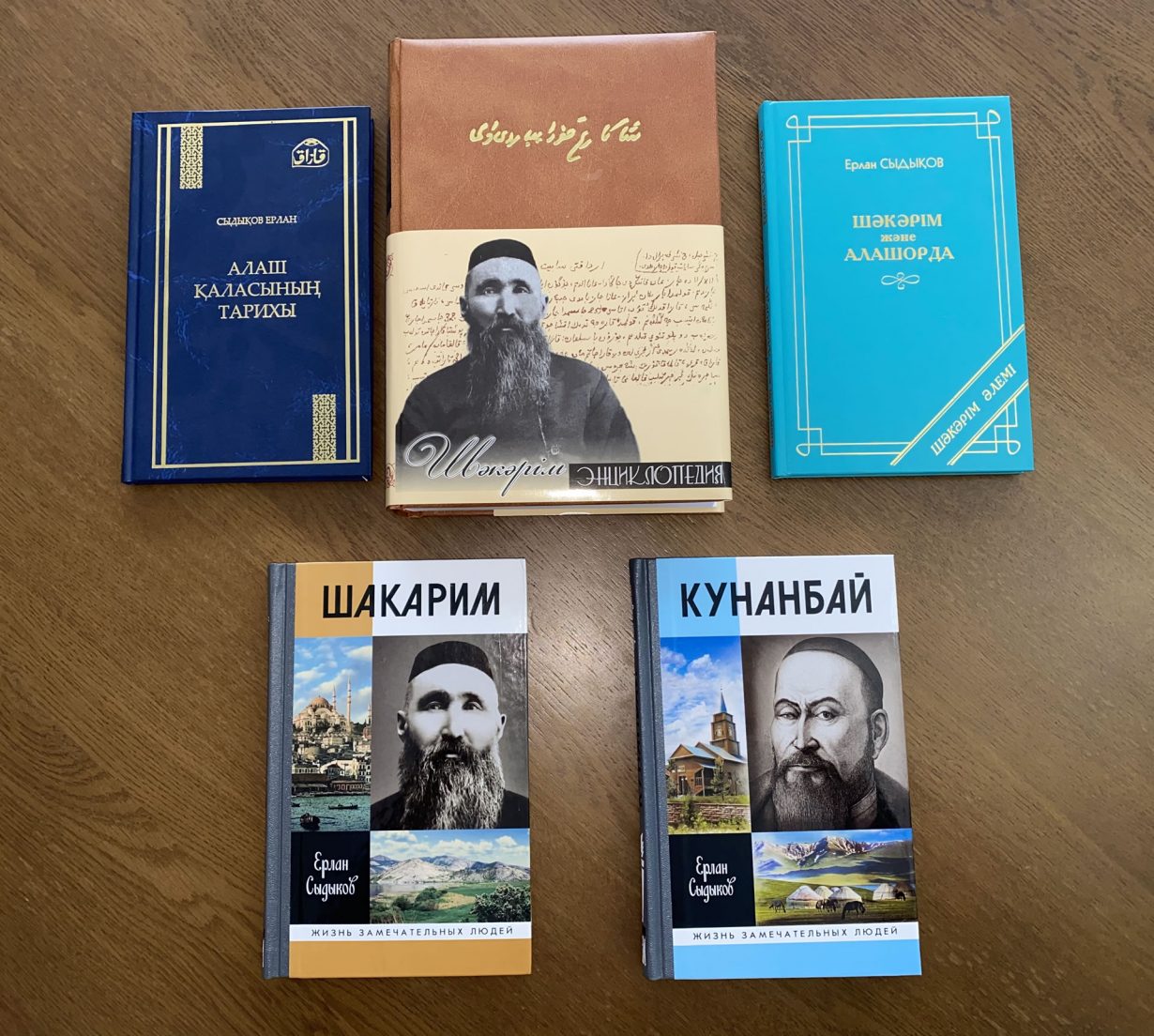