The President of the Islamic Republic of Pakistan H.E.Dr. Arif Alvi’s expressing support for IRCICA’s activities has been a source of encouragement and honour for the Centre. In an answer letter dated 20 November 2018 to IRCICA Director General Prof. Dr. Halit Eren, President Alvi wrote that “The focus of IRCICA on the preservation of Islamic cultural heritage of Kashmir in line with the Centre’s mandate is highly welcomed in Pakistan. We also appreciate the recent initiatives by IRCICA to address the issue of Islamophobia. We also remain committed to continue supporting the Centre’s efforts for combating growing trends of racism, Islamophobia, as well as discrimination based on religious stereotyping against Muslims.”

IRCICA Director General Dr. Eren had briefed H.E. President Alvi about the Centre’s activities during their meeting on 28 October 2018, in Istanbul, where the President was attending the ceremony of the opening of the new Istanbul Airport by the President of Turkey H.E.Recep Tayyip Erdoğan. The meeting had also been an opportunity for Prof. Dr. Eren to present H.E. President Alvi with the photograph album titled “Friend and Brother: 70th Anniversary of Relations between Turkey and Pakistan” which was prepared by IRCICA and the Ministry of Foreign Affairs of Turkey, with a foreword by H.E. President Erdoğan, and containing historical photographs and archival documents on events and meetings in the context of diplomatic relations between the two countries. 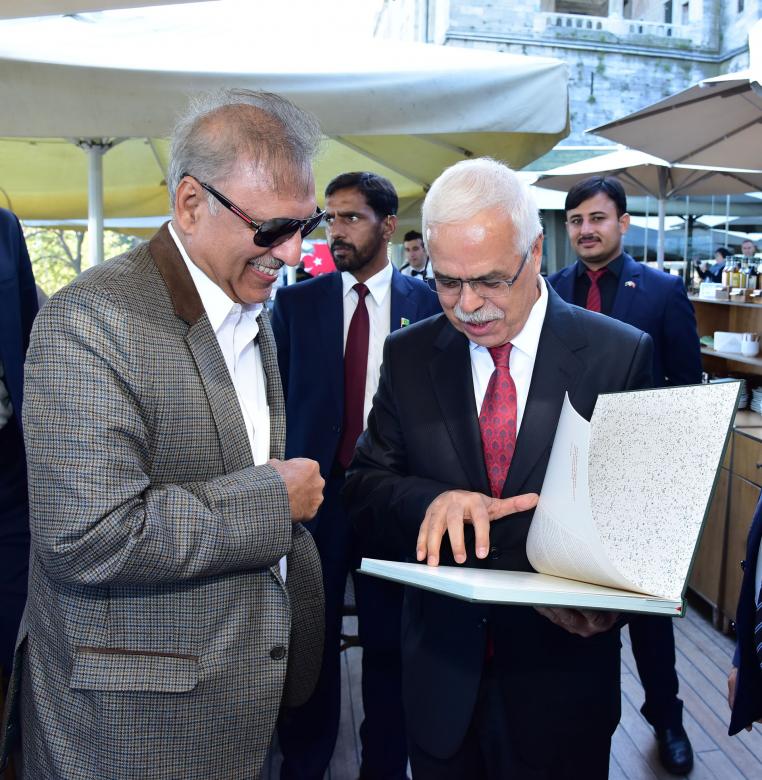