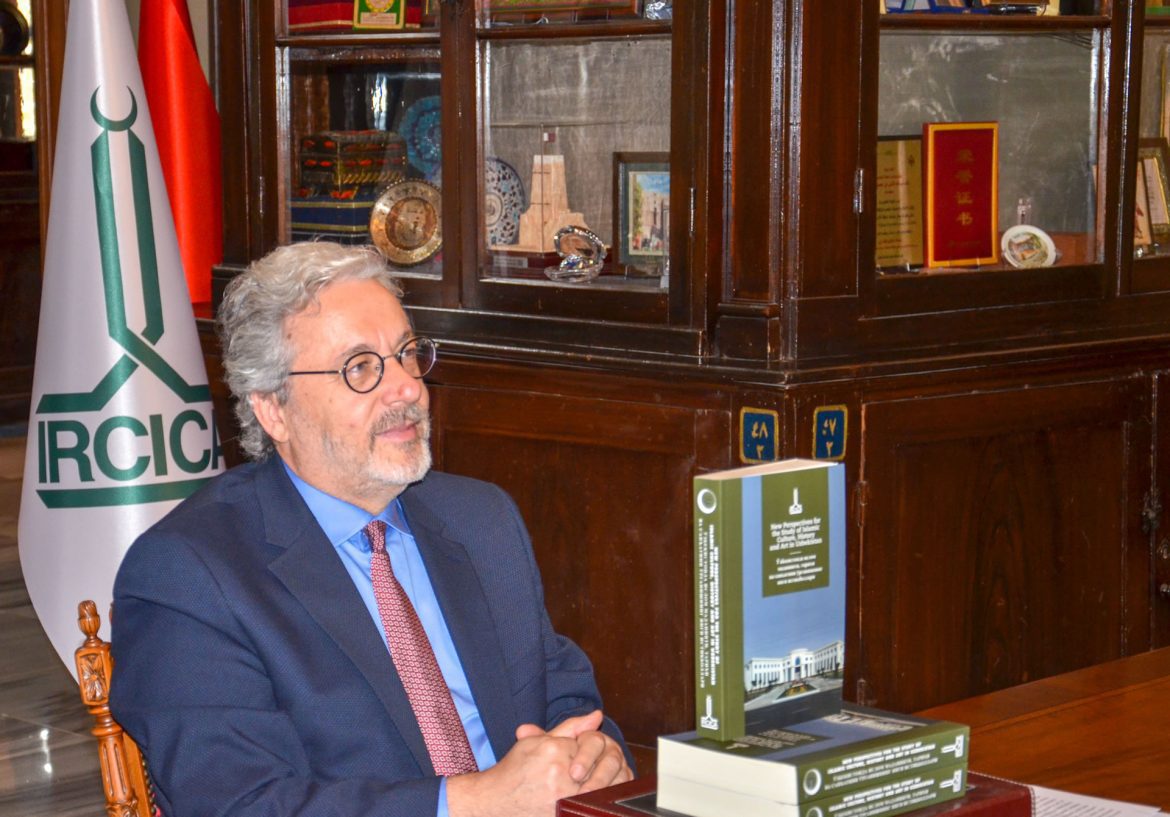 In his opening speech, Prof. Bakhrom Abdukhalimov, Director of Abu Rayhan Al-Biruni Institute of Oriental Studies and Vice-President of the Uzbekistan Academy of Sciences, said that the Institute gives importance to cooperating with institutions around the world and has organized dozens of academic conferences with the aim of promoting the academic study of Islamic manuscripts, particularly Central Asian manuscripts. Prof. Abdukhalimov expressed thanks and appreciation, on behalf of his Institute’s staff and his own, to Prof. Dr. Mahmud Erol Kılıç, Director General of IRCICA, for the academic support and cooperation extended to the Institute. Prof. Florian Schwarz, Director of the Institute of Iranian Studies, Austrian Academy of Sciences, said, in his speech, that one of the most dynamic fields is that of studies on manuscripts and manuscript cultures; he pointed to the significance of these materials as sources of historical, literary, artistic and other information and also as cultural heritage. Prof. Gabrielle van den Berg from Leiden University spoke of the development of Central Asian studies at Leiden University, past and present, and the expanding cooperation between Central Asian and European universities. Prof. Charles Melville, President of the British Institute of Persian Studies, pointed out to the coverage of the designation “Persian manuscripts” which historically extends beyond the frontiers of modern Iran. Speaking of the developments in manuscript studies, he described the association of researchers with manuscripts as a lively, active and genuine one.

In his address, Prof. Dr. Mahmud Erol Kılıç underlined the importance of studies on Islamic manuscripts from the viewpoint of IRCICA. Presenting the new book, the Director General said that it covers a remarkably wide spectrum of topics in Islamic studies, manuscript studies in particular, approached from different perspectives. With this diversified coverage, it will benefit academics and administrators involved in research and curriculum development as well as specialists and researchers in various disciplines of cultural studies. Prof. Kılıç also spoke of the engagement of IRCICA in promoting studies on Islamic history and culture and the sources of this culture including manuscripts, and described the wide geographical coverage of IRCICA’s activities over the OIC membership area that includes Central Asia, Caucasia, South and Southeast Asia, the Middle East and the Mediterranean, Eastern Europe, and Africa. The Director General thanked Professor Abdukhalimov and his colleagues for their cooperation which resulted in the new publication.

21 papers were presented by specialists of Islamic manuscripts from Asian and European countries. The sessions of the conference were titled: “Preserving the written cultural heritage”; “Manuscript evidence and historical interpretation”; “Manuscript collections: past, present, and future”; “Visual dimensions of manuscripts”; “Beyond the codex”; “Producing, publishing and studying texts: From manuscript cultures to the digital age”.