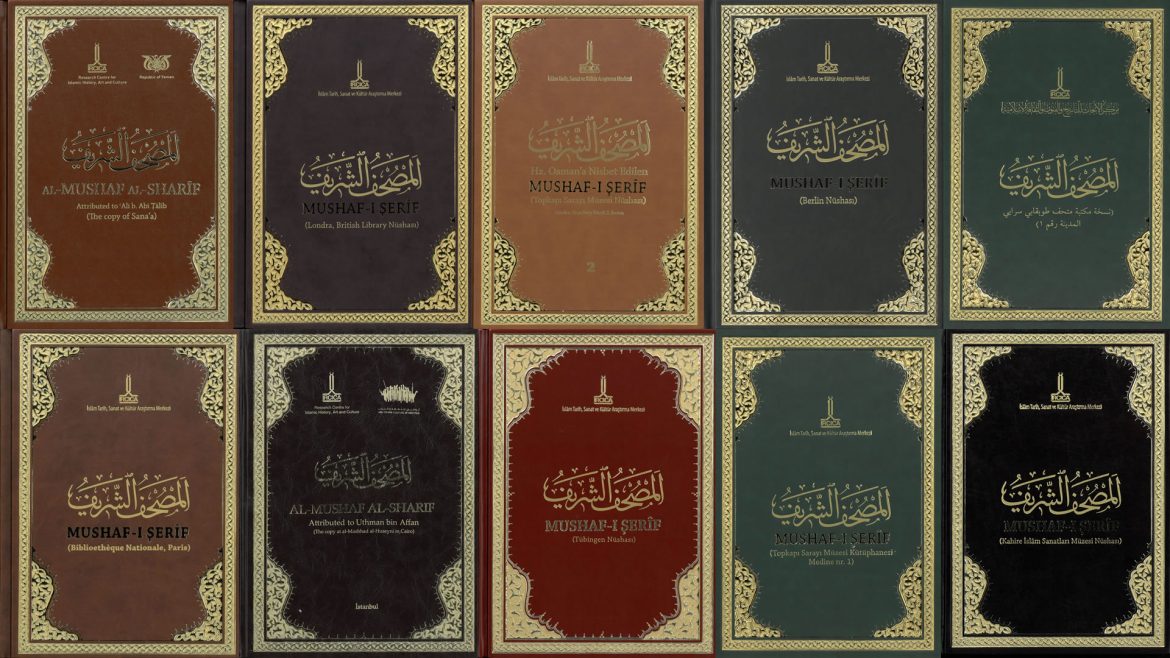 The program titled “Studies on the Holy Quran” involves research on the history of the dissemination of the Holy Quran in the world by means of copies and translations of its text.

Studies on copies of the Holy Quran (Mushafs)

Studies on translations of the Holy Quran

The objective of the project is to study and record the processes of the diffusion of the text of the Holy Quran throughout the world according to languages, geographical distribution and frequency of translations.

Concerning translations that are in printed form, a World Bibliography of Translations of the Meanings of the Holy Quran – Printed Translations (1515-1980) was published in 1986. It gives information about 2672 works which are the originals, copies and different editions of 551 complete and 883 incomplete translations and selections in 65 languages. The International Islamic Call Society (Tripoli, Libyan Arab Jamahiriya) extended financial assistance for the publication of this bibliography.

A revised and updated edition of this bibliography has been prepared and made accessible to researchers at IRCICA, covering 4329 printed books in 143 languages published during the period from 1515 to 2015. 1671 of them are complete translations.

Volume I, translations and exegeses in all languages except Turkish, Persian and Urdu (2000);

Volume II, translations and exegeses in Urdu; prepared with a scholarly Introduction by Dr. Ahmad Khan, expert of manuscript studies and Director of the Centre for the Protection of Arabic Manuscripts, Islamabad, Pakistan (2009);

Regarding oral/verbal translations and interpretations of the Holy Quran, IRCICA, in cooperation with local institutions, organized and collected recordings of oral translations in some African languages. The recordings are preserved at IRCICA Library. Thus, translations and interpretations in Wolof were recorded with the assistance of the “Institut Fondamental d’Afrique Noire Cheikh Anta Diop” (IFAN) in Senegal, in 1992, on 25 cassettes of 90 minutes each.

Translations in Tamasheq and Songhay were recorded with the assistance of Ahmed Baba Historical Documentation and Research Centre, Timbuktu, Mali, and its Director Dr. Mahmoud Zouber, who was then representing Mali in the Governing Board of IRCICA. The recording was finalized in 1989, on 44 and 30 cassettes respectively for each language.

Translations in Kanuri were recorded in Nigeria with the cooperation of Open Press publishers in Kaduna, and forwarded to IRCICA in 1995, on 55 cassettes.

IRCICA specializes in technical issues relating to publication of copies of the Holy Quran.

» The 2005 reprint of the historical “Mushaf”-Quran copy of Kazan titled “Kalam Sharif” was coordinated by IRCICA, within the framework of its cooperation with the Municipality of Kazan, capital of Tatarstan Republic, Russian Federation. The original edition, dated 1803, was the first to be printed in the Eastern world. The 2005 edition was published on the occasion of the 1000th anniversary of Kazan City.

» At the instructions of H.H. Sheikh Hamad bin Khalifa al-Thani, Emir of the State of Qatar (currently the Father Emir of Qatar), IRCICA and the Ministry of Awqaf and Islamic Affairs of Qatar worked together during 2007 to coordinate the competition to select the calligrapher for the Qatar copy of the Holy Quran. The copy was written by Mr. Ubayda al-Banki, who came first in the competition. The “Mushaf of Qatar” was published in 2010. The release ceremony was held under the patronage of H.H. Sheikh Tamim bin Hamad Al-Thani, Emir of Qatar, then Deputy Emir and Heir Apparent of the State of Qatar, on 10 March 2010, in Doha.

» “The Mushaf of Fadil-Paša Šerifovi, a copy of the Holy Quran copied by al-Muhagir ad-Dagistani in 1849 and preserved at Gazi Husrevbegova Library in Sarajevo, Bosnia and Herzegovina, was published by IRCICA in a facsimile edition in 2002.

» IRCICA coordinated the technical examination and approval, by the Presidency of Religious Affairs of Turkey, and then published, the copy calligraphed by the late Bosnian professor Ešref Kovaevi, in 1996.