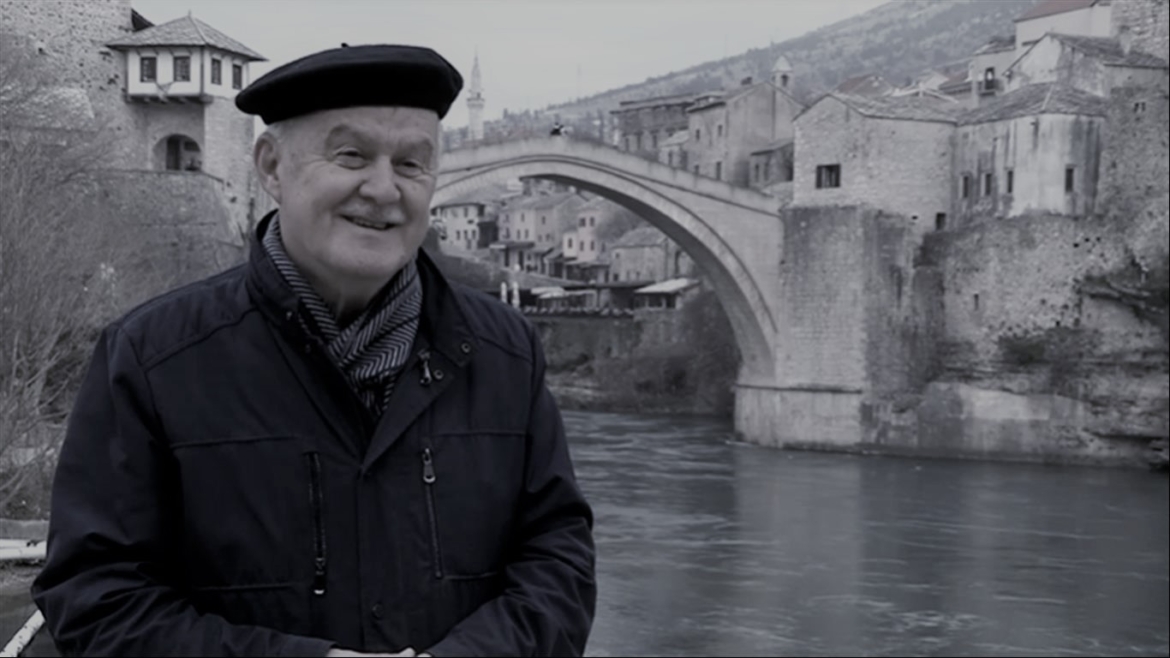 A distinguished friend of IRCICA and former Head of IRCICA’s Architectural Heritage Department, the international scholar and professor of architecture Amir Pašić passed away

IRCICA is deeply saddened to announce the death of Prof. Arch. Amir Pašić, an internationally renowned scholar and professor of architecture, urban planning and architectural heritage, former Head (1993-2018) of IRCICA’s Architectural Heritage Department, a beloved colleague and friend of the staff of IRCICA. Amir Pašić passed away in Mostar, Bosnia and Herzegovina.

His sudden death has been a deep shock for IRCICA whose many members cherished their continuing friendship and contacts with him after he left the Centre to continue to teach and serve towards the preservation of historical architecture in his home country Bosnia and Herzegovina and also around the world as an international expert working with international organizations.

Amir Pašić will always be remembered with high esteem for his scholarship, multi-disciplinary expertise, professional accomplishments and important contributions to the restoration and conservation of architectural heritage as is eloquently exemplified by his coordinating role towards the restoration of the Old Bridge of Mostar, Bosnia and Herzegovina and many other historical structures, mostly those which were destroyed during the 1992-95 war. After 2016, Amir Pašić was the President of the Commission to Preserve National Monuments of Bosnia and Herzegovina.

Professor Amir Pašić joined IRCICA during the period of the war in Bosnia and Herzegovina, as he was teaching at the Department of Architecture of Yıldız Technical University, Istanbul. At IRCICA, Pašić was the mind and the guide behind the innovative and authentic architectural preservation programs conducted by IRCICA which won the Centre recognition world-wide as a focal point of the OIC in the field of the restoration and conservation of Islamic architectural heritage. One of the activities he conducted during his tenure at IRCICA include the ten-year program of annual architectural workshops (1994-2004) bearing the symbolic title of “Mostar 2004” with the wish to see the Old Bridge of Mostar fully restored by the year 2004. With the help of Professor Pašić’s international academic collaboration skills, the program enjoyed the participation of many organizations and universities from all continents. The program was completed in 2004, with its last session held concurrently with an international ceremony celebrating the reconstruction of Mostar. Building upon this experience, IRCICA launched another program in 2006 with Pašić as its coordinator, this time on a first-priority issue for IRCICA, the Islamic cultural heritage of Al-Quds Al-Sharif. It was implemented through field missions to Al-Quds, seminars and studio work, with the participation of experts and architects from around the world. Other pioneering initiatives which were developed owing to Professor Pašić’s expertise and coordination include: the Prince Sultan bin Salman Architectural Heritage Database and the series of short-term architectural training schools on “Islamic Urban Heritage: Research, Preservation, Management” organized jointly by IRCICA with Al-Turath Islamic Heritage Foundation (Kingdom of Saudi Arabia). Other professional accomplishments of Professor Pašić include lead consultant for the Aga Khan Trust for Culture, Geneva (1995-2006), the World Monuments Fund, New York (1998-2004), and several missions for ICOMOS Paris. He won six architecture awards, including the 1986 Aga Khan Architecture Award for the successful restoration of Mostar’s Old Town. Amir Pašić authored or co-authored 21 books and 47 articles. He served as the Editor-in-Chief of Architecture and Science Journal, Mostar, and the regional editor for Arab States in the Journal of Cultural Management and Sustainable Development, London.

Amir Pašić will be fondly remembered by his friends and colleagues for his exceptional personal qualities, as someone who was always engaged and interested in the people he met, who enjoyed cooperation on any personal or professional matter – qualities which he brought into the Centre together with his professional knowledge.

May Allah bless his soul. IRCICA would like to convey its deepest, heartfelt condolences to his wife and children.