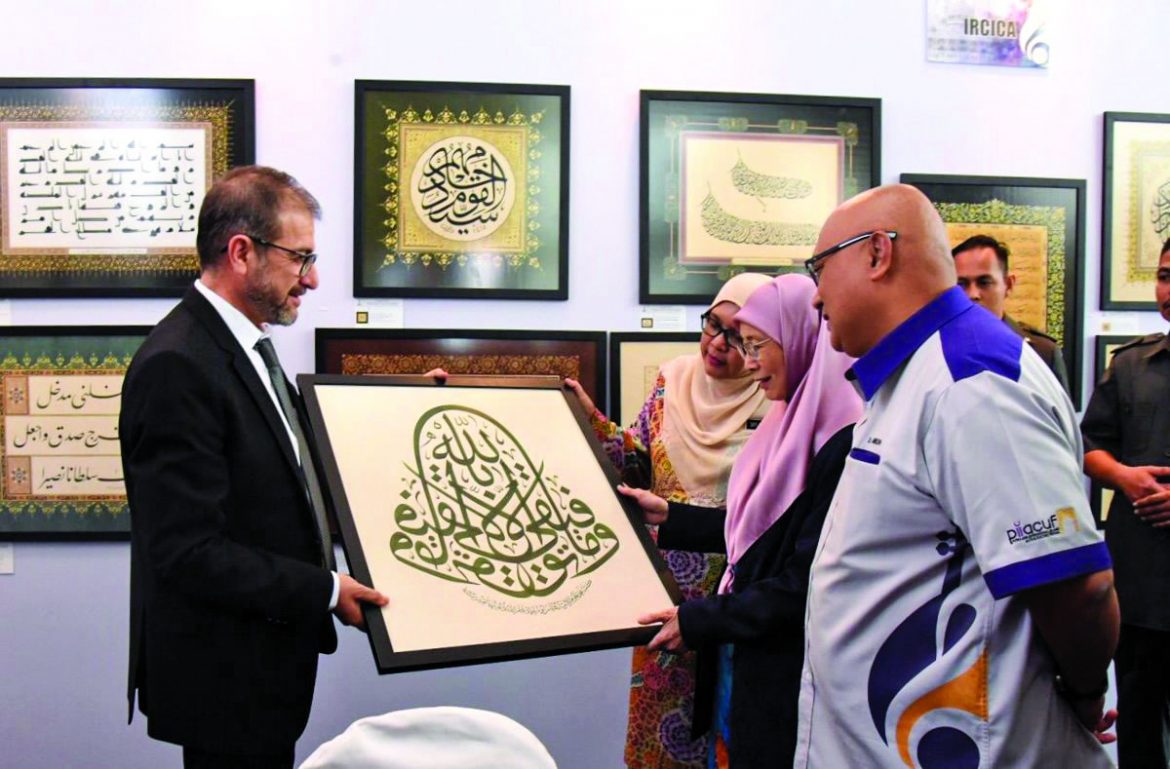 The 5th round of the Putrajaya International Islamic Arts and Culture Festival (PIIACUF) was opened by Datuk Seri Dr. Wan Azizah Wan Ismail, Deputy Prime Minister of Malaysia. The Deputy Prime Minister pointed out that organizing the festival was capable of highlighting the different aspects of Islam when the terminology Islamophobia influenced the international community. She also pointed to the festival’s usefulness for boosting relations between Islamic countries.

IRCICA’s exhibition of classical Islamic calligraphy was put up by Mr. Said Kasımoğlu, Head of the Calligraphy Section at IRCICA. Deputy Prime Minister Dr. Wan Azizah Wan Ismail, visiting the stands, kindly accepted the calligraphy plate that Mr. Kasımoğlu presented her with as a memory of IRCICA’s stand at the festival.