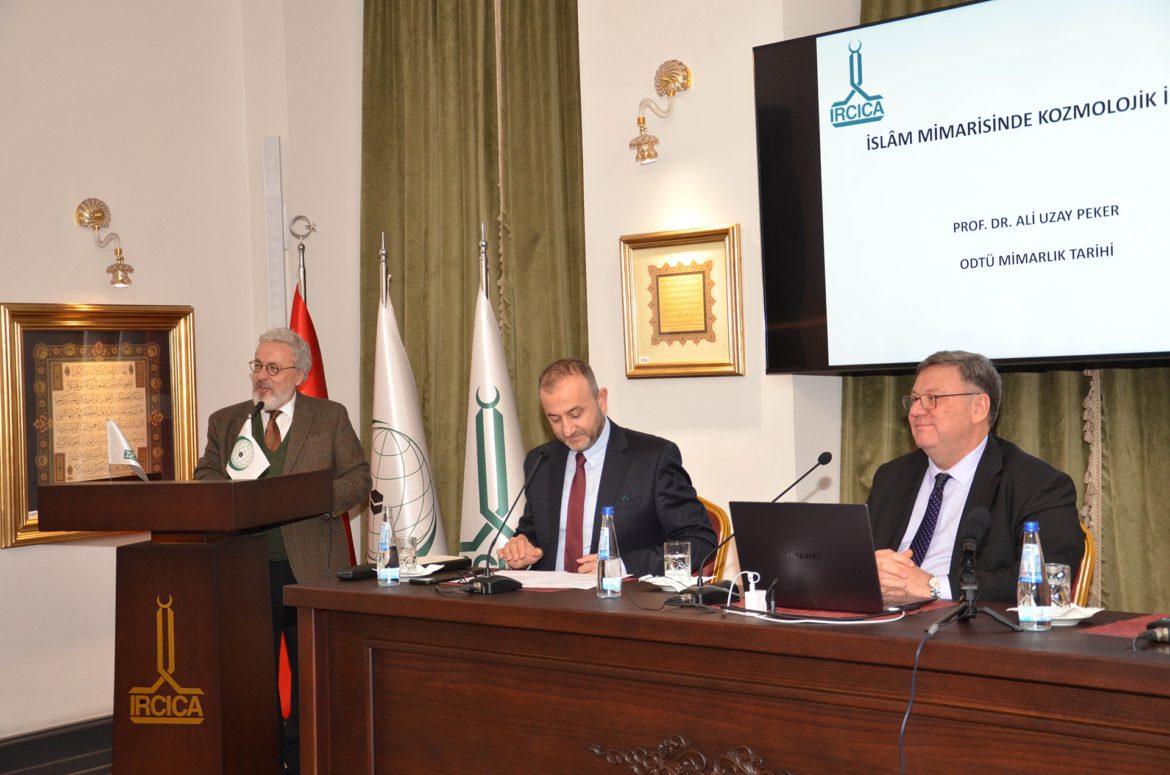 IRCICA’s program of “Cultural Heritage Talks” started on 25 November 2022 with the lecture of Prof. Dr. Ali Uzay Peker, faculty member at METU History of Architecture Graduate Program. In his opening words, IRCICA Director General Prof. Dr. Mahmud Erol Kılıç said that IRCICA plans to host monthly lectures to be delivered by leading specialists of Islamic culture and architecture. Conducted in IRCICA’s conference hall in hybrid format, Professor Peker’s lecture was attended by professors and students in history of arts and architecture. In his analysis of structural, scriptural and decorative components of major Islamic architectural monuments spanning from the Dome of the Rock to Karatay Medrese, Alaattin Keykubat Mosque, Süleymaniye Mosque and Alhambra Palace, Professor Peker interpreted the holistic cosmological content that emanates from the harmony of the built sections, decorative motifs and sourahs inscribed at different heights that reach from bottom to top, from earth, nature and worldly life up to the alems and domes’ windows, symbolizing the quest to Allah. Prof. Peker also spoke of various theoretical approaches adopted in interpreting monuments, particularly the differences between political-historical classifications or references to literary sources on the one hand, and religious-metaphysical-symbolic interpretations on the other. The lecture ended with a Q&A session. 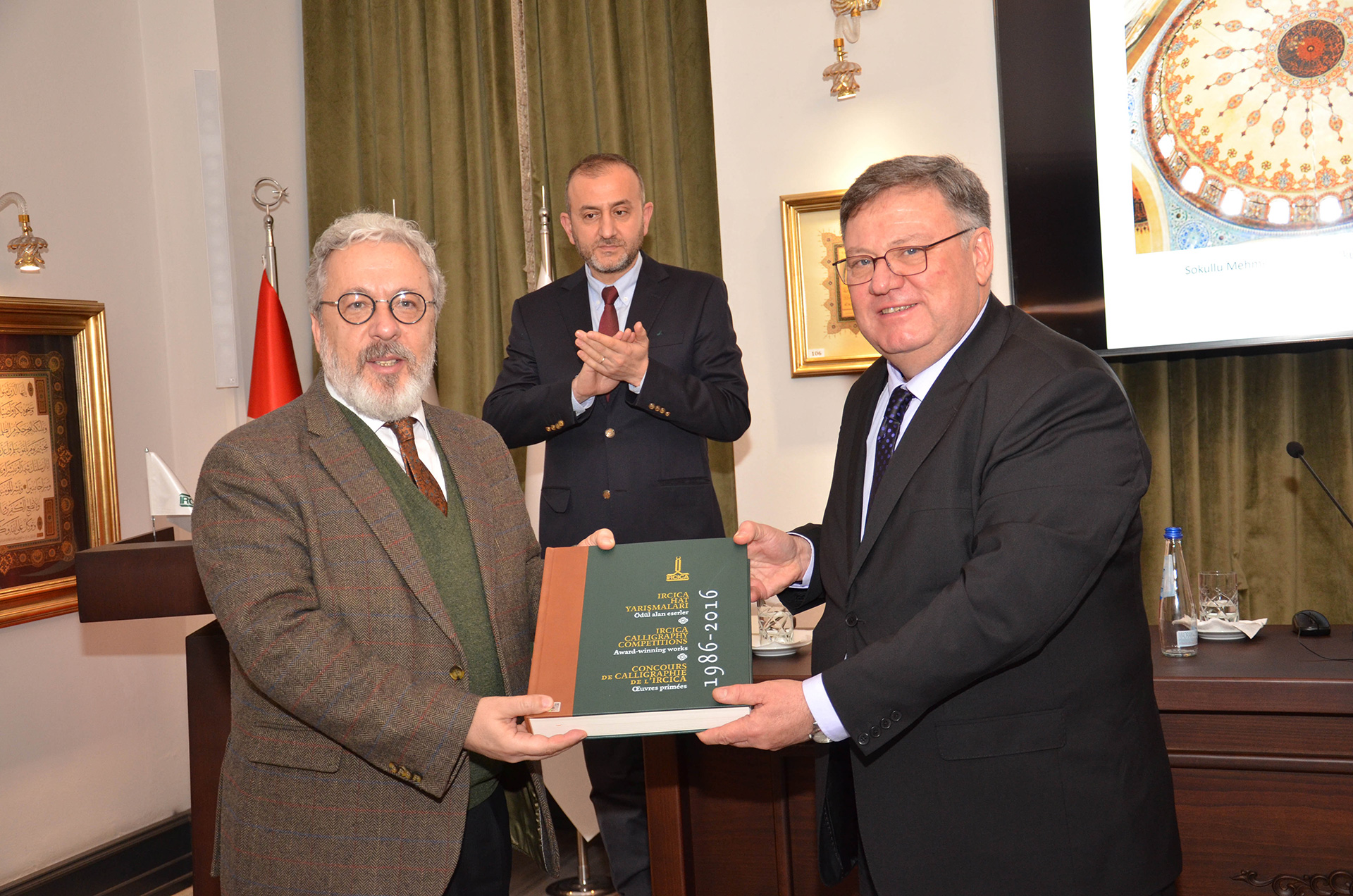