IRCICA Director General Prof. Halit Eren participated with an address in the “International Forum of Writers and Intellectuals named after Chingiz Aitmatov” which was conducted online by the Group of Strategic Vision “Russia – Islamic World” on 22 October 2020. The theme of the forum was “Russia and the Islamic World: The Role of Traditional Values in Maintaining Cultural Diversity”. This was the fourth of a series of forums: earlier, the Group of Strategic Vision “Russia – Islamic World” and IRCICA had jointly organized the Round-table on “Cultural Interactions and the Heritage of Chingiz Aitmatov” which was held in Istanbul on 24 March 2018. Subsequently, IRCICA participated with addresses in the second (Moscow, 22-23 November 2018) and third (Kazan, 25 October 2019) sessions of the Forum. The main objective of the Forum is to underscore the intellectual legacy of Aitmatov which emphasizes intercultural dialogue, tolerance and traditional values and to bring the intellectuals and writers together from around the world in order to develop a joint approach and solution to the spiritual, moral and social problems of the modern world, promote social peace and harmony.

In his address to the forum IRCICA Director General Prof. Halit Eren stressed that in the present age of fast-moving capitalism, individualism and conspicuous consumption, the preservation of traditional values acquired increased importance. He also underlined that in the current multipolar global order trade wars, economic inequalities and geopolitical tensions trigger the rise of extremist movements that spread xenophobia, Islamophobia and non-tolerant views towards minority groups. In this context, preservation of traditional knowledge and values to support multicultural diversity and peaceful coexistence of communities is more important than ever. Conducting research to produce truthful accounts of cultural traditions and disseminate knowledge among young generations has become a vital element of maintaining peace and stability. Research centers such as IRCICA which contribute to intercultural dialogue acquired added importance under the current global conditions.

After the participants’ speeches, the Forum ended with a discussion. 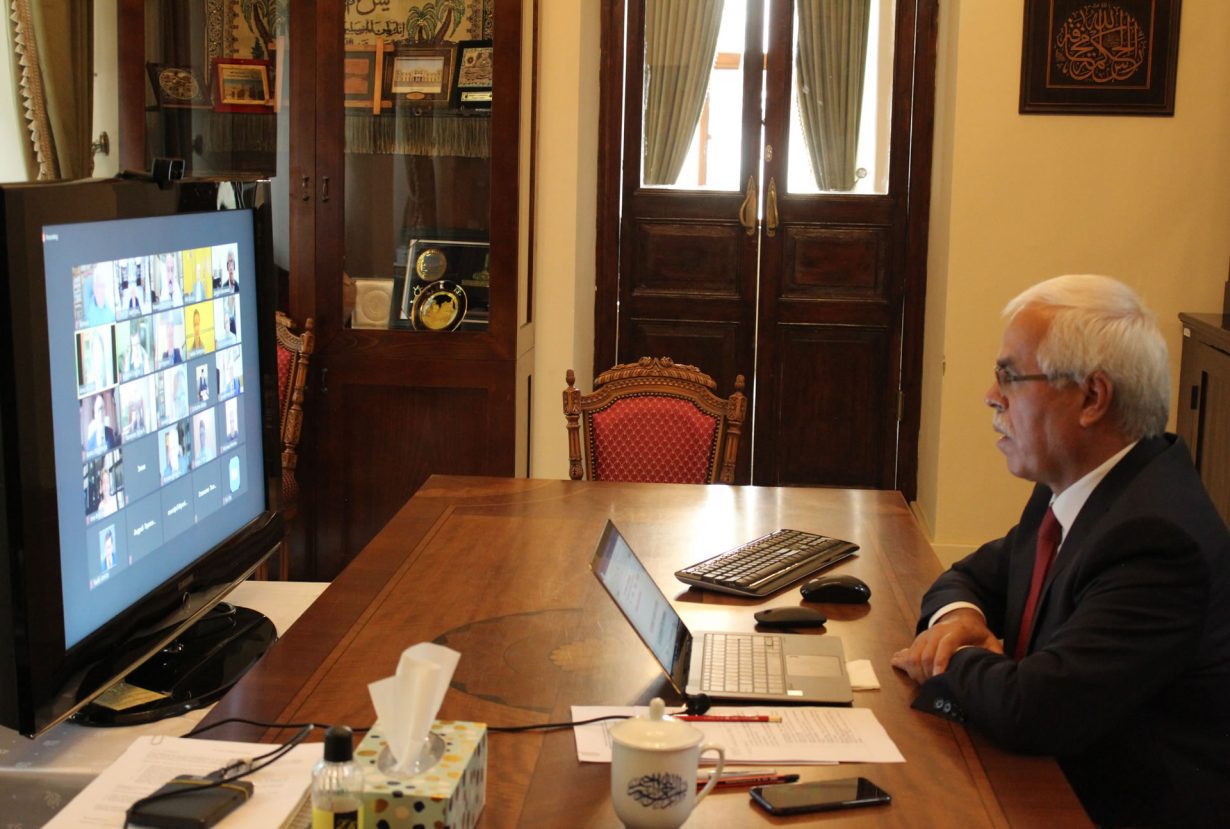