IRCICA has the honour and pleasure to announce that Ambassador Prof. Dr. Mahmud Erol Kılıç has assumed office as Director General of IRCICA as of 1st May 2021.

Prof. Kılıç is an academic and diplomat from Turkey with top-level international administrative experience connected with the OIC. He is a Professor of Islamic Philosophy and Gnostics; he served as Secretary General of the Parliamentary Union of the OIC Member States (PUIC, Tehran); and, before joining IRCICA, he was Ambassador of the Republic of Turkey to the Republic of Indonesia.

Prof. Kılıç wrote many books and articles; some of them were published in several languages. He delivered a number of academic and public lectures on various topics of Islamic philosophy, Sufism and comparative religion. With these activities, he is well-known on international level. Messages of congratulations received from the OIC Member States and cultural circles related to IRCICA around the world are expressing the conviction that under his direction, IRCICA will deepen its specializations in all areas of its mission and strengthen its scholarly position as the cultural organization of the Muslim world.

A concise biography of Ambassador Prof. Dr. Mahmud Erol Kılıç is presented below. 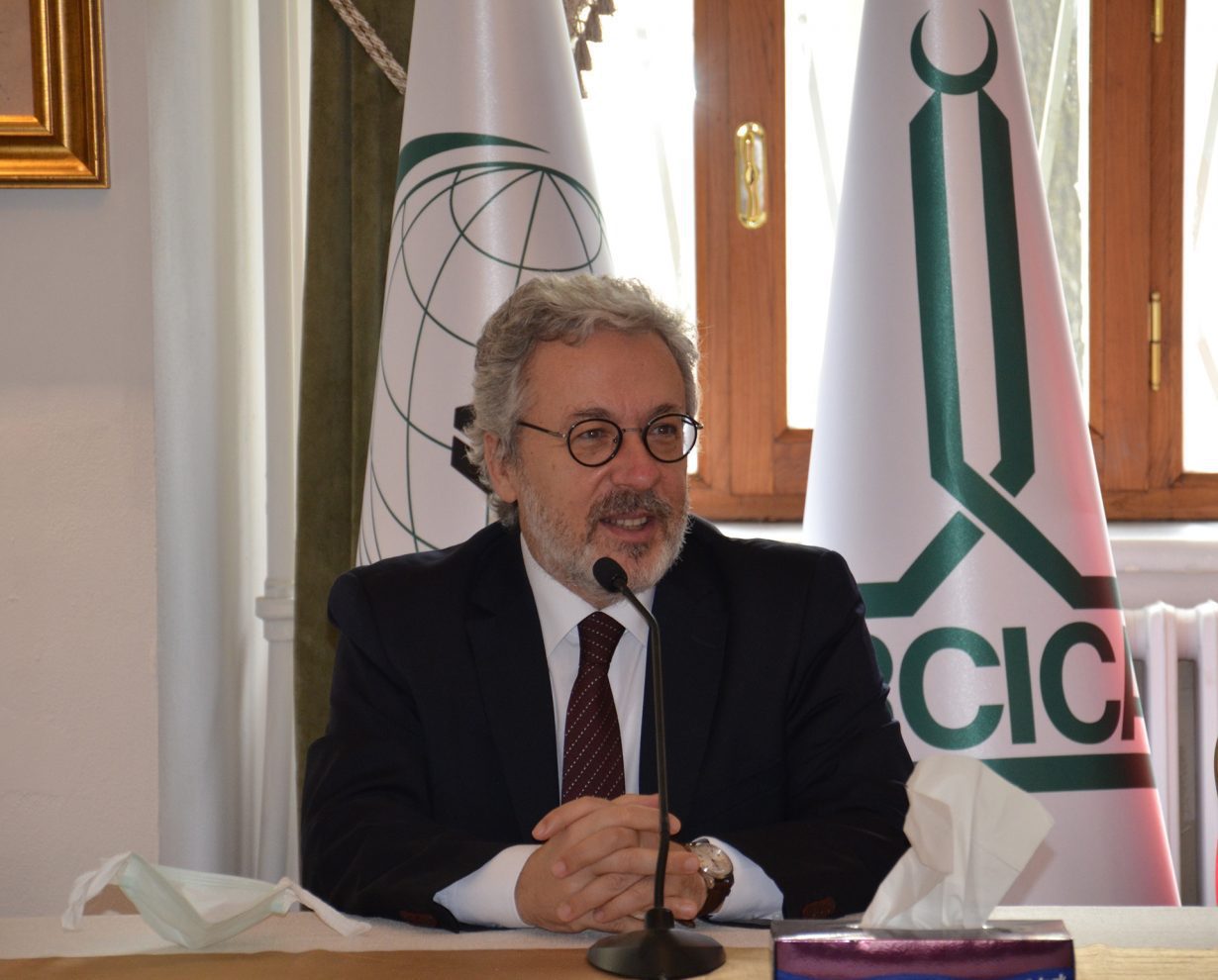 Prof. Dr. Mahmud Erol Kılıç was born in 1961 in Istanbul. While studying at Vefa High School, with two other friends he published a journal titled “Lise Davamız” (“Our High School Cause”). He graduated from the Faculty of Political Sciences of Istanbul University (1985). During his high school and university education he also studied the sciences of Sarf-Nahw, Tafsir, Hadith and Fiqh with some scholars. He attended the lessons of some sufi scholars as well. After graduation he stayed for some time in the U.K. and in Egypt. Before entering academia, he worked as the director of a publishing house, where he later continued to serve as advisor. At the Department of Islamic Philosophy of Marmara University where he started to work as an assistant, he wrote his master’s thesis titled “Hermes and Hermetic Thought in the Light of Islamic Sources” (1989, published). After the establishment of Department of Sufism in Turkish universities in 1993, he defended his thesis titled “Being and its Stages in Ibn Arabi’s Thought” (1995, published), which was considered as the first PhD thesis to be written in that new academic department. Then he was promoted to Associate Professor in 1998 and full Professor in 2004. He directed many master’s and PhD theses. Articles he wrote were published in several encyclopedias and journals. He presented papers at national and international congresses. His work titled Sufi ve Şiir: Osmanlı Tasavvuf Şiirinin Poetikası (The Sufi and Poetry: Poetics of Ottoman Sufi Poetry) was awarded the Study and Research Prize of the Turkish Authors’ Association in 2004. Until the present, 16 books he wrote, 5 books he translated and 2 books he edited were published. Prof. Kılıç knows English, Arabic, Persian and French. He is a member of the general committee of the Turkish National Commission for UNESCO and Member of Honor of Muhyiddin Ibn Arabi Society (MIAS, Oxford). Prof. Kılıç is married and has two children and one grandchild. Beside his scholarly activities he also held the following administrative positions:

* 2008 – 2018; Secretary General of the Parliamentary Union of the OIC Member States (PUIC) based in Tehran. (During the period of this mission, he participated in meetings at highest levels all over the world and particularly in the 56 Islamic countries. He represented the Islamic World at the United Nations and other international organizations.)

* 2021 – (present); Director General of the Research Centre for Islamic History, Art and Culture (IRCICA) of the Organization of Islamic Cooperation (OIC).

Some of his published works: