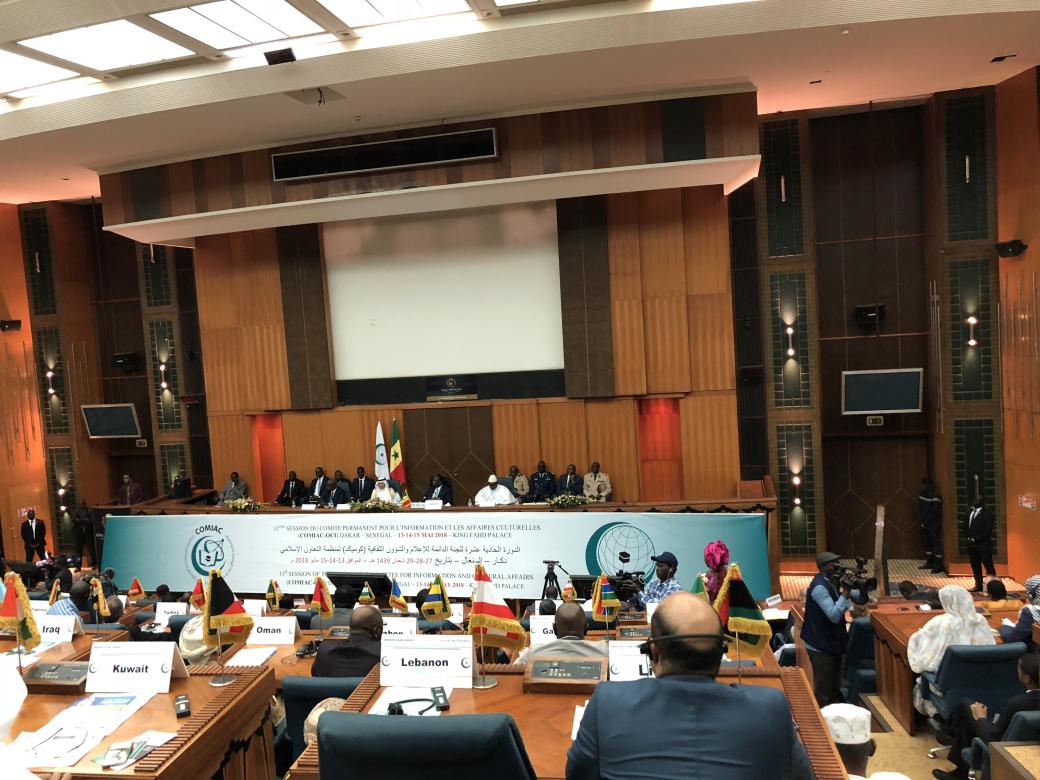 The Eleventh Session of the OIC Standing Committee for Information and Cultural Affairs (COMIAC) convened under the Chairmanship of H.E. Macky Sall, President of the Republic of Senegal and Chairman of the COMIAC, in Dakar, Senegal, on 14-15 May 2018. The meeting reviewed the activities carried out by the OIC and its various organs and institutions in the fields of information and cultural affairs during the three-year period since its 10th session, held in Dakar on 8-9 March 2015.

Following the opening of the COMIAC Session, an exhibition of historical photographs of Makkah al-Mukaramah, Madina al-Munawara and al-Quds selected from IRCICA’s archives was opened. The President of Senegal H.E. Macky Sall, together with OIC Secretary General Dr. Yousef bin Ahmed Al-Othaimeen and the ministerial delegations participating in the session visited the exhibition.

On the opening day of the 11th Session of COMIAC, IRCICA Director General Dr. Halit Eren met with the Minister of External Affairs of Senegal Mr. Me Sidiki Kaba. Appreciation was expressed of the active cooperation between Senegal and IRCICA in various areas of culture.

During the period of the COMIAC Session, on 14 May 2018, IRCICA Director General Dr. Halit Eren also met with the Minister of Communication of Guinea-Bissau H.E. Mr. Victor Gomes Pereira. The meeting underscored ongoing working relations and cooperation between Guinea-Bissau and IRCICA.

COMIAC is one of the three ministerial standing committees of the OIC each chaired by a head of state which meet in ordinary sessions every three years, the two others being the Standing Committee for Economic and Commercial Cooperation (COMCEC) chaired by the President of the Republic of Turkey and the Standing Committee for Scientific and Technological Cooperation (COMSTECH) chaired by the President of the Islamic Republic of Pakistan.