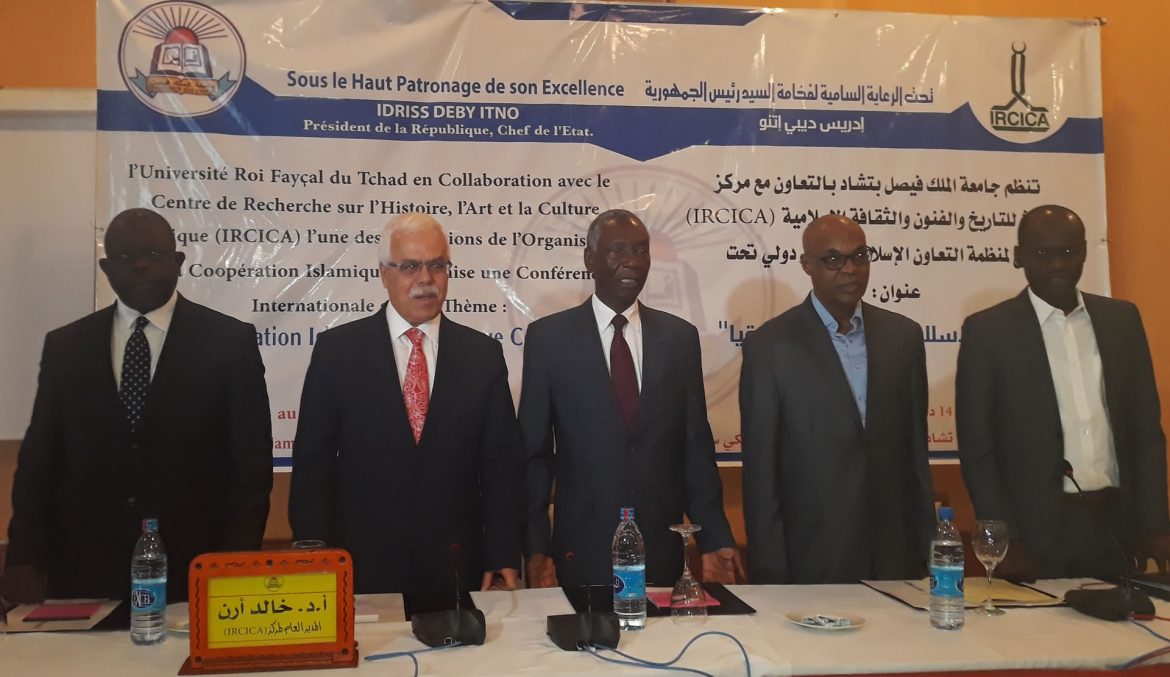 The international congress on “Islamic History and Civilization in the Central African Region” was organized by IRCICA jointly with King Faisal University of Chad under the patronage of the President of the Republic of Chad H.E. Idriss Deby, in N’Djamena, on 13-14 December 2019.

The congress was formally opened by the Minister of Higher Education, Research and Innovation of the Republic of Chad H.E. Dr. Houdeingar David Ngarimaden, who read the message of H.E. President Idriss Deby to the congress. In his message, the President underlined that the congress was an occasion to rediscover the true values of Islamic civilization.
The opening ceremony was addressed by: Director General of IRCICA Prof. Halit Eren; Vice-Chancellor of King Faisal University in Chad Prof. Muhammad Salih Ayuop; and, Secretary General of the University and Coordinator of the conference Dr. Abakar Modou. The Chairman of the High Council for Islamic Affairs of Chad, Mr. Mahamad Khatir Issa was also present at the ceremony, and later chaired the first working session. The Ambassadors of many countries, faculty members from all universities, and a large number of cultural personalities participated in the opening ceremony.

The congress was large scale and comprehensive in its scope. 55 scholars and researchers from all over Africa and other countries presented research papers focusing on diverse aspects of Islamic history in Central Africa covering all parts of the region. The participants were from 19 countries: Algeria, Angola, Burundi, Cameroon, Chad, Central African Republic, Congo Brazzaville, Democratic Congo, Gabon, Equatorial Guinea, Mali, Morocco, Niger, Nigeria, Mauritania, Senegal, Sudan, Tunisia and Turkey.

The themes, and the papers, delivered in Arabic, French or English, were as follows.

Dr. Mohamed Ahmed Baba (Cameroon)
“The factors of establishment of Islamic culture in the North of Cameroon”

Dr. Alion Deme (Senegal)
“The influence of the early Islamic empires of West Africa on expansion and promotion in Central Africa”

Dr. Habbo Tijani Mustafa (Chad)
“Royal communications at the time of the Islamic kingdoms in Chad: Ouadday Sultanate as an example”

Prof.Dr. Shuaibu Shehu (Nigeria)
“The Mahdi tradition and its impact on the State of Borno and Adamawa”

Prof.Dr. Jimada Idris Shaaba (Nigeria)
“The role of HAJJ in the development of cultural and intellectual relationship between Bilad al-Sudan, Maghreb and Middle East”

Dr. Hadjila Larbi (Algeria)
“The contribution of scholars to the development of Arab-Islamic education in the Kingdom of Kanem-Borno of the xith-xvith centuries”

Dr. Emna Abdullah Naabi (Nigeria)
“The impact of the Islamic Sultanate of Sokoto on the Islamic sultanates of Central Africa”

Dr. Mohamed Ali Afin (Iraq)
“The role of Muslim merchants on the dissemination and development of Islam in Central Sudan: Kanem Kingdom as an example”

Prof.Dr. Ahmed Mortada (Nigeria)
“The impact of the scientific movement on the establishment of Islamic civilization in Central Africa”

Dr. Ahmed Qassim Ahmed (Chad)
“The cultural impact of the centers for the dissemination of Arab-Islamic culture in subsaharian Africa”

Mohamed Sanda Martins (Angola)
“The situation of Islam in Angola”

Dr. Michaela Saleh (Cameroon)
“Islamic culture before and after colonialism in the Republic of Cameroon”

Prof.Dr. Mohamed Al Nazif Yousef (Chad)
“The Kingdom of Baguirmi and the role of its scholars in the dissemination of Islamic culture: the family of Cadi Mohamed Nour Al Dalil as example”

Dr. Mohammed Ali Aissa Hamida (Chad)
“The establishments of higher education and their role in the dissemination of Islamic culture in Central Africa (King Faisal University as an example)”

Dr. İsa Gökgedik (Turkey)
“The political impact of Ottomans in the region of Chad in the XIXth century in the light of the ashrafiyya documents”

Dr. Kassim Jaffar (Burundi)
“The socio-economic impact of colonization on the Muslims of Central Africa: the case of Burundi”

Dr. Famba Ali Hemedi (Congo)
“The socio-economic impact of colonization on the Muslims of Central Africa”

Dr. Oumarou Ibrahim (Congo-Brazzaville)
“Contributions of Rwandan Muslims to the development of the country in the past and at present”

Dr. Rima Flanga (Congo)
“The evolution of the Muslim woman in the Democratic Republic of Congo”

Dr. Hawwa Musa Idris (Chad)
“The contribution of women on the development of Islam in Africa”

Dr. Samira Belarbi (Tunisia)
“Scientific life in the Kingdom of Kanem Borno and the role of Imam Mohamed Mani and Imam Ahmed Furtu”

Dr. Ibrahim Bourma Ahmed (Chad)
“The economic effects of colonialism on the Muslims of Central Africa”

Dr. Osman Ahmed Osman (Chad)
“The cultural effects of colonialism on the Muslims of Central Africa”

Dr. Mohamed Khalifa Seddiq (Sudan)
“The role of Islamic civilization in the Chad Basin: Rabeh Fadlallah as an example”

Dr. Ahmed ar-Rifa’i Mahmoud (Chad)
“The role of Sufism in the dissemination of Arabic literature in Central Africa (the poet Ali Adam Bahr as an example)”

Dr. Aboubakrouler Madou (Chad)
“The impact of Islamic culture on the orientation of Arabic education in Africa” 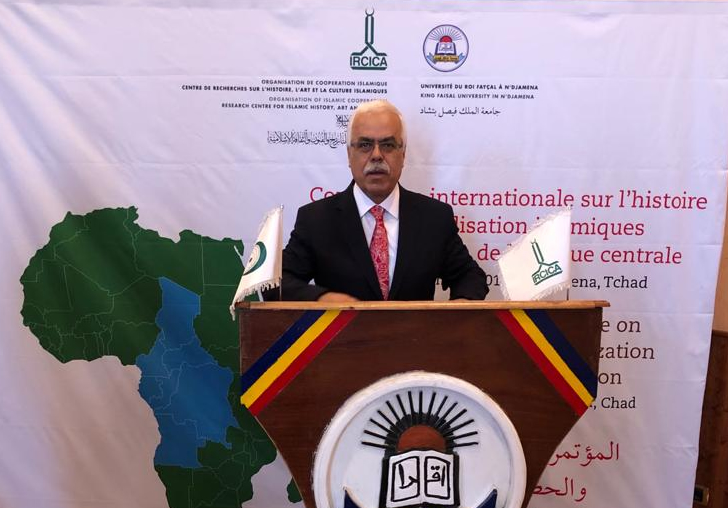 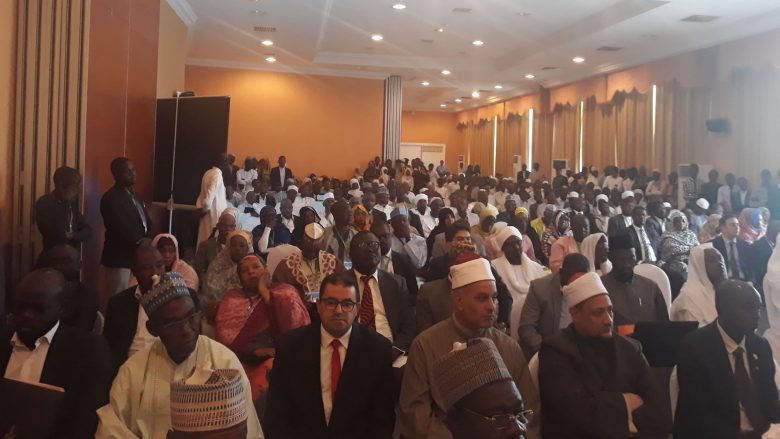