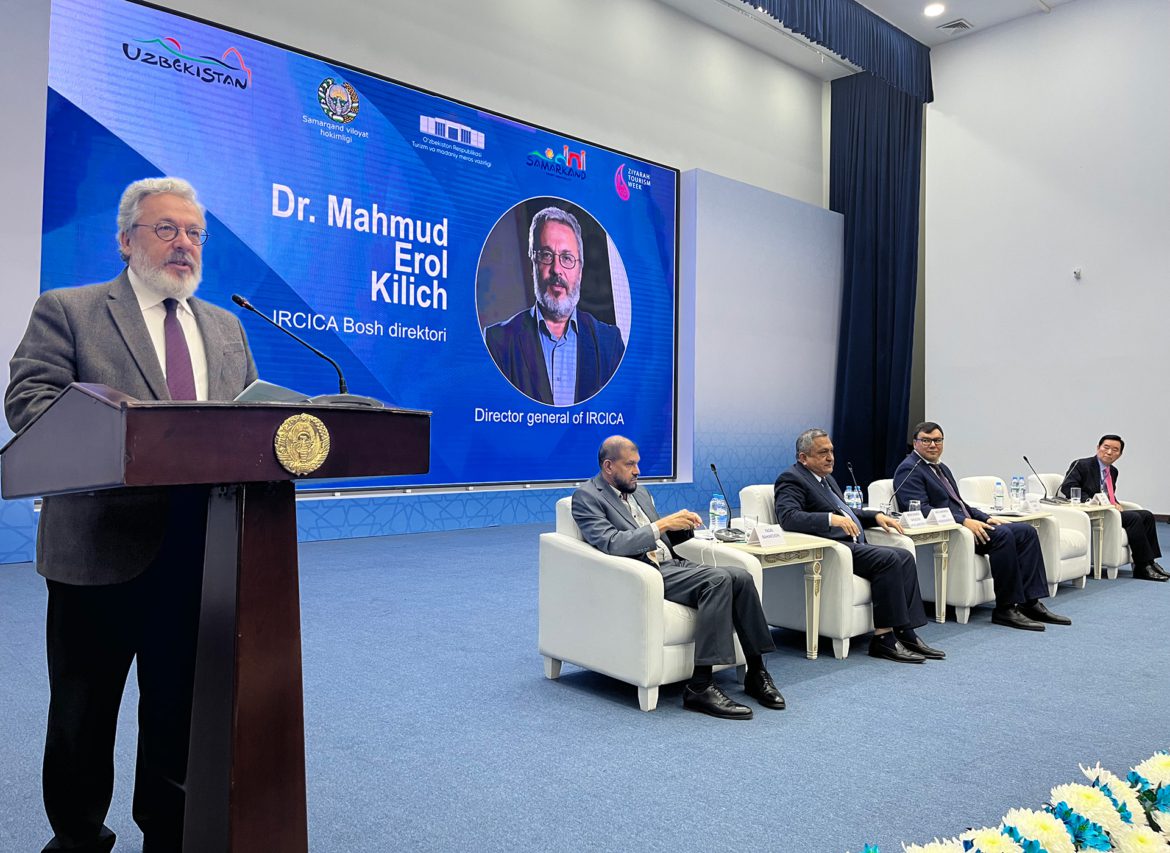 The rich diversity of book arts and traditional handicrafts of Central Asia and the Islamic world is given public view in Samarkand to around 300 from abroad visiting Uzbekistan during the “International Ziyarah Tourism Week”. The International Forum “Central Asia – Center for Islamic Art” organized by the Ministry of Tourism and Cultural Heritage of the Republic of Uzbekistan, Imam Bukhari International Scientific Research Center (Samarkand) and IRCICA kicked off on 1 November 2022. The opening ceremony was officiated by the Minister of Tourism and Cultural Heritage of the Republic of Uzbekistan, Mr. Aziz Abdukhakimov; the Governor of Samarkand region, Mr. Erkinjon Turdimov; the Director General of IRCICA Prof. Dr. Mahmud Erol Kılıç; the Director of the Center of Islamic Civilization in Uzbekistan, Dr. Shoazim Minovarov; the Chairman of Korea Muslim Federation Mr. Kim Don Yok.