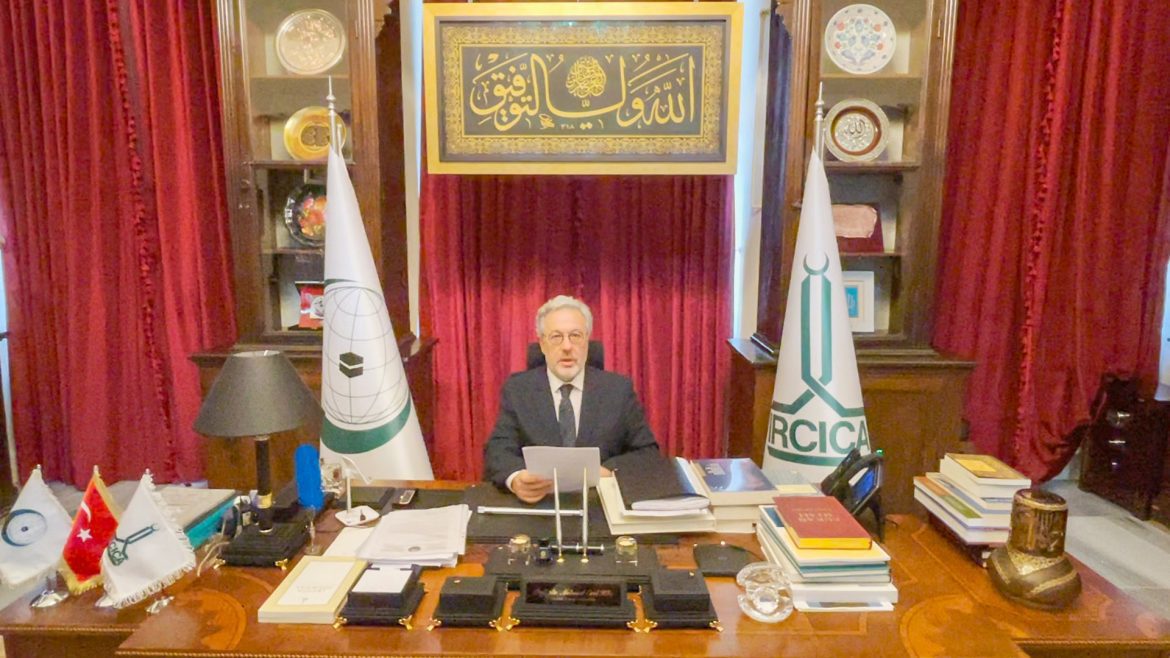 Imam Termizi International Scientific-Research Center in Termez, Uzbekistan, has organized an international online scientific symposium themed “The Contribution of Termez Scholars to the Development of Islamic and World Civilization” on 23 June 2021. Scholars and specialists from universities and research centers in Afghanistan, Egypt, India, Iraq, Pakistan, Russia, Turkey, U.K., U.S.A. and Uzbekistan participated in the conference. The addresses delivered at the opening session and the papers presented during the working sessions evoked the intellectual climate and the trends of scholarship in Termez and its region as they evolved during the early centuries of Islam in Central Asia. Some of the numerous works written by Termizi scholars in the fields of Islamic exegesis, sciences of the Hadith – traditions of Prophet Muhammadsaw, and Sufism, were underscored, developments in research, teaching and publications about these works were evaluated.

Surkhandarya Governor Mr. Tura Bobolov commended the conference and the joining of a large number of specialists online, from various countries, in an endeavor to study the legacy of the great Islamic scholars and transfer the resulting knowledge to younger generations of researchers. The Governor underlined the importance of the task of Imam Termizi Center, which was established by Decree of the President of Uzbekistan H.E. Shavkat Mirziyoyev signed on 14 February 2017, in highlighting the legacy of the great scholar Abu Isa al-Termizi (Imam Termizi). Governor Bobolov said the works of Imam Termizi and the other scholars of the region are known and studied in all countries of the world.

Ambassador Dr. Shoazim Minovarov, Adviser to the President of the Republic of Uzbekistan and Director of the Center for Islamic Civilization in Uzbekistan, said that in conformity with the very first word of Allah Almightyjjh in the Holy Quran: “Iqra’!”, the Islamic sciences had progressed through successions of scholars in Termez and elsewhere. The Golden Age of Islam contributed greatly to world civilization through the successions of scholars who emanated from Termez and other regions. Minovarov said that the legacy of Termizi scholars is part of the heritage of the peoples in Mavaraunnahr and also that of the entire Islamic world and whole world civilization: peoples of the world can come together around this heritage.

Ambassador Prof. Dr. Mahmud Erol Kılıç, Director General of IRCICA, delivered an address at the opening session, pointing out that the Islamic scholarship of Termez constitutes an important asset within the Islamic scientific and spiritual heritage and therefore also in the context of world civilization. The Director General underlined the importance of the role of Imam Termizi Center in highlighting this heritage. Ambassador Kılıç stated that Termez has been a cradle of intellectual and spiritual advancements starting from the early history of Islam in Central Asia; it gave birth to prominent scholars who worked in all Islamic sciences, especially Quranic exegesis and jurisprudence, collection and scientific study of Hadiths, theory and practical application of Sufism. Some prominent Sufi teachers influential all over the Islamic world are associated with Termez and all sciences progressed in Termez in close contact with other main centers of learning and science in the Islamic world. In this regard, Prof. Kılıç cited some of the illustrious Termizi scholars and their works that were studied, quoted and commented upon by eminent scholars of later times. The Director General also outlined IRCICA’s activities relating to the works of the prominent Islamic scholars in the context of its mandate as the OIC’s research centre working on the history and heritage of Islamic civilization.

In his speech at the opening session, Mufti Usmankhan Alimov, Chairman of the Muslim Board of Uzbekistan, drew the framework and explained the importance of promoting the study of the great ulama’s works from theoretical and practical perspectives, in the Islamic world and in the context of other civilizations.

The activities of Imam Termizi Center were introduced with a video presentation.

The conference’s working sessions heard lectures and papers specialized on various aspects of the works of Termizi scholars, illustrating the areas and features of their contributions in their respective fields of reference.

In his lecture, the Vice-Rector of the International Islamic Academy of Uzbekistan Prof. Dr. Zokhidjon Islamov expressed his appreciation of the academic interest shown to the heritage of Termizi scholars from all over the world. Prof. Islamov pointed to the inexhaustibility of this heritage, which would still have much knowledge to reveal even if it were studied for a thousand years. Prof. Islamov spoke of the considerable volume of the written heritage of Uzbekistan which is located abroad, in the funds of manuscripts in various countries; this heritage is also being recorded and studied under state policies.