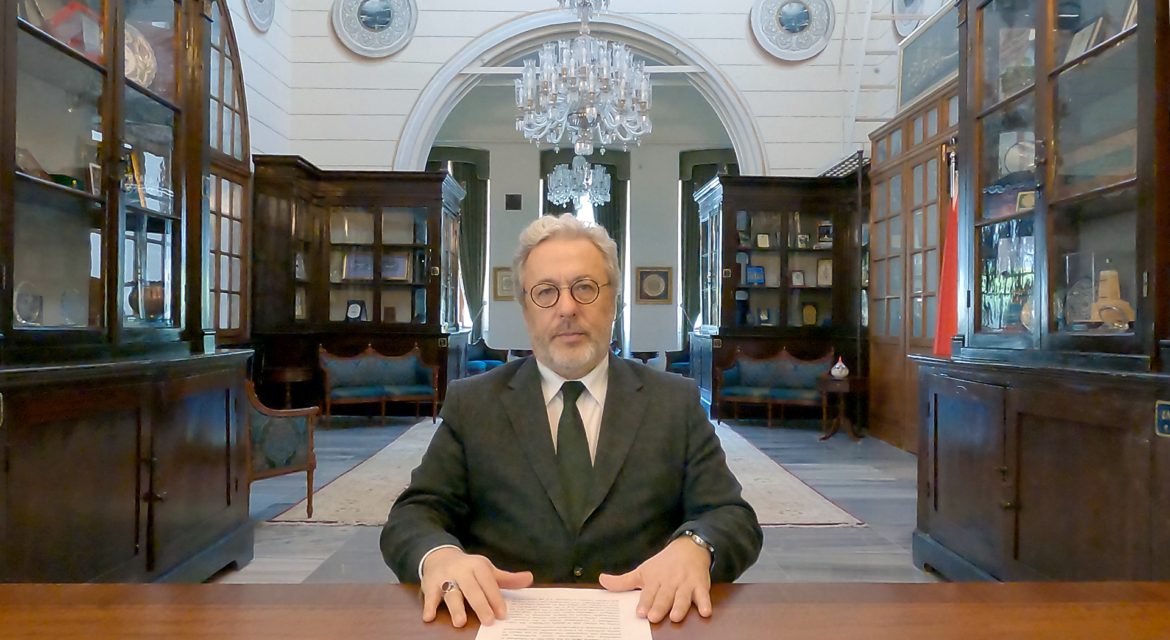 The conference brought together researchers and scientists from around the world who are engaged in the study of Islamic sciences in the heritage of Oriental scholars. It focused on topics such as the development of natural and exact sciences in Mawaraunnahr, the influence of Muslim scholars on the development of world science, the coverage of the issue of intercultural tolerance in the works of Muslim philosophers, among others. Speaking at the plenary opening session, Dr. Muzaffar Kamilov, Adviser to the President of the Republic of Uzbekistan, Rector of the International Islamic Academy of Uzbekistan, underlined that the scientific activities carried out by Eastern people and specifically in Central Asia during the 9th-11th centuries and the institutions such as the Bait al-Hikmah in Bagdad are recognized all over the world and their discoveries are still embodied in European sciences. He evoked the major figures having made discoveries in each field of science. The plenary also heard the addresses of Grand Mufti Nuriddin Kholiknazarov, Chairman of the Muslim Board of Uzbekistan; Grand Mufti Nauryzbai Kazhy Taganuly, Chairman of the Spiritual Administration of Muslims of Kazakhstan; Grand Mufti Zamir Kary Rakiev, Chairman of the Muslim Board of Kyrgyzstan; Dr. Salim al-Malik, Director General of the Islamic World Educational, Scientific and Cultural Organization (ICESCO). In his scholarly address to the same session, the Director General of IRCICA, Prof. Dr. Mahmud Erol Kılıç highlighted the central role played by scientists and philosophers of the Golden Age in the history of world civilization with the transmission of their works into Europe and also other cultures and civilizations around the world starting from medieval times, and also, in recent centuries, by their teachings and heritage forming common grounds for rapprochement among the Muslim peoples and communities around the concept of Islamic cultural solidarity.

At the second session, moderated by Prof. Dr. Ashirbek Muminov, Advisor to the Director General of IRCICA, and Dr. Saidmukhtor Akilov, Associate Professor at the International Islamic Academy of Uzbekistan, a comprehensive presentation was made by Prof. Muminov together with Mr. Veysel Bulut, Researcher, IRCICA, on the project they are conducting jointly at IRCICA to compile a comprehensive bibliography of the copies of the works of Ibn Sina preserved in the libraries of Turkey. Prof. Muminov spoke of the theoretical aspects – background, objectives, necessity, and scientific importance of the project, taking into consideration the knowledge and records available previously. Mr. Bulut described the methods followed and technical aspects of the compilation of information about each copy of Kitab ash-Shifa and Qanun fi’l-Tibb found in the libraries. He gave figures relating to the copies assessed, which had added to the numbers that were known through earlier bibliographies.