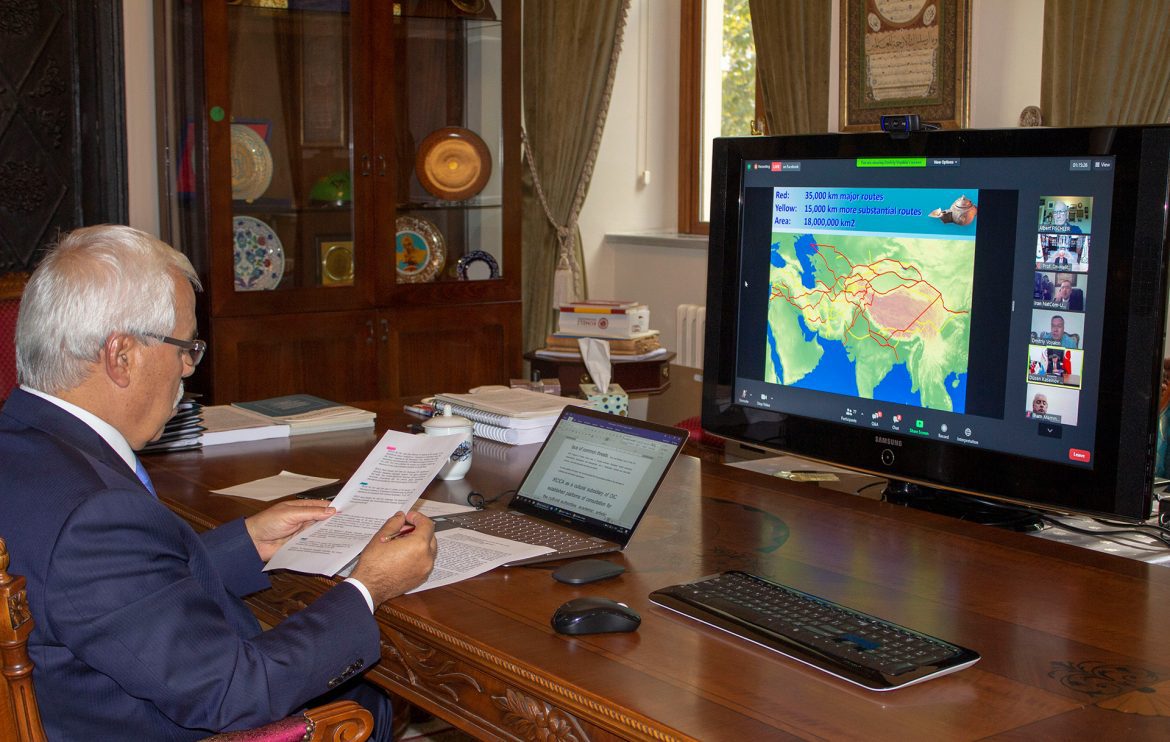 International Turkic Academy based in Nur-Sultan, Kazakhstan organized, with the cooperation of UNESCO, the International Virtual Conference on “Consonance of Civilizations along the Silk Road” dedicated to the 1150th Birth Anniversary of the great philosopher Abu Nasr Al-Farabi; the conference was held on 19 October 2020. The conference highlighted the theme of the Silk Road as a common component of the historical and cultural heritage of Turkic peoples all of which are located on the Silk Road. Scholars and specialists of international relations, history, cultural heritage and connected disciplines, heads of international organizations and diplomatic missions came together on this occasion.

Prof. Dr. Halit Eren, Director General of IRCICA, pointed out, in his address, that the Great Silk Road played a unique role in history by linking together peoples in various parts of Asia and Europe thus promoting economic, diplomatic and cultural relations of their diverse peoples and fostering collaboration. In recognition of this all-encompassing experience, in recent times the name of the Silk Road has acquired additional sense indicating a network of communications and a sphere of mutual understanding and cooperation. In this sense, it conveys a spirit of great value for the present and the future. Prof. Eren said that underlining the theme of consonance of civilizations along the lines of the Silk Road paradigm and dedicating it to the great philosopher Al-Farabi creates an inspiring context for refreshing and deepening many crucial concepts that connect peoples in the context of present-time realities. In the present period of the pandemic, achievement of compatibility within diversity and consonance towards common goals among peoples of the world becomes crucial.