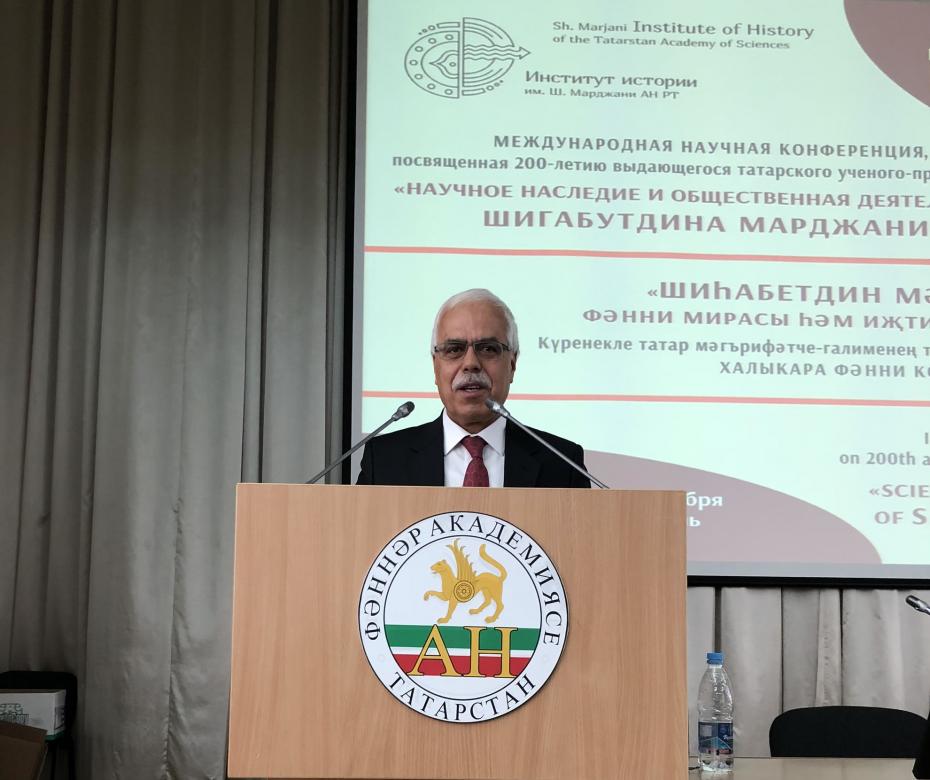 The conference heard papers which altogether underscored cultural achievements of Muslim scholars recorded in Tatarstan and its region, with focus on Marjani and his works. In his address, IRCICA Director General Prof. Halit Eren said that given the importance of the scholarly heritage of Marjani, IRCICA devotes interest to studies on his works within its projects concerning the history of culture in Tatarstan and its region. Dr. Eren gave spoke of the academic cooperation between IRCICA on one hand and the universities of the Russian Federation and Tatarstan on the other.

On the eve of the conference, 29 September 2018, Prof. Halit Eren, Director General of IRCICA, gave a lecture in class at the Islamic Academy of Bolgar. The lecture covered topics in international relations of the Muslim world, the Organization of Islamic Cooperation, and its centre for studies in Islamic culture and civilization, IRCICA.