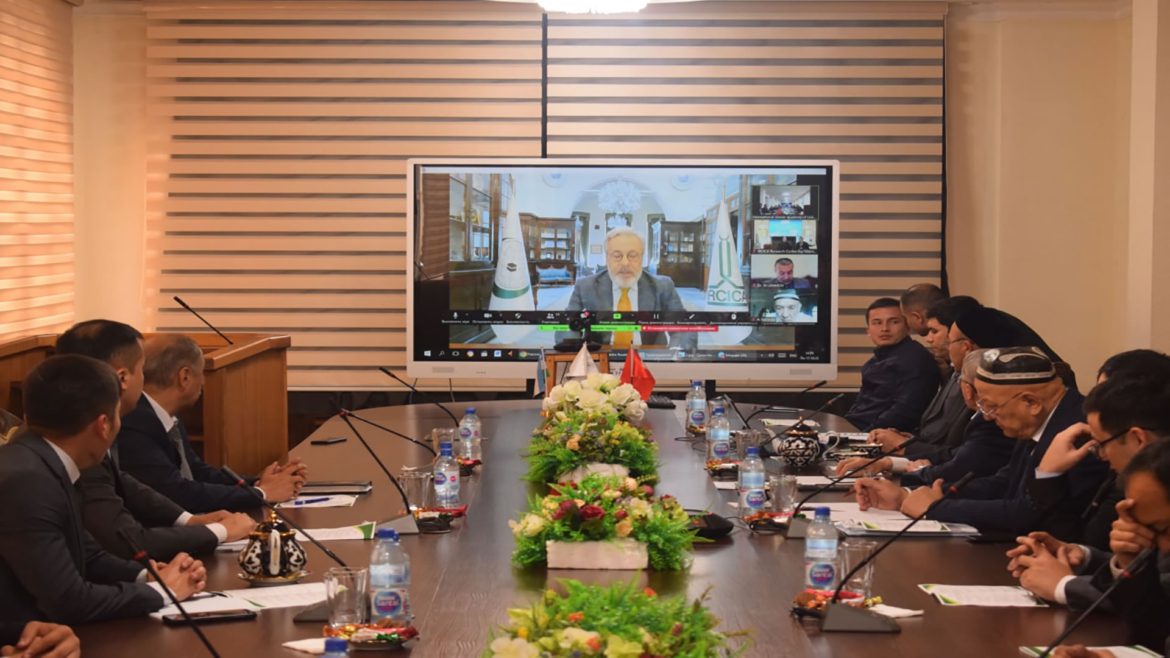 The Third International Conference on “Islamic Civilization in Central Asia: Past and Present” was organized by IRCICA and the International Islamic Academy of Uzbekistan through the IRCICA Chair for Islamic History and Source Studies, on 17 October 2022. The online conference, coordinated from Tashkent, was opened by Dr. Muzaffar Kamilov, Adviser to the President of the Republic of Uzbekistan on Cooperation with Public and Religious Organizations, Rector of the International Islamic Academy of Uzbekistan, and Ambassador Prof. Dr. Mahmud Erol Kılıç, Director General of IRCICA. The first two conferences in the series were held on 14 October 2020 and 14 October 2021 respectively; their proceedings were published by the two organizing institutions. The Director General of IRCICA underlined in his address, that this continuity, coupled with the sustained rate of participation, helped to develop and diversify the thematic scope of the conference. The Rector of the Academy emphasized the importance of sharing internationally the results of scholarly studies that are conducted in common fields of interest within the framework of Islamic studies. The session was followed by a conference of young researchers led by the IRCICA Chair in the halls of the Academy with the participation of close to 100 graduate students and young academicians.

According to the conference concept, the online international session heard presentations by scholars and senior researchers on highly diverse topics in Islamic studies and research, to widen the research interests and perspectives of aspiring scholars. The online conference heard presentations by scholars and researchers from universities in Central Asia and IRCICA.