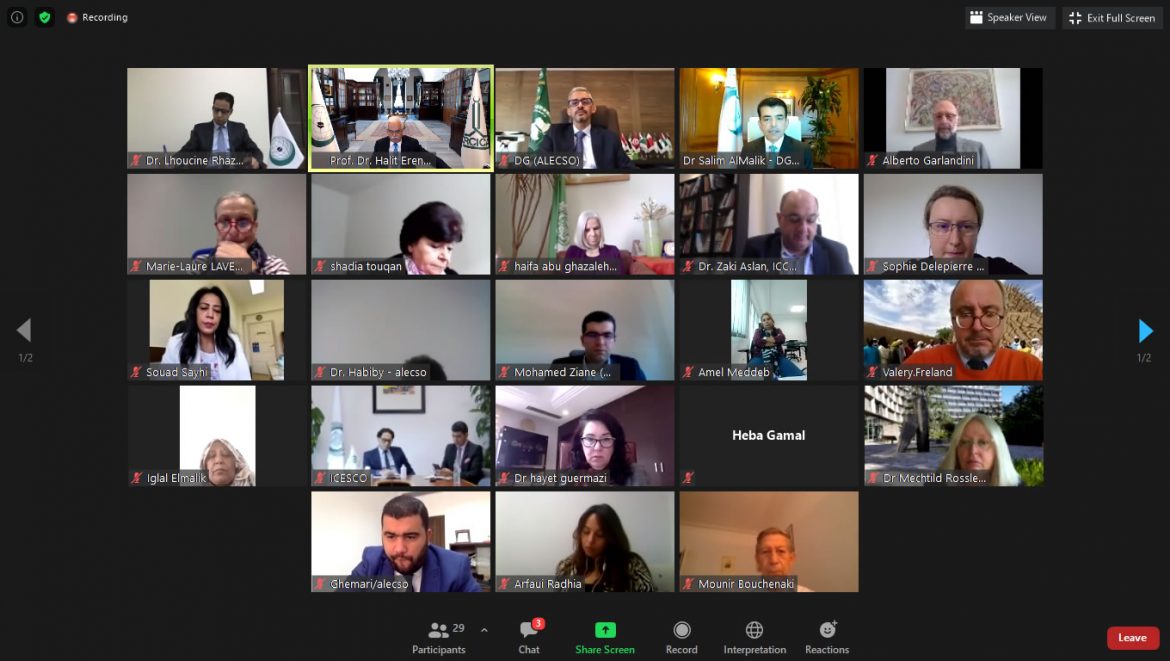 A virtual coordination meeting was organized by the Arab League Educational, Cultural and Scientific Organization (ALECSO, Tunisia) on 13 October 2020, on “supporting the efforts of Arab countries to protect their heritage properties in times of crisis”, with the participation of experts and heads of international organizations namely the OIC, the Arab League, UNESCO, IRCICA, ICESCO, the International Council of Monuments and Sites (ICOMOS), the International Council of Museums (ICOM), the International Alliance for the Protection of Heritage in conflict areas (ALIPH), ICCROM-Sharjah, the Arab Regional Center for World Heritage (ARC-WH, Bahrain), and the Arab Towns Organization. Representatives of cultural circles and officials from countries witnessing threats to their heritage properties (Lebanon, Iraq, Yemen, Libya and Sudan) participated in the online meeting.

The meeting was opened by H.E. Prof. Dr. Mohamed Ould Amar, Director-General of ALECSO, who renewed his organization’s commitment to assisting the efforts made to preserve and protect cultural heritage especially in countries undergoing exceptional circumstances. The opening session heard the addresses of: H.E. Ambassador Haifa Abu Ghazaleh, Assistant Secretary-General and Head of the Social Affairs Department at the Arab League; H.E. Dr. Al-Hussein Ghazawi, Director of Cultural Affairs at the OIC, and H.E. Dr. Salem Al-Malik, Director-General of ICESCO.

In his address, Prof. Dr. Halit Eren, Director-General of IRCICA, emphasized the importance of preserving Cultural Heritage, which represents the history of the Muslim Ummah and constitutes an integral part of world heritage. “It is clear that the cities where arts and sciences, buildings and monuments flourished reflecting the different customs and traditions cultivated over centuries, are being destroyed and pillaged in various parts of the world as in Jerusalem, Palestine, Iraq, Syria, Yemen, Libya and elsewhere”, he said. Prof. Dr. Eren stated that IRCICA has mobilized all its capabilities and experiences gained over four decades of continuous work to contribute to protecting and preserving cultural heritage. He said that the Centre has deployed great efforts in this field, either through the long-term projects included in its research programs on cultural heritage or via cooperation agreements with concerned authorities of its member states for joint studies, conferences or training programs.

IRCICA Director General, called on international and regional organizations and institutions concerned to respond to the need for coordination among them in order to limit the damages; identify priorities for intervention; form a committee of experts to work on the preparation of studies and reports on the status of heritage and ways to protect it; and to provide consultations and exchange administrative and technical expertise. Prof. Eren renewed the call to the OIC Member States, including Arab states, regional organizations and universities to actively participate in expanding the “IRCICA – Prince Sultan bin Salman Islamic Architectural Heritage Database” by registering their properties in this database, where entries for Islamic sites and monuments include files of descriptive information about their properties, history, functions, physical conditions past and present, restorations and alterations they underwent, and other relevant information.

Prof. Eren stressed the need for all countries to implement the necessary concrete measures to curb acts of pillage and vandalism suffered by cultural heritage; prevent its trafficking; stop clandestine excavations and illicit exports; and confiscate smuggled materials to be returned to their country of origin, as stipulated by several international agreements.

Director General Prof. Dr. Halit Eren concluded his address by stressing that goals sought in the field of protecting cultural heritage properties cannot be achieved without the concerted efforts of the Member States of the two organizations – OIC, Arab League – and working as a united international team, pointing out that consolidating the values of peace and peaceful coexistence between societies and spreading the principles of tolerance and understanding and combating extremism, violence and hatred also acquire great importance in the current circumstances.

At the end of the coordination meeting, it was decided to form a reduced working group to set the priorities, type and levels of intervention, and to propose two pilot projects to be implemented as soon as possible, with priority given to Lebanon, Libya, Iraq, Yemen and Sudan. 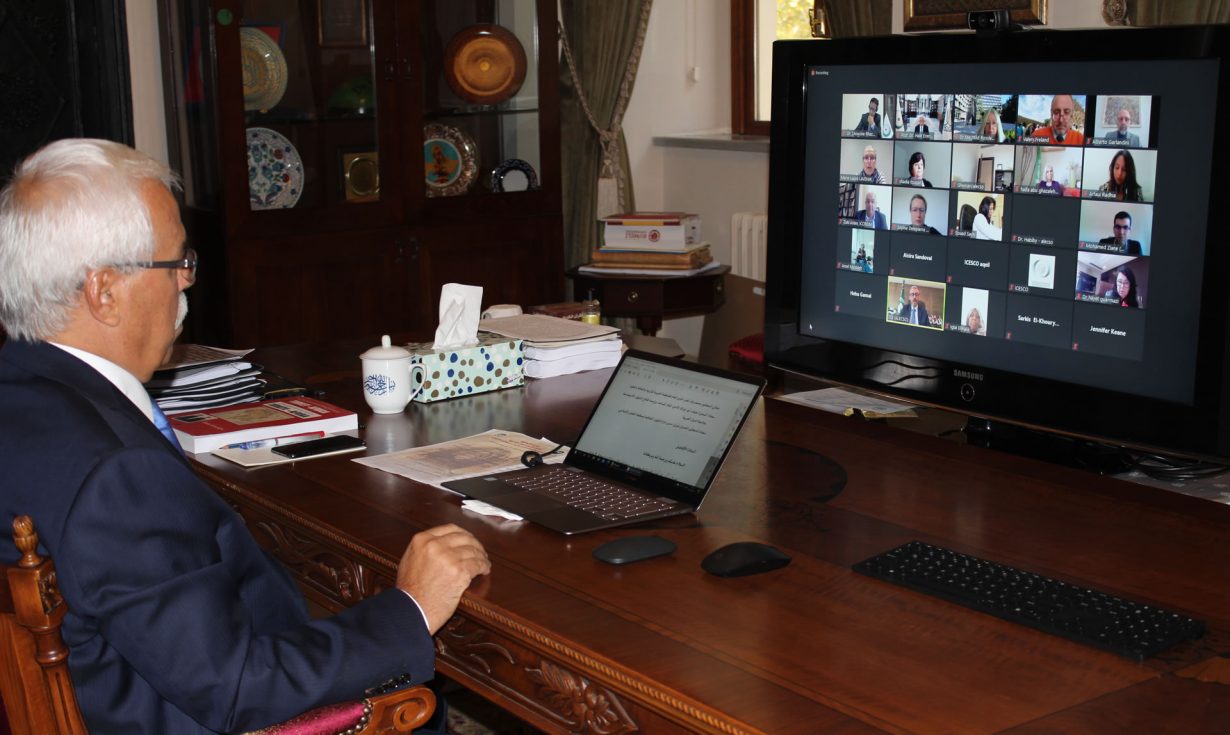