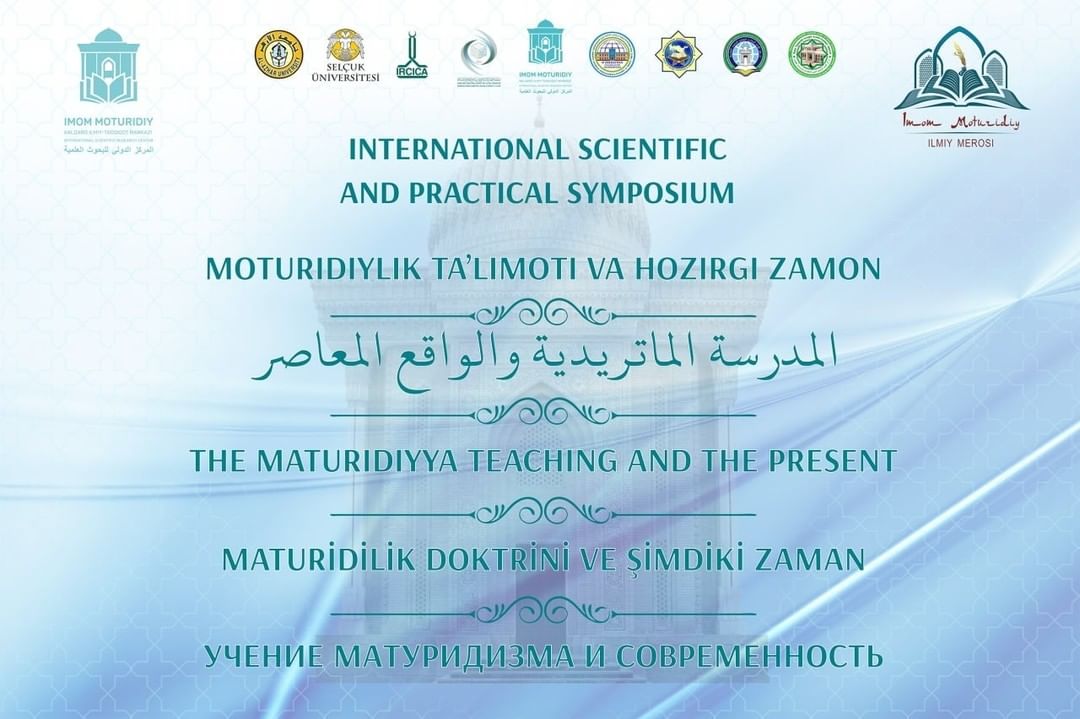 The Director General of IRCICA Ambassador Prof. Dr. Mahmud Erol Kılıç addressed the Second International Symposium on “The Maturidiyya Teaching and the Present”

The Second International Online Scientific-Practical Symposium on “The Maturidiyya Teaching and the Present” was organized by the Imam Maturidi International Scientific-Research Center under the International Islamic Academy of Uzbekistan, Tashkent, in cooperation with IRCICA, on 26 May 2022.  The first symposium was conducted by the two institutions one year before.

The opening ceremony was moderated by Prof. Dr. Zohidjon Islamov, Vice-Rector for Research and Innovation of the International Islamic Academy of Uzbekistan. The Introductory Speech was given by Dr. Muzaffar Kamilov, Adviser to the President of the Republic of Uzbekistan, Rector of the International Islamic Academy of Uzbekistan. Congratulatory speeches at the opening were by: Dr. Salim al-Malik, Director General of ICESCO (Rabat); Mr. Sodiq Toshboev, Chairman of the Committee on Religious Affairs under the Cabinet of Ministers of the Republic of Uzbekistan; Ambassador Prof. Dr. Mahmud Erol Kılıç, Director General, IRCICA; Grand Mufti Nuriddin Khaliqnazarov, Chairman of the Muslim Board of Uzbekistan; Prof. Dr. Recep Tuzcu, Director of the Imam Maturidi Research Center at Seljuk University (Konya).

Prof. Dr. Mahmud Erol Kılıç, Director General of IRCICA, alluded, in his address, to the hundreds of Islamic scholars and scientists of Uzbekistan and Central Asia who earned distinguished places not only in the Islamic world but in global civilization. Prof. Kılıç outlined IRCICA’s research projects aiming to highlight the works of the prominent Islamic scholars and scientists having lived in different regions of the Muslim world. The Director General said that one of the main subjects of study in this field is the vast spiritual and scientific heritage of Abu Mansur al-Maturidi, and underlined the importance of the work conducted by the Imam Maturidi International Scientific Research Center, Tashkent, as well as various institutes affiliated to universities in the OIC Member States.

The themes of the working sessions were: