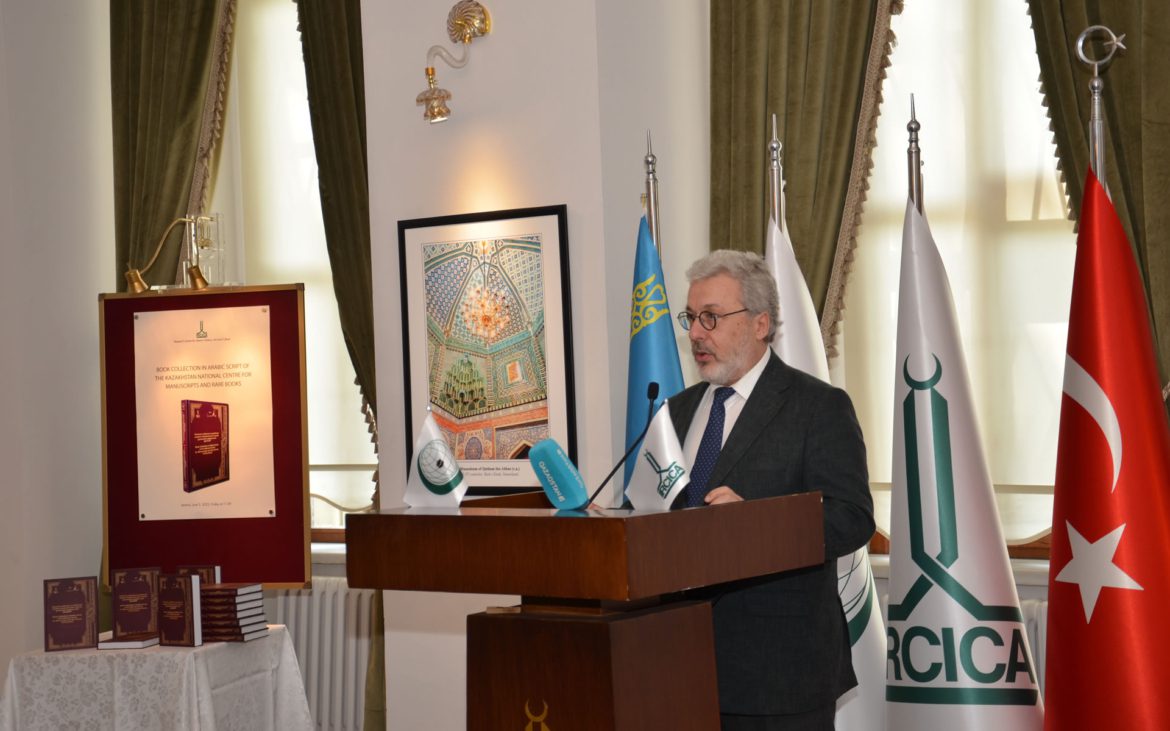 An international Book Launch was held at IRCICA on 3 June 2022 for the Catalogue of the “Book Collection in Arabic Script of the Kazakhstan National Centre for Manuscripts and Rare Books” jointly prepared by scholars and experts from the National Center and IRCICA and published in Nur-Sultan in December 2021. The National Center is attached to the Committee for Archives and Documentation Management of the Ministry of Culture and Sports of the Republic of Kazakhstan. The book launch was held in the presence of H.E. Mr. Alim Bayel, Consul General of the Republic of Kazakhstan in Istanbul; Dr. Zhandos Boldykov, Director, National Center for Manuscripts and Rare Books, together with scholars and researchers from Kazakhstan and local academic circles.

The Director General of IRCICA, Ambassador Prof. Dr. Mahmud Erol Kılıç expressed his pleasure that with this publication, the cooperation established between IRCICA and the Republic of Kazakhstan, the National Center for Manuscripts and Rare Books in particular, gave another valuable outcome. Prof. Kılıç underlined the significance of the book as an inventory of Arabic-script sources relevant for studies in history, science and literature as well as for manuscript studies and codicology. The Director General also briefed the audience about earlier activities jointly organized by the National Center and IRCICA which include the workshop on “Islamic Manuscript Heritage in Kazakhstan: Research, Preservation and Personnel Training” an exhibition of calligraphy (Astana, 2018 and 2019 respectively). IRCICA Director General Prof. Kılıç thanked the Director and members of the National Center for Manuscripts and Rare Books for their cooperation in this project and also thanked the compilers of the catalogue, namely Ashirbek Muminov, Nurlan Erezhepov, Kamshat Parimbekova, Selahaddin Uygur, Almat Absalikov, Anuar Arykbaev and all other contributors.

The Consul General of the Republic of Kazakhstan, Mr. Alim Bayel congratulated the National Center for Manuscripts and Rare Books and IRCICA for the preparation and publication of the catalogue which reflects the importance given to the recording and the study of the written cultural heritage. The Consul General said that Kazakhstan, a young republic with a long history encompassing several states and civilizations including the Golden Horde and the Kazakh Khanate, gives importance to recovering, studying and presenting its written assets, which are preserved in collections within and outside the country. Following the speeches, the book was introduced to the audience by Dr. Zhandos Bekdildauly Boldykov, Director of the National Center for Manuscripts and Rare Books, Committee for Archives and Documentation Management of the Ministry of Culture and Sports of the Republic of Kazakhstan. Dr. Boldykov described the contents and the methodology of the catalogue, where the works are recorded under three sections: manuscripts, lithographed books, and rare printed publications. They consist of Arabic-script books in Arabic, Persian, Chaghatay-Turkic, Tatar and other languages. The majority are on Islamic jurisprudence (fiqh), Islamic theology (kalam), exegesis on the Holy Qur’an (tafsir), and Traditions (hadith). There are also manuscripts and printed books containing poetry, literary prose, philosophical essays, among others. 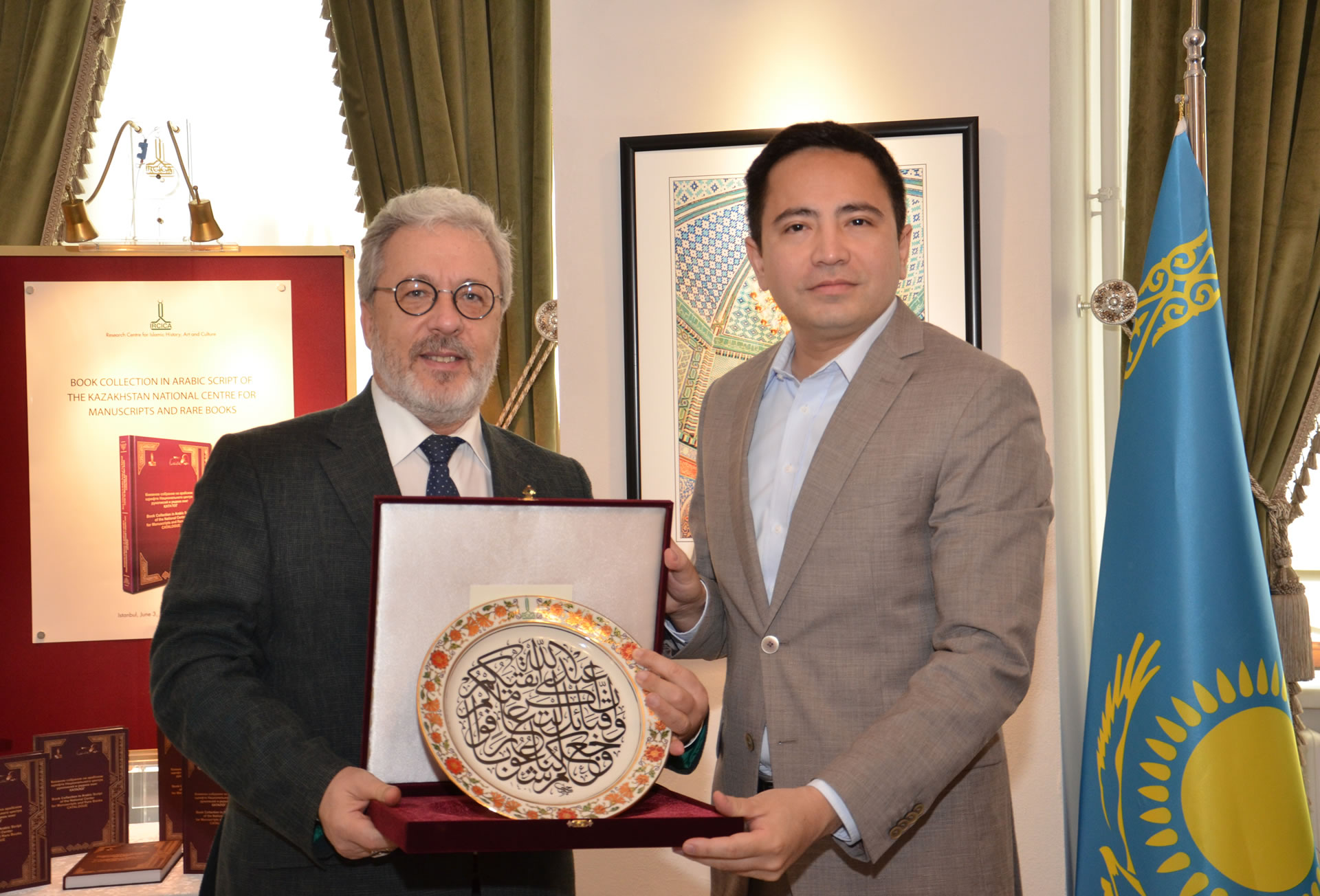 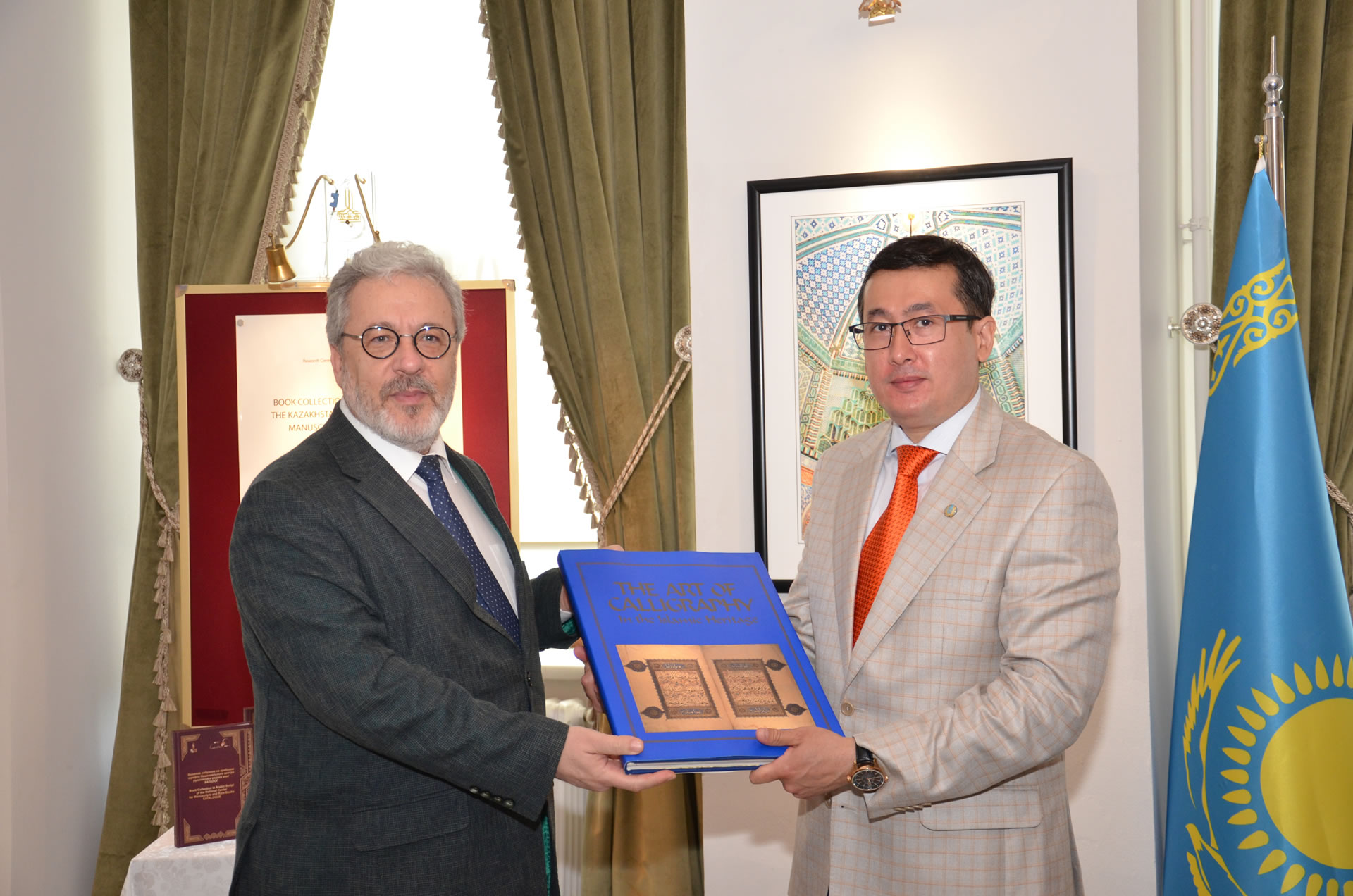 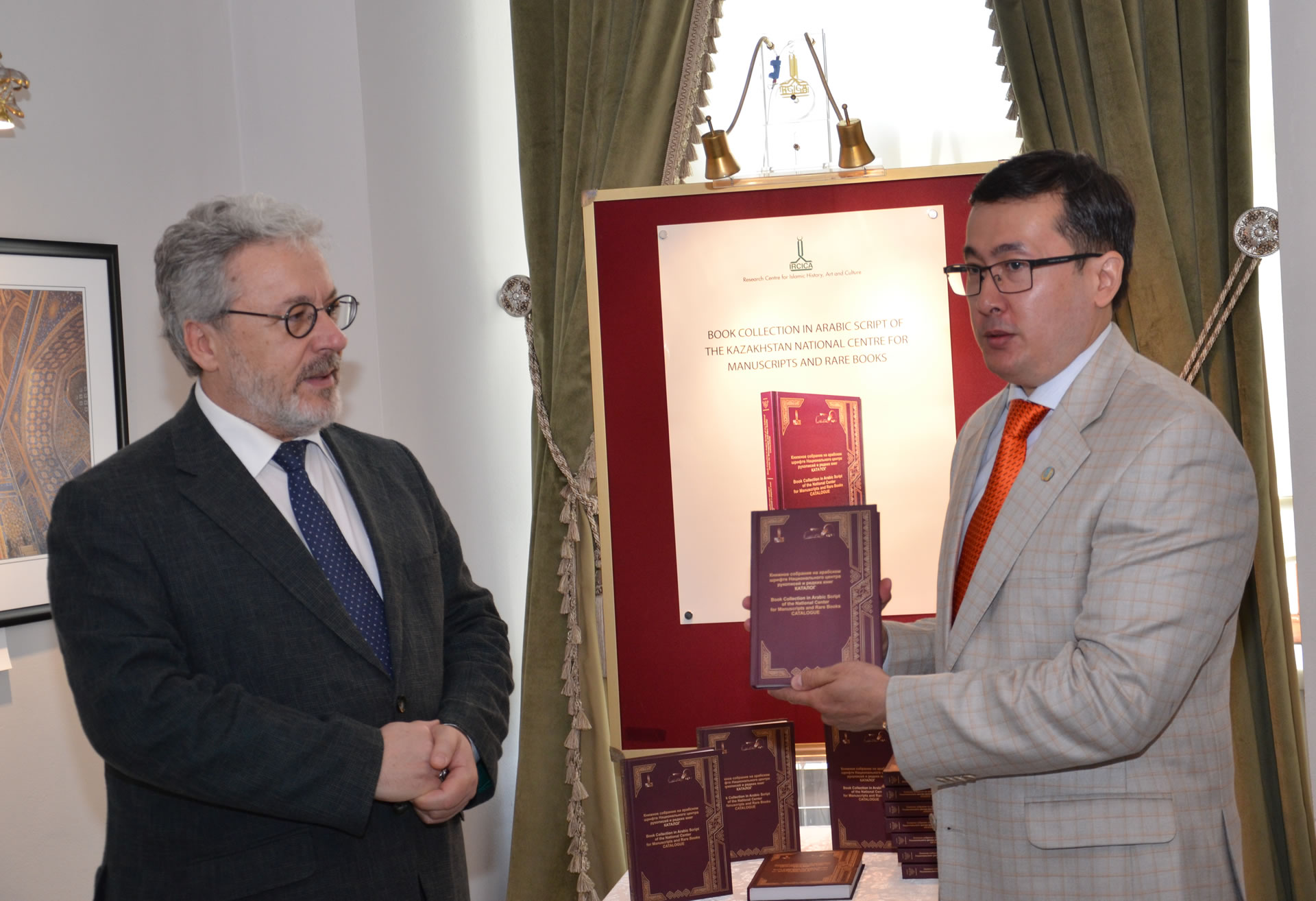