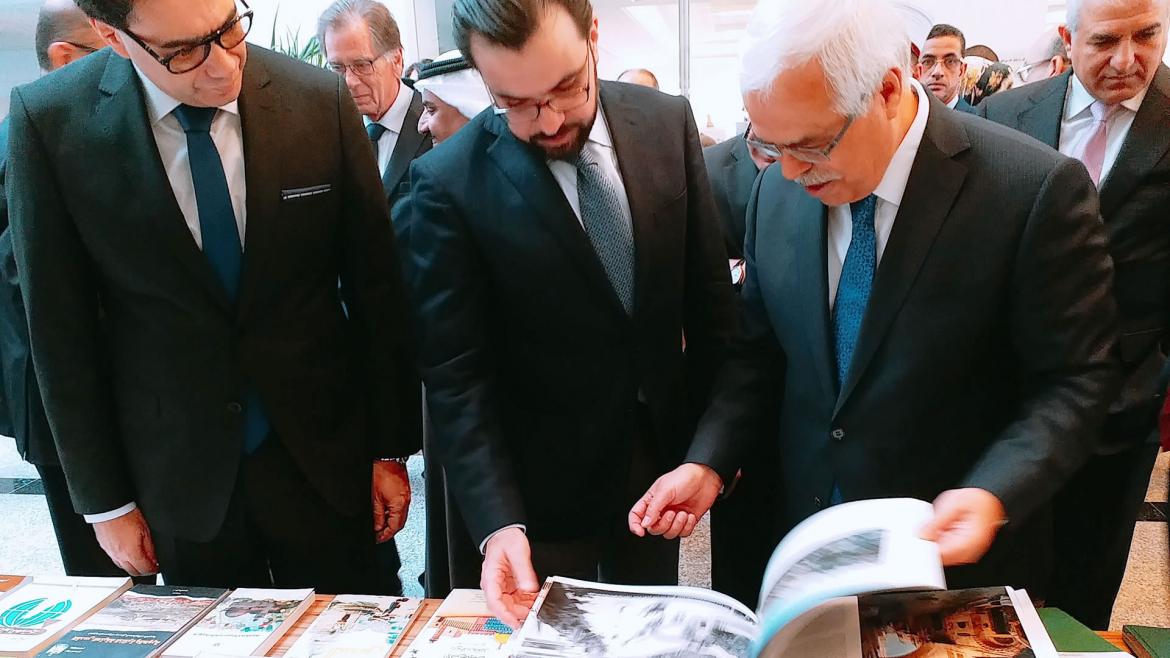 “Al-Quds in Historical Photographs” Exhibition organized jointly by IRCICA and ALESCO on the occasion of the 42nd Palestinian Land Day Tunis, 29 March 2018

An exhibition titled “Al-Quds in Historical Photographs” was opened jointly by IRCICA and ALESCO, on 29 March 2018 at ALESCO Headquarters in Tunis on the occasion of the 42nd Palestinian Land Day. Within the same commemoration program, ALESCO and the Embassy of Palestine in Tunis held a symposium on the theme “Al-Quds belongs to Palestine”.

On display at the exhibition were selections from the collections of photographs dating from the period of Sultan Abdulhamid II (late 19th – early 20th centuries) and contained in the archives of IRCICA.

The exhibition was officiated by Dr. Ihab Bseiso, Minister of Culture of Palestine and Dr. Mohamed Zine El Abidine, Minister of Culture of Tunisia. Dr. Abdul Latif Obeyd, Assistant Secretary General of the Arab League attended the opening. The Director General of IRCICA Dr. Halit Eren, the Director General of ALECSO Dr. Saud al-Harbi, Ambassadors of Arab and Islamic countries in Tunis were present. An audience from cultural, academic and media circles attended the opening.

On the occasion, Dr. Eren presented to Dr. Ihab Bseiso, Minister of Culture of Palestine a copy of the major album of historical photographs of al-Quds published by IRCICA.

The same day after the opening, IRCICA Director General paid a visit to Dr. Mohamed Zine El Abidine, Minister of Culture of Tunisia, at the Ministry. The meeting underscored existing and prospective developments in the cooperation between Tunisian cultural institutions and IRCICA. IRCICA Director General presented to Dr. Zine El Abidine a copy of the album of historical photographs of al-Quds published by IRCICA.

IRCICA Director General Dr. Halit Eren paid a visit to Dr. Saud Hilal al-Harbi, Director General of ALECSO, in his office on 29 March 2018 after the opening of the exhibition. Talks were exchanged on needs and possibilities of cooperation between IRCICA and ALECSO in areas of common concern.