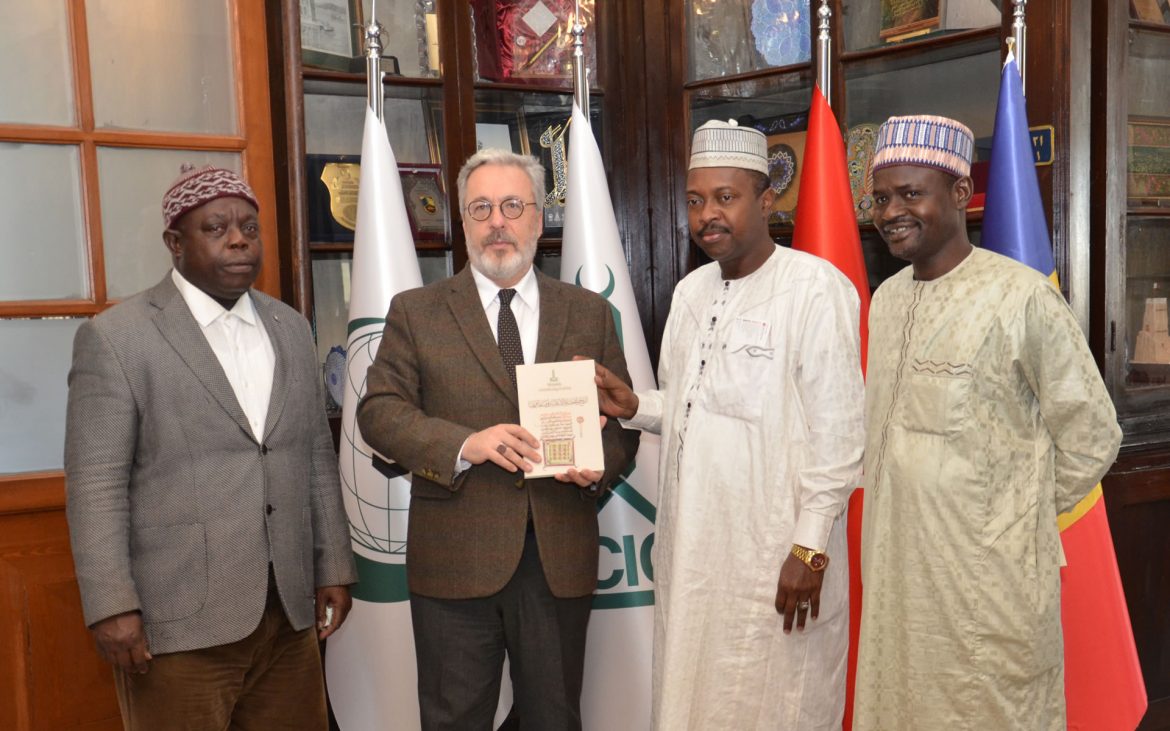 A delegation from the Republic of Chad visited IRCICA

Mr. Jibril Said Amme, Advisor to the President of the Republic of Chad for Religious Affairs and Sheikh Dr. Abakar Walar Modou, Vice-Rector of King Faisal University, N’Djamena and Secretary General of the League of Ulama, Preachers and Imams of Sahel Countries, visited Ambassador Prof. Dr. Mahmud Erol Kılıç, Director General of IRCICA, at the Centre’s headquarters on 15 February 2022. The guests congratulated the Director General on his taking the office. The discussions were centered around the existing cooperation between academic and cultural institutions of Chad and IRCICA and its future development.

A delegation from the High Authority of Waqfs...