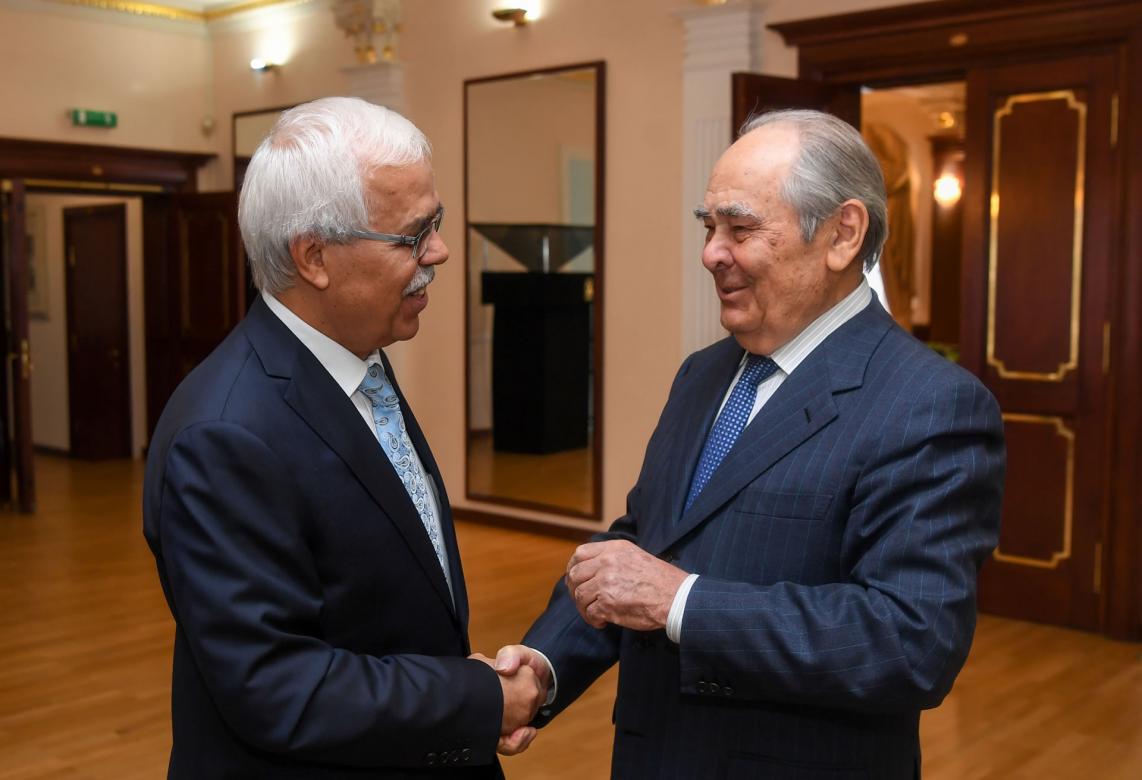 H.E. Mintimier Shaimiev, State Counselor of Tatarstan Republic, First President of Tatarstan, met with Prof. Halit Eren, Director General of IRCICA. The meeting took place on 5 October 2018 during the period of Prof. Eren’s visit to Kazan to meet with the President of Tatarstan H.E. Rustam Minnikhanov. During the same period Dr. Eren visited the Islamic Academy of Bolgar and attended the opening of IRCICA’s calligraphy exhibition at the Islamic.

Mr. Mintimer Shaimiev praised the collaboration developed between Tatarstan and IRCICA since 2000 which involves scholarly and cultural cooperation in various areas. Prof. Halit Eren expressed his appreciation of the great contribution of H.E. Mintimier Shaimiyev to the development of cultural relations between Tatarstan and whole Russian Federation on one hand and the Islamic world on the other. He said that IRCICA will continue to cooperate with Tatar academic institutions, particularly the Islamic Academy of Bolgar for exchanges of knowledge in the study of sources on history of Islam and the Muslim world.