Home Activities OIC Day: Commemoration of the 49th Foundation Anniversary of the OIC 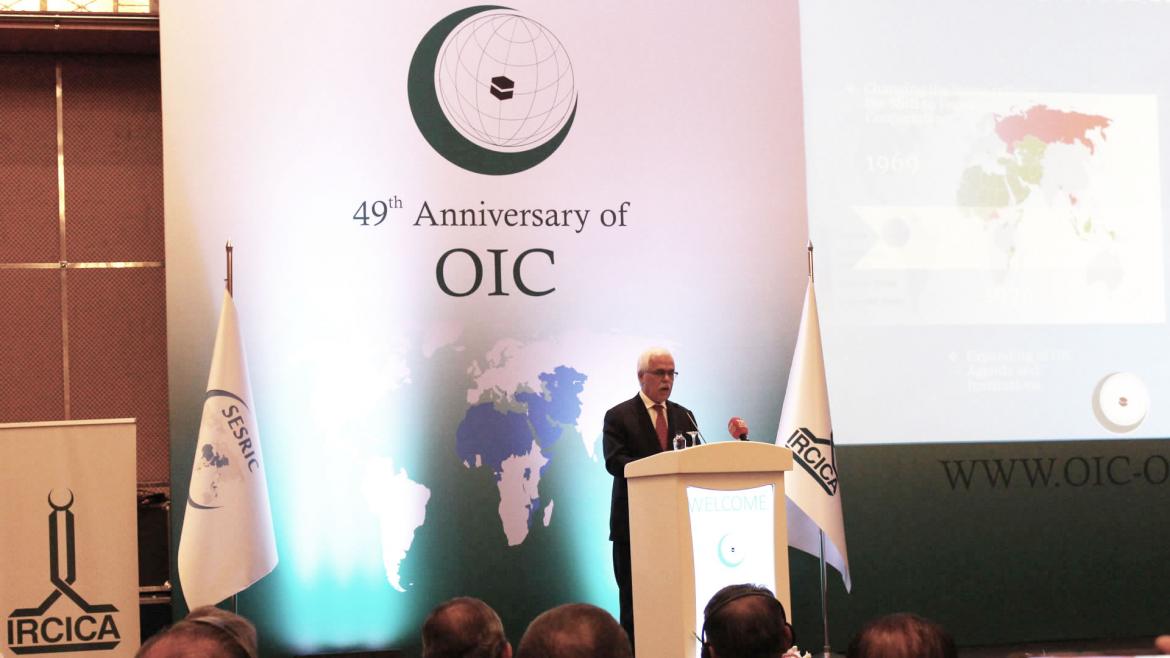 OIC Day: Commemoration of the 49th Foundation Anniversary of the OIC

The Organisation of Islamic Cooperation (OIC) commemorates its 49th foundation anniversary this year. An OIC Day meeting was organized on this occasion jointly by Research Centre for Islamic History, Art and Culture IRCICA, which is the OIC’s cultural research center, and Statistical, Economic and Social Research and Training Centre SESRIC, the OIC’s economic research center. The commemoration took place in Ankara, Turkey, on 2 October 2018.

The OIC Day commemoration was devoted to the theme of “al-Masjid al-Aqsa” which is the core and the symbol of the cause of al-Quds and Palestine. This cause was the main motive of the establishment of the OIC following the First Islamic Summit Conference held in Rabat in September 1969. It remained the foremost cause of the OIC.

The meeting was attended by an international audience comprised of Ambassadors of the OIC Member States and other countries accredited in Ankara, media and cultural circles. Mr. Hakan Çavuşoğlu, parliamentarian and former Deputy Prime minister of Turkey was among the guests.

The OIC Day was opened by Prof. Halit Eren, IRCICA Director General and Ambassador Musa Kulaklıkaya, Director General of SESRIC. Dr. Halit Eren pointed to the situation in al-Quds and al-Masjid al-Aqsa in particular which has been worsening with increased sanctions and even aggressions exerted upon Israel on worshippers, both Muslim and Christian. Prof. Eren outlined the activities carried out by IRCICA on al-Quds and Palestine and protection of Islamic sanctities and cultural heritage in the region. He said that the OIC Day being devoted to the theme and issue of protecting al-Masjid al-Aqsa was an homage to the sacred mosque reaffirming the OIC’s and its subsidiaries engagement in for protecting it and promoting international endeavours in defense of this cause.

Mrs. Zehra Zümrüt Selçuk, Minister of Family, Labour and Social Services of Turkey, addressed the meeting reaffirming the importance given by Turkey to the cause of al-Quds and Palestine and protection of al-Masjid al-Aqsa. She reaffirmed the commitment of Turkey in OIC’s goals in its capacity as Chair of the 13th Islamic Summit Conference, Chair of the COMCEC and host country of two subsidiaries and several committees.

The Ambasssador of Palestine in Ankara Dr. Faed Mustapha addressed the meeting underlining the importance of the theme on the occasion of the OIC Day.

A keynote address was delivered by Dr. Mahmoud Habbash, Qadi Qudat and Advisor to President Mahmoud Abbas’ on Religious Affairs and Islamic Relations. Dr. Habbash informed the audience on the main issues attached to the act of occupation of al-Quds by Israel and oppressive measures applied by Israel at al-Masjid al-Aqsa. He clarified with examples of Israeli actions, how Israel tries to justify itself with arguments related to religious considerations while its motives are nothing but political. Moreover, Israel’s claims on these lands as if it were historically Jewish territory find no archeological or onomastic proof. Israel now tries to exert full control over the entire area of al-Masjid al-Aqsa and invent religious justification for Jews to pray in the mosque. If achieved, that would be catastrophic with regard to any possibility of peace in the region and consequently, in the world. Dr. Habbash invited Muslims to always remember al-Quds, keep its memory alive and also include al-Quds in their travel itineraries, visit al-Quds and thus give spiritual, moral and practical support to al-Quds. 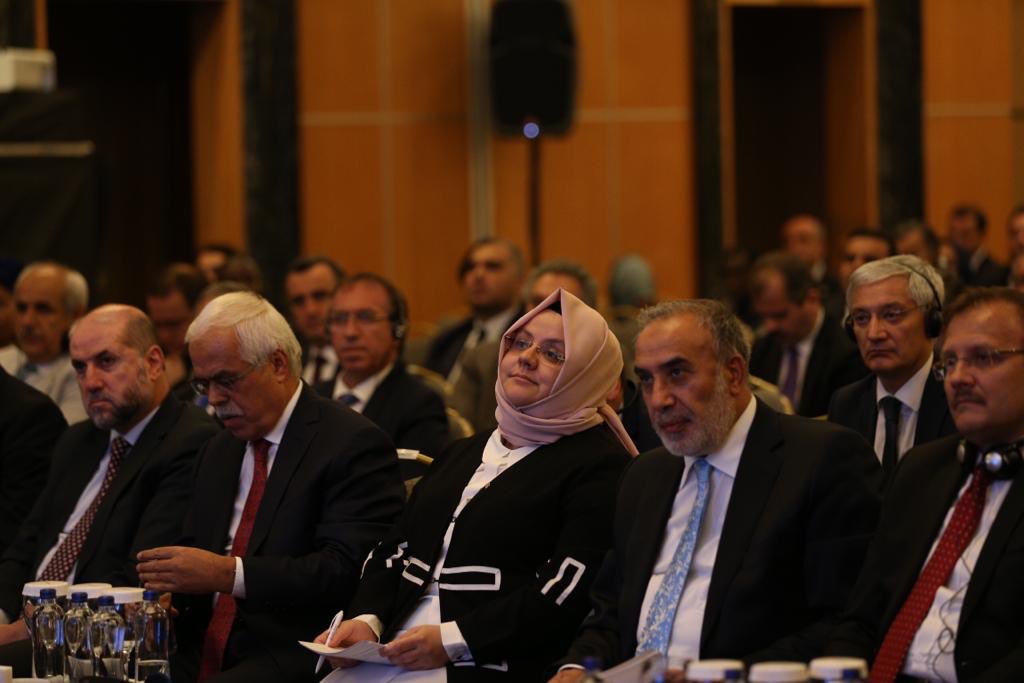 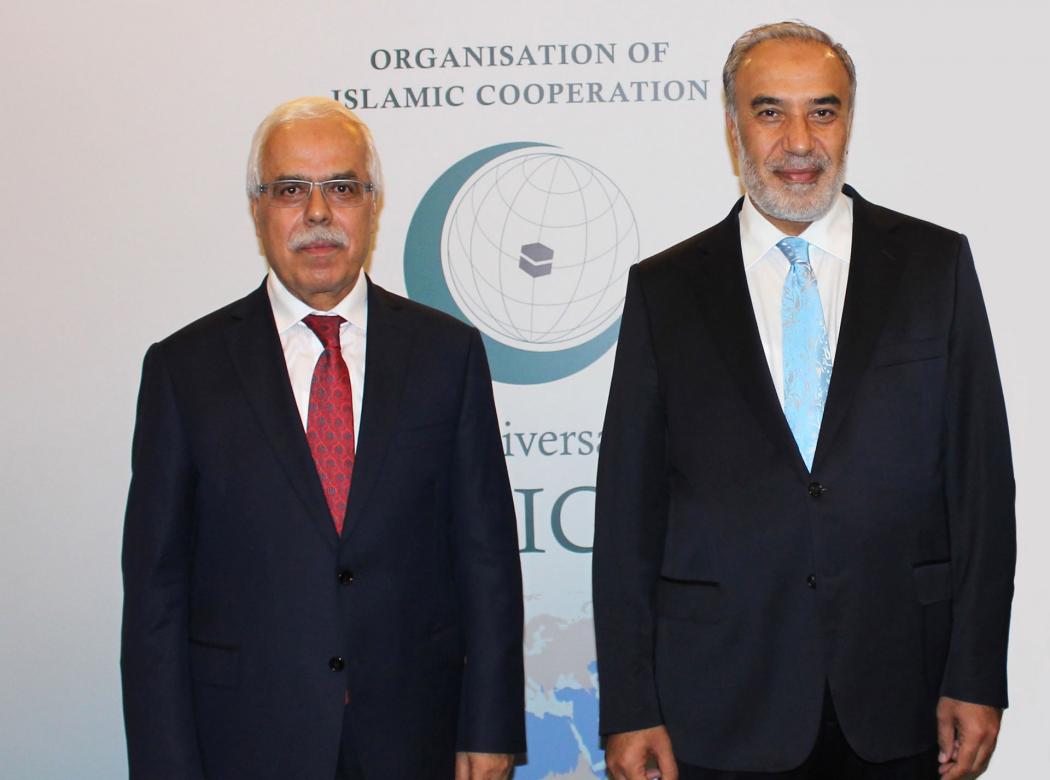