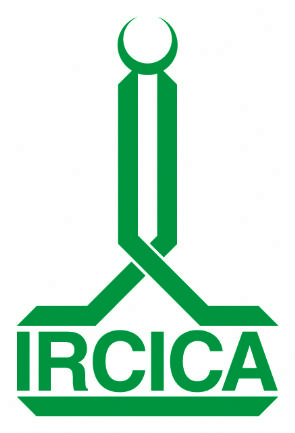 The Governing Board of IRCICA met on its 25th session

The 25th session of the Governing Board of IRCICA was opened on 26 November in the Centre’s conference hall with a ceremony. In its later part the ceremony comprised the presentation of Ijaza (diplomas/licenses) to calligraphers having completed successfully the courses coordinated by IRCICA. The Assistant Secretary General of the OIC Ambassador Alim Abdullah Abdulrahman representing the Secretary General of the OIC Prof. Ekmeleddin İhsanoğlu, the Consul Generals of various countries, and guests from cultural and art circles. Following IRCICA Director General’s words of welcome, Dr. Abdulaziz Abdullah Turki Subaie from Qatar, Chairman of the Governing Board, spoke on behalf of the Governing Board and expressed thanks and gratitude to the Government of the host country, the Republic of Turkey, for the patronage and support extended to IRCICA. He paid tribute to H.E. Prof. Ekmeleddin İhsanoğlu, Secretary General of the OIC for the support and the guidance given to IRCICA’s activities. He also thanked members of IRCICA Governing Board, IRCICA administration and staff for the responsibilities they assume and their wise and successful contribution in guiding the Centre’s activities. He added that the Centre, since its last session, carried out various activities and programs comprising research, symposia, exhibitions and calligraphy competitions. Dr. al-Subaie commended the innovative efforts of the Centre through its program titled “Al-Quds 2015”. He evoked the significant resources to be allocated to it from the generous donation that was extended to IRCICA by His Highness Sheikh Hamad bin Khalifa al-Thani, Emir of the State of Qatar.

The address of H.E. Prof. Ekmeleddin İhsanoğlu, Secretary General of the OIC, was delivered by H.E. Ambassador Alim Abdullah Abdulrahman, Assistant Secretary General of the OIC for Political Affairs: “The Governing Board meeting is held at an important time of the Centre’s history when it commemorates this year thirty years of continuous productivity and activity in the service of the OIC Member States, introducing its civilization and deep-rooted heritage.” The Secretary General pointed out in this message that the year 2010 coincides with another major milestone in the history of OIC, namely the mid-term review of the implementation process of the OIC Ten-Year Programme of Action (TYPOA), which was adopted by the 3rd Extraordinary Islamic Summit Conference held in Makkah al-Mukarramah in December 2005. “One who follows the activities of the Centre would be proud of the achievements and projects the Centre has made in the implementation of this program.”

The opening ceremony continued with the presentation of calligraphy diplomas.

Dr. Halit Eren presented his report on the activities implemented in 2010 and the proposed work program for 2011. He gave information on the activities realized including the congresses which were held in OIC Member and also non-Member States such as Bashkortostan and Macedonia and relating to history and culture. He cited the books published, among others, the album of historical photographs of Al-Quds in its Arabic, English and Turkish editions; the edition of the Quran copy attributed to the time of Caliph Othman and located in Cairo; the second volume, concerning translations in Urdu, in the series of bibliographies of manuscript translations of the Holy Quran. Dr. Eren declared that the project concerning the Prince Sultan bin Salman Islamic Architectural Heritage Database had come to a stage where the Member States’ providing information to the Centre on their archeological sites and monuments was necessary in order to load this information into the database. After a discussion on the implemented projects, Dr. Eren presented the proposed work program for 2011. The Board approved the proposed work program, which will be submitted next to the OIC’s ministerial meetings for adoption.

The Board expressed its utmost gratitude and appreciation to His Highness Sheikh Hamad bin Khalifa al-Thani, Emir of the State of Qatar, for the generous donation of 5 million US dollars extended to the Centre. The Board also made recommendations on various aspects of the Centre’s work for the coming year.