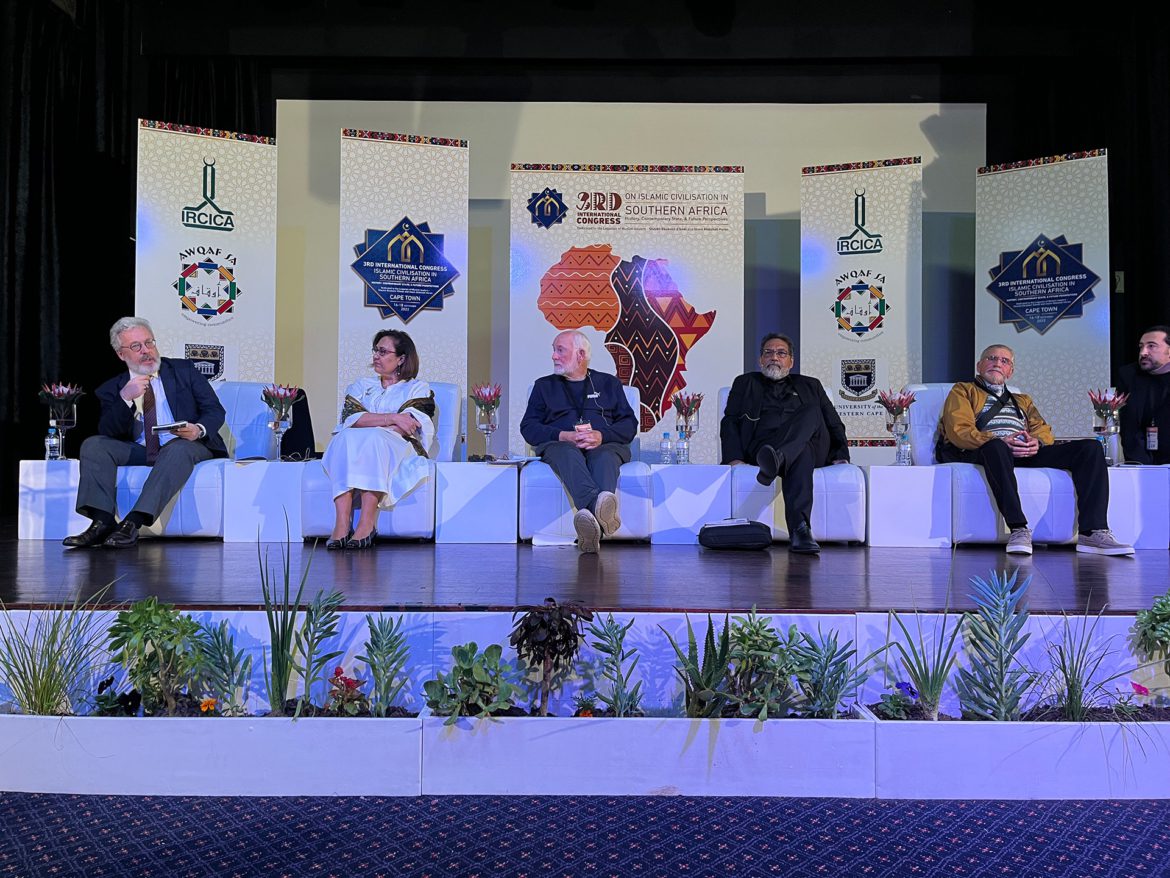 A special feature of the congress was its dedication to eminent figures having played important roles in the history of the Muslim community of Southern Africa. Commemorative panels and book launch sessions were held to pay tribute to two Islamic scholars, namely Ebubekir Efendi (d. 1880), who was appointed by the Ottoman State to Southern Africa in 1863 and Imam Abdullah Haron, who struggled for the cause of the Muslim community and died in 1969 under the Apartheid regime.

Awqaf SA and IRCICA had organized the first congress on “Islamic Civilisation in Southern Africa” in cooperation with Johannesburg University, in Johannesburg, on 1-3 September 2006; its papers were published in 2009. As for the second congress, it was organized by Awqaf SA and IRCICA jointly with the University of Kwazulu-Natal (UKZN) and the International Peace College South Africa (IPSA), in Durban, on 4-6 March 2016; its papers were published in 2019. Awqaf SA and IRCICA also coordinated an international online conference on the same theme on 17 October 2020 as a prelude to the third congress. 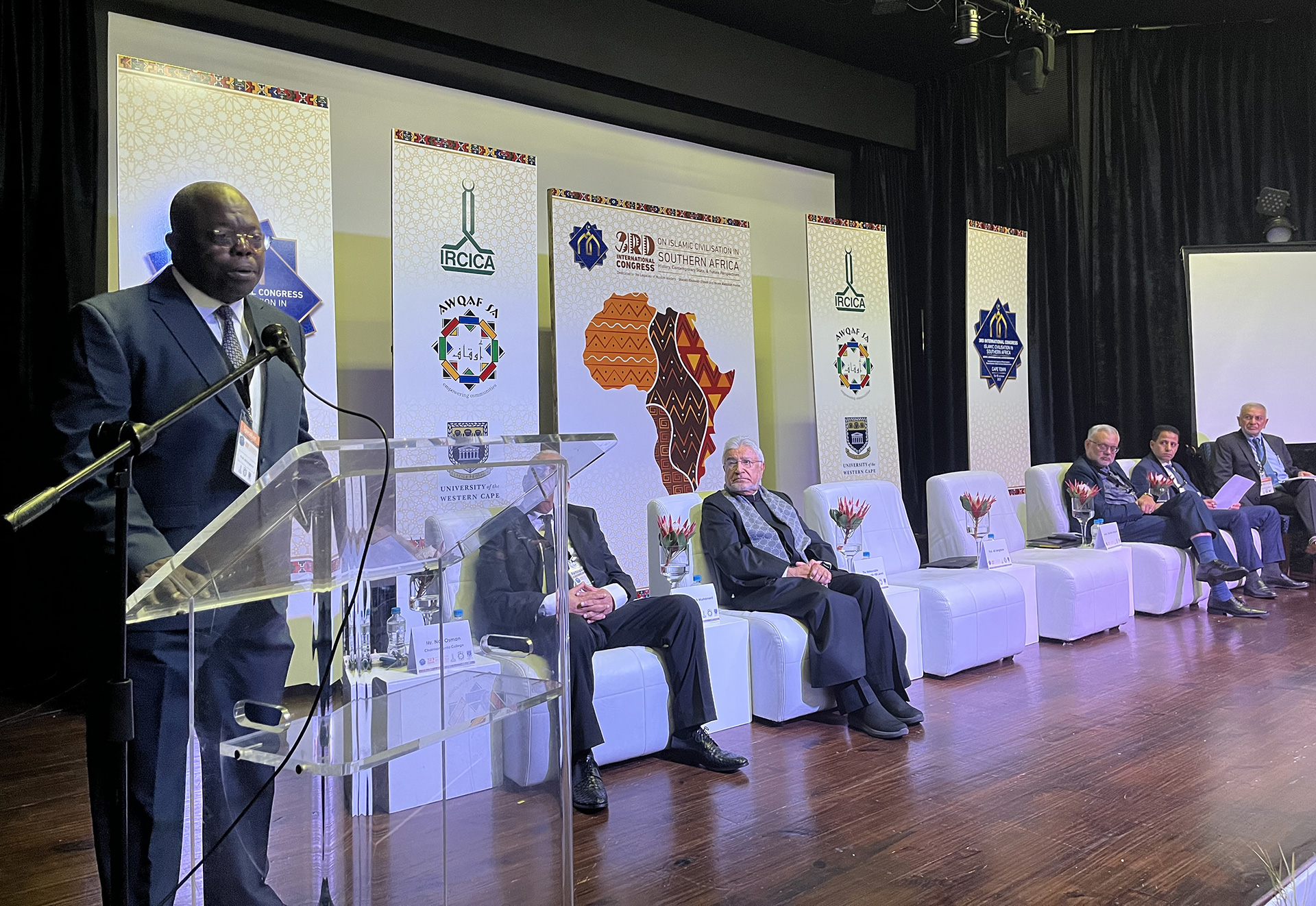 After the academic opening, Panel 1 on the theme of “Muslim Communities: Question of Identity” was held, with four speakers. This was followed by the Roundtable on the “Teaching and Practice of Arabic in the Southern African region” which was discussed by specialists from five educational institutions. The following Panel, on the Muslim Communities of SADC (Southern African Development Community), received speakers from universities in Botswana, Congo, Malawi, South Africa and Zimbabwe. Panel 3 was on “Ajami, Mushafs and Language”, and Panel 4 on “Women, Children and Youth” also evoked issues relating to population groups with special needs and problems.

The grand opening ceremony took place in the evening of 16 September 2022, with the addresses of H.E. Mr. Ebrahim Patel, Minister of Trade, Industry and Competition of South Africa and the Director General of IRCICA Ambassador Prof. Dr. Mahmud Erol Kılıç, in the presence of Prof. Dr. Annesh Singh, Vice-Chancellor of the University of Western Cape; Ambassador Ayşegül Kandaş, Ambassador of the Republic of Türkiye in South Africa; Mr. Sinan Yeşildağ, Consul General of the Republic of Türkiye at Cape Town; Mr. Mickaeel Collier, Deputy Chief Executive of Awqaf South Africa; Mr. Muhammed Haron, Academic Coordinator of the congress and a large number of guests and participants from cultural, academic and media circles. The ceremony comprised in its second part, the launching of the book titled The Crescent at the Cape. The real story of Shaykh Abu-Bakr Effendi 1814-1880 written by Dr. Shafiq Morton (historian, author, media editor at VOC -Voice of Western Cape) and published by Awqaf SA, 2022.

The second day of the conference, 17 September, featured the special sessions dedicated to Muslim leaders. The session titled “Shaykh Ebubekir Efendi – The Man on a Mission” was moderated by Ambassador Prof. Dr. Mahmud Erol Kılıç, Director General of IRCICA, and Ambassador Ayşegül Kandaş, Ambassador of the Republic of Türkiye in South Africa. Dr. Shafiq Morton, author of The Crescent at the Cape. The real story of Shaykh Abu-Bakr Effendi 1814-1880 presented the theme. Talks were given on Ebubekir Efendi and other eminent figures of Islamic culture in Southern Africa. Mr. Hisham N. Effendi, a descendant of Ebubekir Efendi, shared his knowledge of Ebubekir Efendi’s experiences, religious and educational services.

On the same day, a Memorial Panel was coordinated by Imam Haron Foundation, Cape Town, on the theme “Conversation about Imam Haron’s Legacy: Thinking Back, Looking Ahead”. Five speakers from the Foundation, universities and religious institutions conversed on different aspects of Imam Abdullah Haron’s devoted endeavors, religious and educational services and cultural legacy. Prof. Dr. Muhammed Haron, a scholar in religious studies, history and international relations, Academic Coordinator of the congress, who is the son of Imam Haron, was present throughout the sessions.

On the third day, 18 September, Panel 9 on “Extremism and Islamophobia and Muslim Personal Law” and Panel 10 on “NGOs and Environmental Affairs” communicated the region’s facts and experiences in each subject area.

The Closing Session evaluated the proceedings of the congress, with concluding remarks by the IRCICA Director General Prof. Dr. Mahmud Erol Kılıç, the Awqaf SA Chief Executive Mr. Zeinoul Abedien Cajee, and Prof. Muhammed Haron. The importance of the congress coordinated by Awqaf SA and IRCICA together with the University of Western Cape was underlined from various angles – in contribution to research and education, and as an intellectual and cultural bridge between the Muslim community in Southern Africa and the OIC-IRCICA Member States.

An exhibition titled “Calligraphy, Islamic Art and Culture” was opened on 17 September at Islamia Hall in Cape Town. The event comprised calligraphy and drawing demonstrations, live oud performances, and a documentary and photography exhibition on Imam Abdullah Haron.