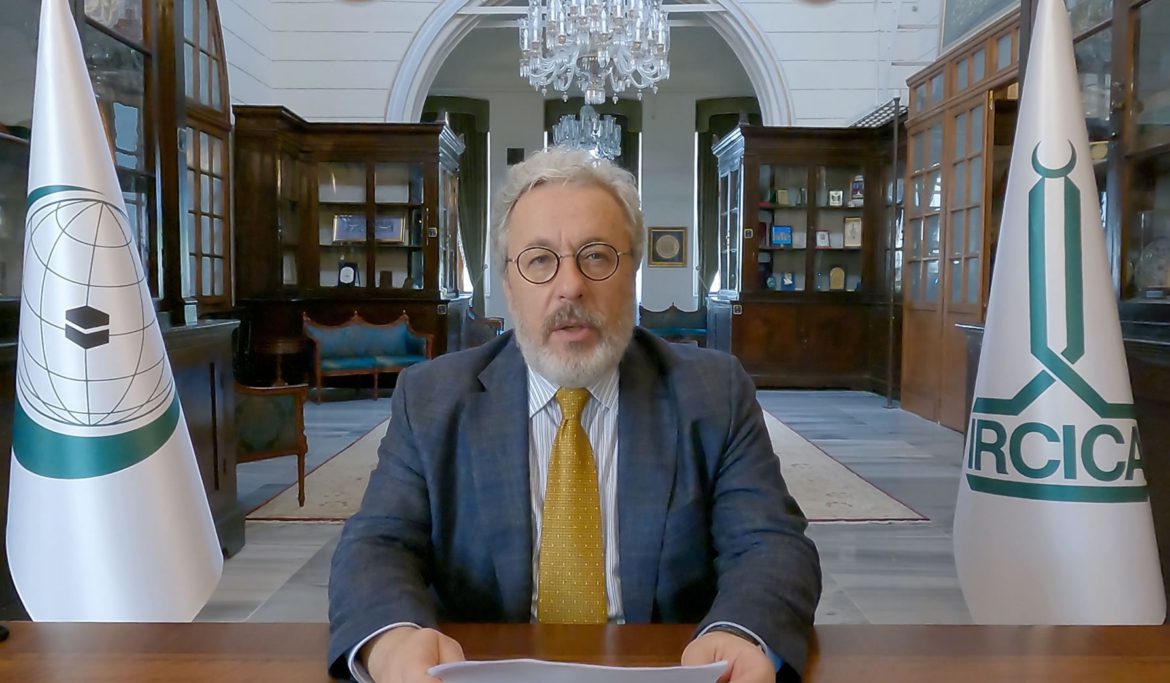 Dedicated to the 1042nd birth anniversary of the great scientist Ibn Sina – Avicenna, the international conference on “The Legacy of Abu Ali ibn Sina: Western and Eastern Scientists’ Approaches” was convened jointly by the Center of Islamic Civilization in Uzbekistan (CICU) under the Cabinet of Ministers of the Republic of Uzbekistan; the Ministry of Tourism and Culture of the Republic of Uzbekistan; Ibn Sina Public Foundation, Republic of Uzbekistan; and IRCICA. The conference was coordinated online from the CICU offices in Tashkent on 16 August 2022. It was opened by Ambassador Dr. Shaazim Minovarov, Director of CICU. The opening ceremony then heard the address of First Deputy Minister of Health of the Republic of Uzbekistan Mr. Amrillo Inoyatov, emphasizing the timeless relevance of Ibn Sina’s work on medicine, paramedicine and public health and the recognition given to his science in the world. Then, the video recording of the address of IRCICA Director General Ambassador Prof. Dr. Mahmud Erol Kılıç was shown. In his address, Prof. Kılıç underlined the historical importance of Ibn Sina for world science from the viewpoint of the influence of his works on his eminent successors in the Eastern and the Western worlds. Prof. Kılıç said that Ibn Sina enlightened the medieval Western world as well as contributing to the Golden Age of sciences in the Eastern world. His books started to be translated into latin only about one century after his time and used as textbooks in universities. In the same time he influenced many of the major philosophers of the Islamic world through his innovative definitions and classifications of scientific and philosophical concepts. The opening ceremony concluded with the address of Nozimkhon Anvarovich Makhmudov, Chairman of the Board of the Ibn Sina Public Foundation and a presentation titled “The Epic of Abu Ali Ibn Sina” by Academician Usmankhujaev Abdulkarim Haydarovich, Advisor to the Ibn Sina Public Foundation.

The working sessions heard scientific papers presented by specialists and researchers from Germany, India, Iran, South Korea, Kyrgyzstan, Russia, Tajikistan, Turkey, Uzbekistan, and the organizing institutions. The Director of the Center of Islamic Civilization in Uzbekistan, Dr. Shaazim Minovarov, made a presentation on “Ibn Sina and Europe”. “A study of the works of Abu Ali Ibn Sina in India” was presented by Prof. Zillur Said Rahman, President of the Ibn Sina Academy in India. From IRCICA, Prof. Dr. Ashirbek Muminov together with Mr. Veysel Bulut gave a paper on “The method followed in the detection of Ibn Sina manuscripts in Turkish libraries, in particular of al-Shifa and al-Qanun fi’l-tibb”; Mr. Serdar Bekâr from IRCICA spoke of “The Avicenna manuscripts in Ramazan Şeşen’s Nawadirul-Makhtutat”. An extensive concluding outline of the life and works of Ibn Sina was presented by the Center of Islamic Civilization in Uzbekistan.