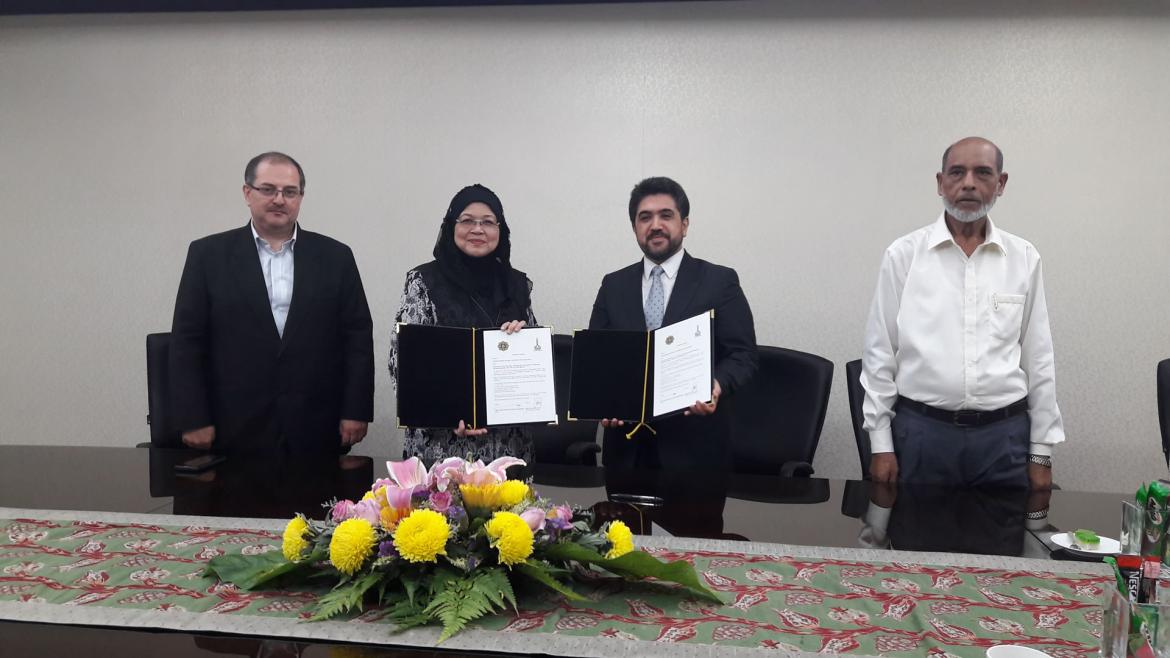 International Conference on History and Governance of Awqaf was held on 4-5 July 2018 in Kuala Lumpur, Malaysia. The conference was jointly organized by International Islamic University Malaysia (IIUM) and IRCICA. The conference gave the floor to scholars in history and waqf studies to share knowledge and interact in interdisciplinary dialogues to appraise the status and the evolution of the waqf institution in the Muslim world. Each of the two days of the conference started with a keynote address. The two keynote addresses were by Prof. Miura Toru, Vice-President and Professor at Ochanomizu University in Tokyo, Japan (“Transregional Comparisons of the Waqf and Similar Donations in Human History”) and by Prof. Ishtiyaq Ahmad Zilli, Director of Darul Musannefin Shibli Academy (“Indian Muslims’ Struggle to Resist Colonial Intervention: Waqf ala al Awlad”. Experts presented 27 papers in 7 sessions. The papers addressed varied aspects related to waqfs such as the history and governance of waqfs; policies, laws and management aspects of waqfs; impact of waqfs on higher education; relations between waqfs and non-profit sectors; policies, laws and management aspects of waqf and endowments; comparative studies on waqfs; implications of colonialism on waqfs; implications of modern statehood on waqf and endowments.

The opening session of the conference heard the address of Prof. Dato’ Sri Dr. Zaleha Kamaruddin, Rector of IIUM which was read by Prof. Dr. Mohammad A. Quayum, Dean, Kulliyah of Islamic Revealed Knowledge and Human Sciences, IIUM and the address of Dr. Halit Eren, Director General of IRCICA which was read by Prof. Dr. Sadık Ünay, Consultant to the Director General, IRCICA. Assoc. Prof. Dr. Arshad Islam from the Department of History and Civilization, IIUM, gave officiating remarks.

The following papers were delivered during the working sessions:

Session theme: Waqf Institutions and Practices in Subcontinent and Bangladesh “Awqaf Properties in Bengal (from the earliest times to 1947) (Khoundkar Alamgir); Historical Development of Waqf Government in Bangladesh (Md. Towhidul Islam); “Impact of Waqf Propoerty in Primary to Higher Islamic Educational Institutions in Bangladesh: A Study” (Md. Masudur Rahman); “Inscriptions and Farmans: A Source of Study for Awqaf in the Indian Subcontinent” (Yaqub Ali Khan)

Session theme: Waqf Institutions and Practices in Comparative Perspectives “A Comparative Study of Governance of Waqf Institutions in India and Malaysia (Anwar Aziz, Jawwad Ali); “The Chronicle of Waqf and Inception of Mosques in Malabar: A Study Based on the Qissat Manuscript (Abbas Panakkal); “The Waqf Estates of Pandua: The Baees Hazari and Shash Hazari (Salim Zaweed); “Waqf in India: Empowerment of Indian Muslims through Waqf (Hassan Imam)

During the period of the conference, IRCICA and IIUM signed a letter of intent towards a Memorandum of Understanding for Cooperation between the two institutions. The letter of intent was signed by Prof. Dato’ Sri Dr. Zaleha Kamaruddin, Rector of IIUM and Prof. Dr. Sadık Ünay, Consultant to the Director General, IRCICA.