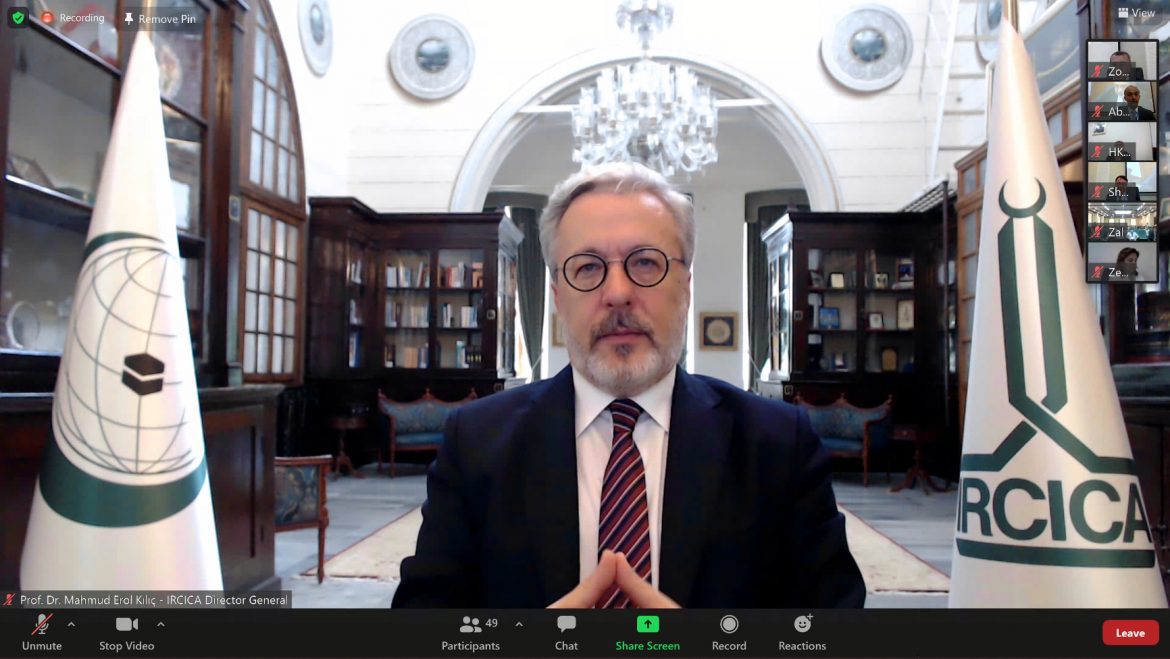 Coordinated by the Imam Maturidi International Scientific-Research Centre, International Islamic Academy of Uzbekistan (Tashkent), the International Online Scientific-Practical Symposium on “The Maturidiyya Teaching and the Present” took place on 16 June 2021. IRCICA was one of the academic co-organizers of the symposium.

More than 100 lectures/papers were contributed to the symposium by researchers from various educational and cultural institutions in: Afghanistan, Bosnia and Herzegovina, Egypt, Jordan, France, Germany, Kyrgyzstan, Malaysia, Russian Federation, Turkey, and Uzbekistan itself. The symposium generated a rich variety of studies on the thought and teachings of Abu Mansur al-Maturidi and their importance as foundations for treatment of present-day issues.

Rector of the International Islamic Academy of Uzbekistan, Associate Professor Muzaffar Kamilov opened the symposium with an Introduction address underlining the historical and present-time significance of the Maturidiyya and highlighting the purview of the symposium.

Congratulation speeches were delivered at the opening session. Ambassador Dr. Shoazim Minovarov, Adviser to the President of the Republic of Uzbekistan and Director of the Center for Islamic Civilization in Uzbekistan, pointed out that both religious sciences and physical sciences are given priority within the framework of development policies in Uzbekistan. In the context of the former, preservation and diffusion of Imam Maturidi’s theological heritage and his teachings relating to reason and moderation have an important place.

Hazrat Homidjon Ishmatbekov, Vice-Chairman of the Muslim Board of Uzbekistan, spoke of the advances in theological studies and teaching in Uzbekistan and the roles of scholarly centers highlighting the heritage of the great theologians, in particular the Imam Maturidi Center established under the International Islamic Academy of Uzbekistan.

Ambassador Prof. Dr. Mahmud Erol Kılıç, Director General of IRCICA, gave a congratulation address, underlining the importance of true understanding of the teachings of Imam Maturidi by all peoples and affirming that in this respect, the full-fledged activities of Imam Maturidi Center founded under the International Islamic Academy of Uzbekistan were followed with appreciation by its counterpart institutions and circles concerned around the world. Alluding to the cooperation established between Imam Maturidi Center and IRCICA, Prof. Dr. Kılıç outlined the main traits of IRCICA’s research projects relating to the works of prominent philosophers and scientists of the Islamic world. In the light of IRCICA’s experiences and his own academic work in this field, Prof. Kılıç pointed to the need of promoting the specialized studies and analytical editions of works, expanding the educational programs on the great philosophers and their disciples and followers. Prof. Kılıç said that Imam Maturidi Center is contributing remarkably towards these aims with its various projects and the Journal Moturidiylik – The Maturidiyya.

The working sessions of the symposium were conducted in three parallel sessions which continued all day. Papers/lectures were delivered by rectors and vice-rectors, faculty members, heads of sections, scholars and experts from universities and research centers. Specialized studies were presented on diverse aspects of the main theme, including: the characteristics and significance of the Maturidiyya and Imam Maturidi’s works; its definitions of the main concepts – such as knowledge, reason, religion, free will, virtue and sin; answers to today’s questions found in the Maturidiyya teachings; the state of studies and research on Imam Maturidi and his followers in different regions of the world; sources of information available for these studies, among others. The presentations were grouped under the following session themes:

Prof. Dr. Ashirbek Muminov, Head of Research and Publications, IRCICA, coordinated IRCICA’s participation in the symposium as co-organizer and also presented a paper titled “Contribution of biographical data to social and cultural history: Epitaphs from Abu Mansur Maturidi’s cemetery” under the second sesson theme above.

Imam Maturidi International Scientific Research Centre was established under the International Islamic Academy of Uzbekistan in 2020. Ambassador Prof. Dr. Mahmud Erol Kılıç, Director General of IRCICA, is a member of the Editorial Board of the Center’s academic journal Moturidiylik – The Maturidiyya. The Center is one of the scholarly institutions with which IRCICA cooperates through joint projects such as conferences and publications. 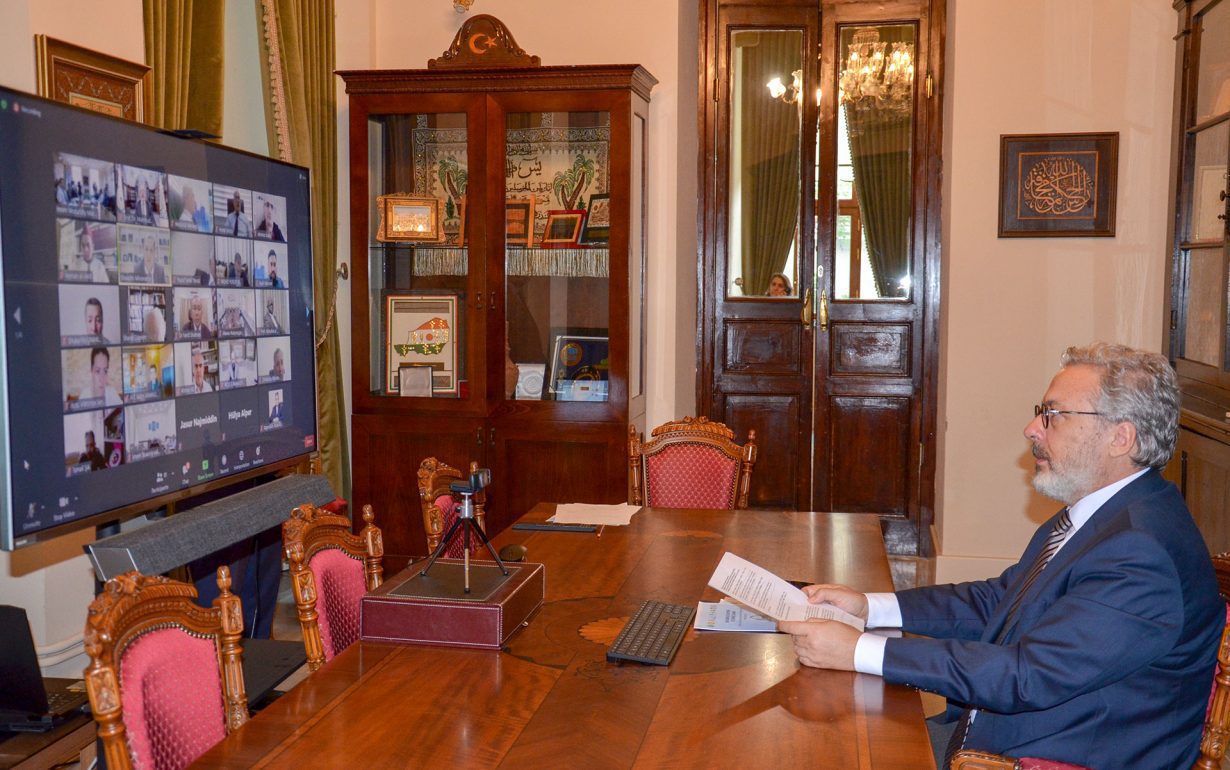