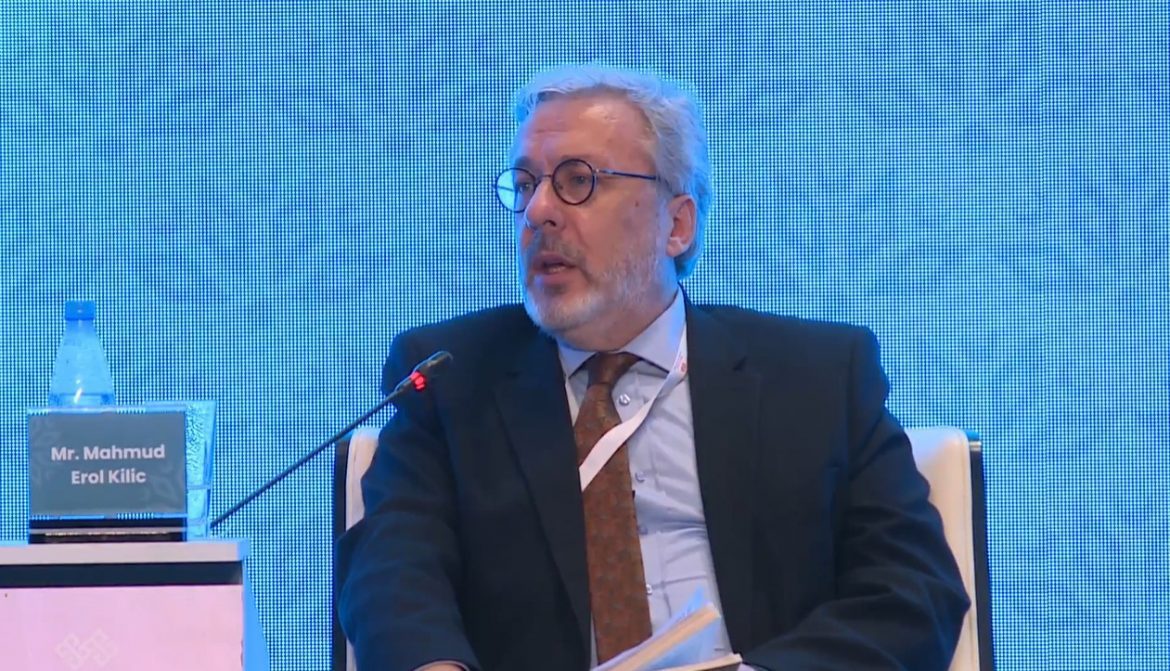 Panel discussions took place on the following topics: “Nizami’s impact on the political and social traditions in the Medieval Orient”, “Nizami Ganjavi: a view of the modern world”, “The influence of the Khamsa by Nizami on World Literature and Culture”, “The didactic role of the Khamsa dialogues”, “Nizami studies in the Soviet period”. The paper by Prof. Mahmud Erol Kılıç, presented in the context of the aforementioned second theme, was titled “What the Symbolism of Nizami Says to Today’s World”. The paper underscored the Sufi concept of the human being inherent to Nizami’s symbolism and the conception of a just ruler and hero; Nizami used the name of Alexander the Great to designate a mystical, ethical and warrior man and highlighted this symbol in his Iskandarnama; also, in his Haft Peykar, he used the symbolism of the “Septenary Constitution of the Human Being” as did Farid ud-Din Attar in his Haft Vadi.

The Forum participants adopted the “Nizami Ganjavi Communique” where they acknowledged that the immortal ideas and values of the great Nizami, along with inspiring prominent poets and thinkers of the Eastern world, such as Mevlana Jalaluddin Rumi, Yunus Emre, Amir Khosrov Dahlavi, Abd ar-Rahman Jami, Alisher Navai and Muhammad Fuzuli, as well as others, influence the formation of literary and poetic traditions in the region, the development of philosophical, socio-cultural and political life, as well as the progress of literary thinking; researchers who studied Dante, Boccaccio, W. Shakespeare, Goethe, Sh. Rustaveli and other great classics of Western literature found traces of Nizami’s influence in their works. The Communiqué also states that the ideas contained in Nizami’s work Khamsa play a key role in promoting universal values such as humanism, equality, justice, sustainable cooperation for peace and good neighbourly relations which continue to be priorities of the global agenda in the modern world. It emphasizes that the views of Nizami are important in terms of the formation of ideas about different cultures and civilizations on a global scale; “the rich heritage of Nizami’s genius is a source of inspiration that heralds a tradition of diversity and inclusion and thus serves as a unique platform for universal dialogue. The ideas and messages in Nizami Ganjavi’s works promote the concepts of multiculturalism, tolerance and peaceful coexistence.” (https://apa.az/en/xeber/culture-policy/nizami-ganjavi-communique-adopted-362515)