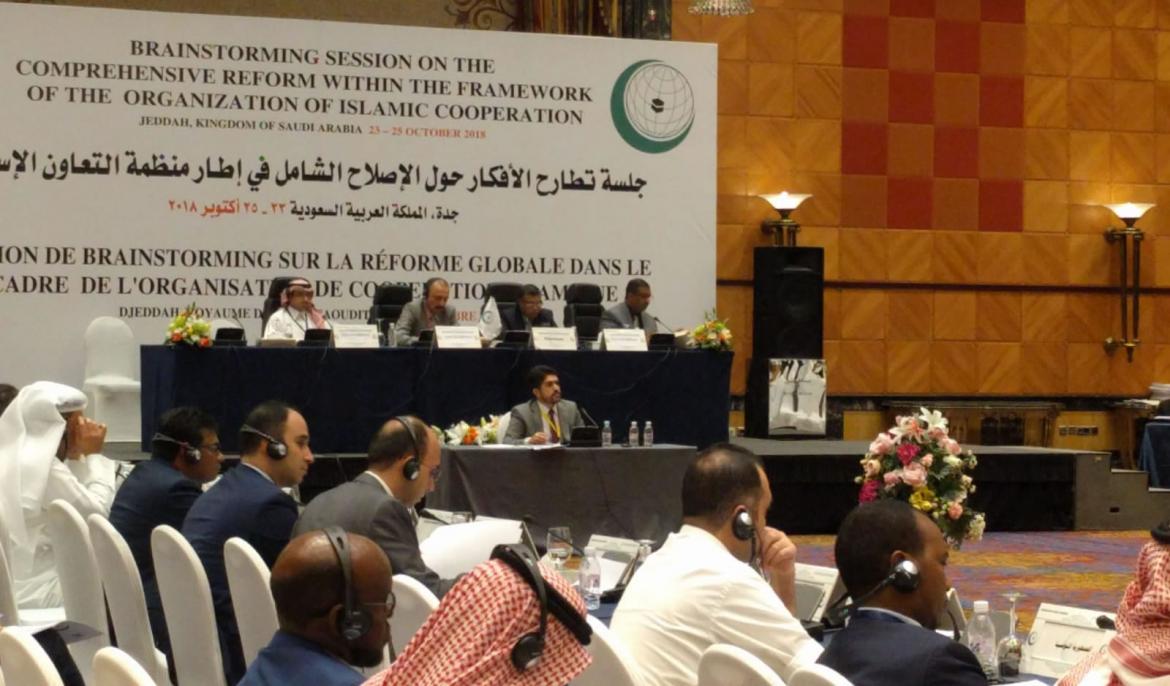 The First Brainstorming Session on the Comprehensive Reform of the OIC was held in Jeddah on 18-20 October 2018. IRCICA was represented by Prof. Dr. Sadık Ünay, Consultant to IRCICA Director General and Murat Özer, Chief of Financial Affairs.

The Brainstorming session was held with participation by the representatives of OIC member states as well as the delegates representing the subsidiary, specialized and affiliated institutions of the OIC.

The proceedings were opened by the Statement of His Excellency Dr. Yousef A. Al-Othaimeen, Secretary General of the Organization of Islamic Cooperation. In his Opening Remarks, H.E. Secretary General outlined the format of the brainstorming session and underlined the fact that the session will provide a platform for the free exchange of views and ideas without incurring any commitments to member states, institutions or individuals. H.E. Secretary General emphasized the need to reconsider critical issues such as the position of subsidiary, specialized and affiliated institutions; implementation of consensus in decision-making; chairmanship of the Islamic Summit; arrears in country contributions; policy coordination between member states, General Secretariat and relevant organs; the role of permanent committees and regional offices.

Following the opening remarks of H.E. Secretary General, the Brainstorming Session was opened for general deliberations and the debate was organized into three thematic sessions. Discussions during the first session focused on ideas and reform proposals regarding the organizational structure of the OIC Summit, Council of Foreign Ministers, General Secretariat, Committee of Permanent Representatives as well as the subsidiary, specialized and affiliated organs of the OIC. Various views were raised concerning the Chairmanship of the OIC Summit and the Council of Foreign Ministers; appointment procedures of the Secretary General, Assistant Secretary Generals and Professional personnel; reinforcing the good offices of the General Secretariat with better funding and human potential; empowering the conflict resolution capacities of the OIC; and activating the Islamic Court of Arbitration.

Prof. Sadık Ünay, Consultant to IRCICA Director General stressed the need to keep the organizational responsibilities related with Ministerial meetings under the remit of the General Secretariat. He indicated that most ministerial conferences (Foreign Affairs, Family, Tourism, Labor, Agriculture) are organized by the General Secretariat except the conference of Culture Ministers creating a double standard and causing confusion among the subsidiary and specialized institutions.

The second thematic session focused on the underlying rules and procedures that govern the activities of the OIC. Upon the recommendation of the Permanent OIC Representation of Turkey as the Chairman of the Summit, this session was moderated by Prof. Sadık Ünay, Consultant to IRCICA Director General.

Representatives of member states and OIC institutions raised their ideas in this session concerning clarification of rules and procedures related with the Chairmanship of the Summit; nomination and selection procedures of Secretary General and Assistant Secretary Generals; geographical distribution in the selection process; accessibility of rules and regulations to all relevant parties; formation of a Drafting Committee during CFM meetings; activating the Troika mechanism for CFM  meetings; observing voting patterns on critical issues such as Al-Quds and Palestine on international platforms.

The third part of the Brainstorming session was devoted to debates concerning financial matters such as the operational mechanisms of the Permanent Finance Committee (PFC), Financial Control Organ (FCO) and the issue of arrears in country contributions.

In this session Prof. Sadık Ünay, Consultant to IRCICA Director General stated that the specialized organs and affiliated institutions of the OIC have budgets independent from the budget of the General Secretariat and the subsidiaries which are approved by their legislative bodies and they are not controlled by the Finance Control Organ of the OIC. As membership in these organizations is optional and does not require direct financial contribution by member states, participation of specialized and affiliated institutions into meetings of the Islamic Commission which is the General Assembly of Subsidiary Organs and Permanent Finance Committee is not necessary. 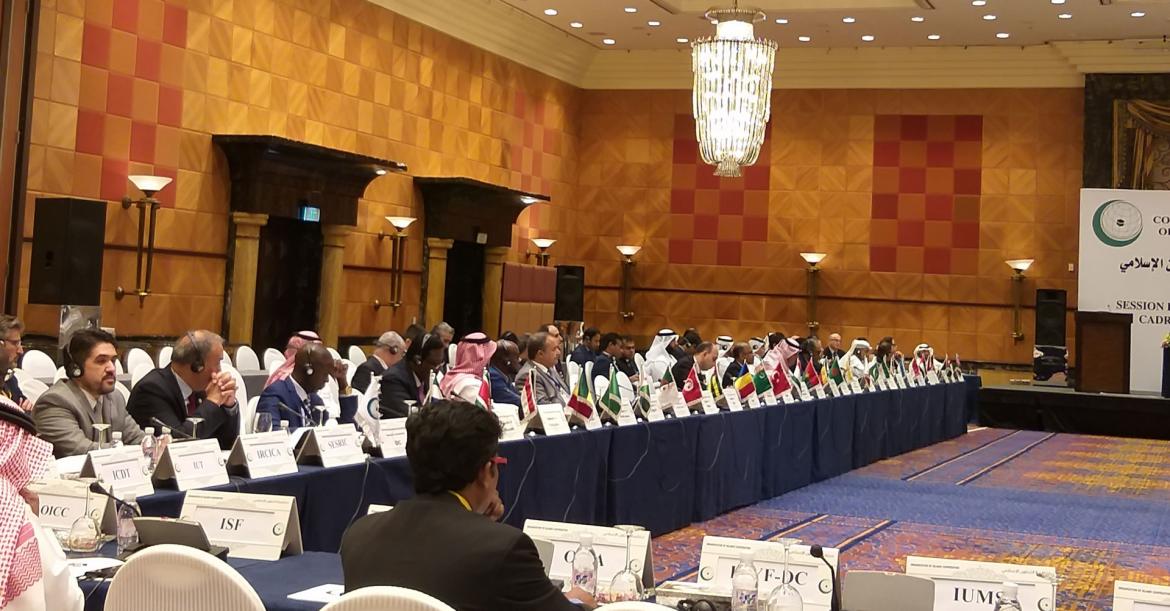