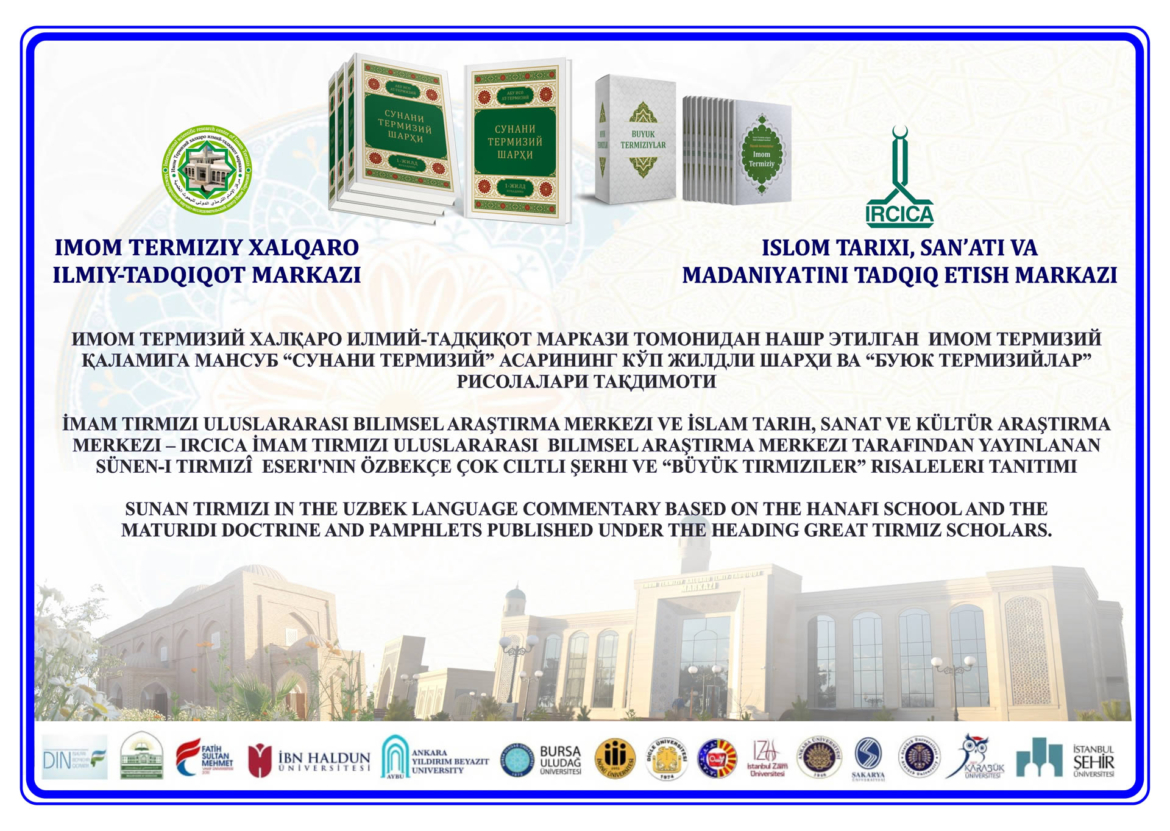 A conference organized by Imam Termizi International Scientific-Research Center (Termiz, Uzbekistan) and hosted in partnership with IRCICA featured the launch of an Uzbek academic translation and commentaries of the first three volumes of a ten-volume Sunan at-Tirmizi and a set of pamphlets titled The Great Termizi Scholars published by Imam Termizi International Center. The conference was held on 29 March 2022 online (and in presence at the Center in Termiz). Scholars and specialists from Uzbekistan and Turkey presented papers.

Sunan at-Termizi or Jāmiʽ at-Termizi (with its most widely used names) is one of the Kutub as-Sittah, the six major collections of authentic (“sahih”) Hadith – Traditions of the Prophet Muhammadsaw. Imam Termizi International Research Center undertook a long-term project to prepare and publish a translation and commentary of this work in the Uzbek language, based on the Hanafi school and the Maturidi doctrine. The first three volumes resulting from this project were introduced during the conference, together with a set of pamphlets about the great Termizi scholars published by the same Center.

In his address at the opening, Dr. Homidjon Ishmatbekov, First Deputy Chairman of the Muslims’ Board of Uzbekistan, underlined the vital importance of studying and promoting the teaching of the works of the great Hadith scholars; he expressed his gratitude to the conference organizers and participants for the important service they were fulfilling in this respect.

A documentary film introducing the Imam Termizi International Scientific-Research Center was shown. The Center consists of the departments of Hadithology, Source Studies, International Relations and the Development of Pilgrimage Tourism, in which 16 staff members are currently engaged in research work. To date, the Center’s staff translated and published more than 30 works by Termiz scholars. Over 100 articles written at the Center were published in local and international publications. The Center also makes efforts to identify and conduct research on the written heritage of Termiz preserved in collections of manuscripts around the world.