Visit of H.E. Ms. Nabeela F. Tunis, Minister of Foreign Affairs and International Cooperation of the Republic of Sierra Leone, to IRCICA

Her Excellency Ms. Nabeela F. Tunis, Minister of Foreign Affairs and International Cooperation of the Republic of Sierra Leone, paid a visit to Prof. Dr. Halit Eren, Director General of IRCICA; on 6 November 2020. The Minister was accompanied by a high-level delegation. A fruitful working meeting was held during the visit which formulated the concepts and priorities of the intended cooperation in cultural, academic and artistic fields. The foundations of this cooperation were laid during the Minister’s first visit to IRCICA last year, on 17 August 2019.

Director General Prof. Dr. Halit Eren guided H.E. the Minister and her entourage to the library, where he briefed them on the library’s holdings and showed them some of the major publications of the Centre, among them the albums of historical photographs of Makkah al-Mukarramah and Medina al-Munawara and al-Qods al-Sharif. Then, the distinguished guests saw samples of Islamic calligraphy chosen from among winners’ works at competitions organized by the Centre.

During the meeting held in the Directorate General’s conference hall, Prof. Halit Eren welcomed H.E. the Minister and her delegation reaffirming that the Centre gives importance to developing cooperation with Sierra Leone and all OIC Member States in Africa. He said the Centre conducts several projects in Africa and outlined some of the planned activities as well as those already completed, such as the congresses on the history of Islamic civilization in West Africa and Central Africa which were held in Niger, Nigeria and Chad in 2018 and 2019, and the online congress planned to focus on the history of Islamic civilization in Southern Africa to be held in Mozambique. Prof. Eren also spoke of the Centre’s activities in the fields of arts and handicrafts and its schools of Islamic calligraphy.

Minister Ms. Nabeela F. Tunis expressed her pleasure to be visiting IRCICA and to see the rich history of this institution. She said that Sierra Leone is an active Member State of the OIC and gives importance to establishing strong relations with OIC institutions. The dimensions of research and organization of academic congresses are important for her country, she said, and great importance is given to improving education. Holding conferences of Muslim scholars in these areas would be beneficial. Another useful theme for a joint conference could be the peaceful coexistence of different faiths and cultures, she said, for which Sierra Leone is an example that shows how well it works.

The two sides decided to maintain an exchange of communications to concretize cultural and academic cooperation along the agreed lines. 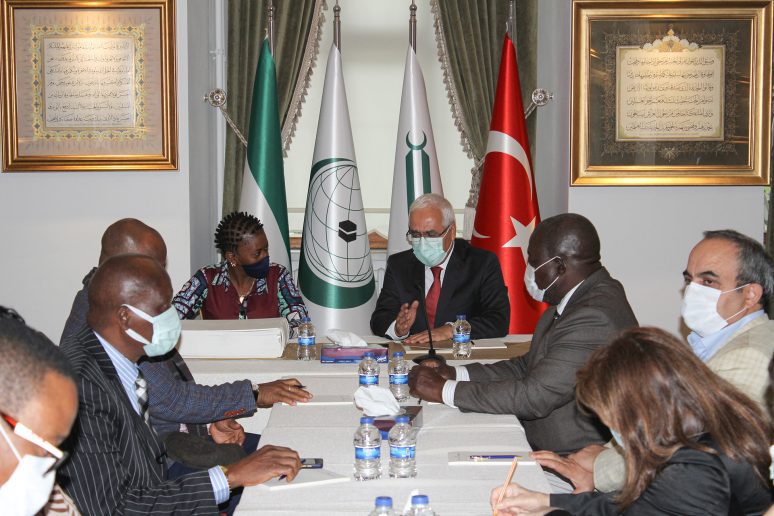