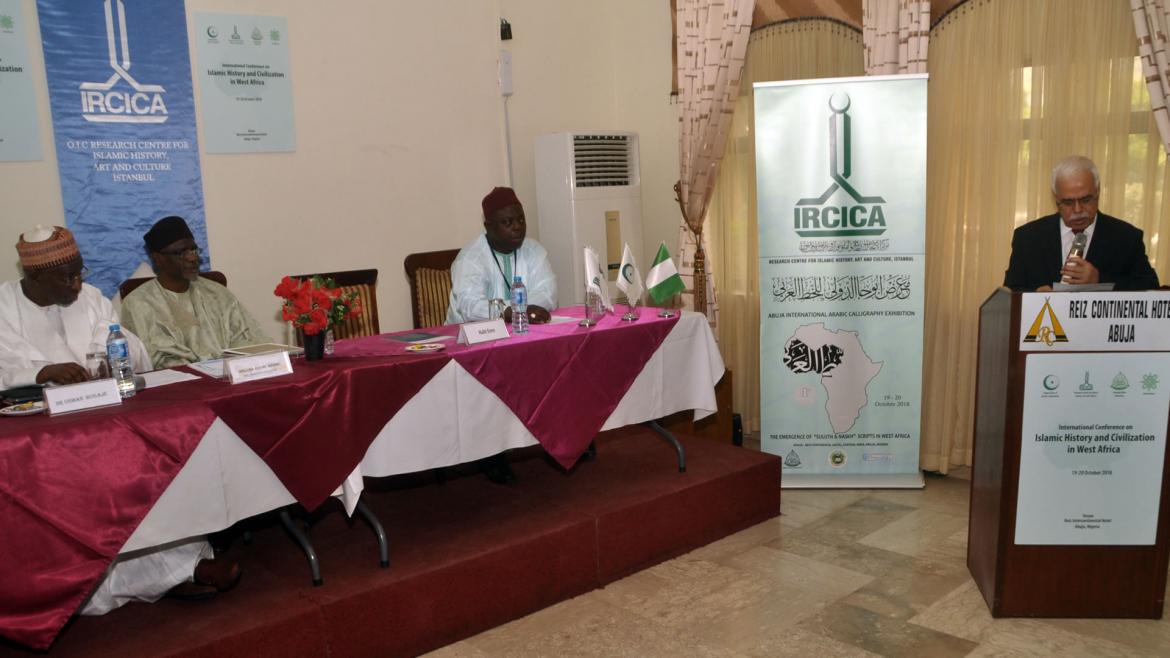 Research Centre for Islamic History, Art and Culture (IRCICA) and the Arewa House at Ahmadu Bello University (Nigeria) jointly organized the International Conference on Islamic History and Civilization in West Africa on 19-20 October 2018, at Reiz Continental Hotel in Abuja, Nigeria.

The opening ceremony was moderated by Dr. Usman Bugaje, Convener of the Arewa Research and Development Project and featured a welcome address by Dr. Halit Eren; remarks by the Vice-Chancellor, represented by Prof. Idris Sha’aba Jimada and the speech of His Excellency President Muhammadu Buhari through his representative, the Hon. Minister of Education Alhaji Adamu Adamu.

In the second session, three papers were presented on the “Spread of Islam in Eastern Bilad al-Sudan”. The first paper, “Islam in Hausa States”, was presented by Prof. Muhammad Mustapah Gwadabe who examined the history of Islam in Hausa states by highlighting the roles of trans-Saharan trade, scholars and migration. The second presentation was titled “Diplomatic Relations and Other Forms of Engagements Between Ottoman Caliphate, Egypt and Bilad al-Sudan in General” by Prof. Hamid Bobboyi. The paper brought forward diplomatic relations and other forms of engagements that existed over millennia between the trio of Ottoman Caliphate, Egypt, and Bilad al-Sudan. The third paper was entitled “The Spread of Islam in Yoruba and Nupeland (Southwestern and North Central Nigeria)” and was presented by Prof. Idris S. Jimada. It is a study of the development of Islam in Yoruba and Nupelands, tracing it back to the 8th century.

The theme of Islamic history and civilization in West Africa continued to be discussed with two sessions held on the second day of the conference. The second day started with the session entitled “Islamic Revivalism in Bilad al-Sudan (1600-1800)” and six academic papers were presented. The first paper was entitled “Massina and Segu (Old Mali)” by Dr. Shu’aibu Shehu Aliyu and dealt with the development of Islamic revivalism in Massina and Segu Sultanates. The second paper on the “Creation of Bundu and Kombo Sultanates in Gambia (17 to 19th Centuries)” was presented by Dr. Ensa Touray and argued that the Sene-Gambian region came into being as a result of migration into the area. The third paper was “The Foundation of the Sokoto Caliphate, 1774-1817”, presented by Prof. Alkasum Abba which argued that the various social, economic and political problems that bedevil the societies of Hausaland were the factors behind the outbreak of the Jihad.

“The Jihad in Hausa City states, Oyo and Nupeland” was the fourth paper of the third session and was presented by Prof. Idris Sha’aba Jimada. Finally, Abdulkadir Adamu presented a paper entitled “Islam in Sokoto Caliphate after the Colonial Conquest” which argued that before the conquest of the Sokoto Caliphate by the British, Islam was the guiding principle of administration. Adamu argued that the establishment of colonial administration affected the social, political and economic aspects of the lives of the people of Sokoto Caliphate. The judicial and educational system of the Sokoto Caliphate was relegated to the background and the influence of Islamic scholars drastically declined. After the colonial invasion, a hybrid system was established that was neither Islamic nor western. The final paper of the third session was “The Contribution of the Wolof Sultanates to the Promotion and Preservation of Islamic Civilization in West Africa”, presented by Prof. Ibrahim Khaleel Abdussalam. The paper argued that the Wolof did not actually establish a sultanate or a caliphate, but they have contributed to the promotion and preservation of Islamic civilization in West Africa.

“Historical, Social, Economic and Cultural Background” was the focus of the fourth and final session, which covered four presentations. First, Prof. Sadık Ünay from IRCICA presented a paper entitled “Social and Economic Impact of Colonialism on West Africa”. The paper argued that underdevelopment in Africa was structurally constructed by colonialism through highly orchestrated colonial policies and demonstrated that endemic problems of underdevelopment, conflicts and poverty in Africa are the products of colonialism. Delivered by Prof. Azmi Özcan from IRCICA, the second paper entitled “Impact of Colonialism on the Mentality of the African Muslims”, assessed the impact of colonialism on the mentality of the African Muslims and argued that such an assessment constitutes the first step towards liberating the Muslims from domination by the West. The paper highlighted the evil effects of colonialism on Africans, which include economic and political domination and inferiority complex. “History and Methodology of Traditional Qur’anic Education” was the third paper of the session and was presented by Prof. Ahmet Kavas from İstanbul Medeniyet University. The paper provided an overview of the history and methodology of traditional Qur’anic education in West Africa. It traced degeneration of the Qur’anic education to deliberate colonial policies in Africa and argued that such policies were orchestrated to ensure the perpetual domination of the Africans by the colonialists. The final paper of the session, “The Institution of Awqaf al-Islamiyya as Understood and Applied in West Africa”, was presented by Dr. Muhammad Sulaiman Adam. Highlighting various forms of awqaf, the paper stressed that Islam spread in Africa because of good conduct and the institution of awqaf. The paper drew attention to the critical challenges facing waqf and called for urgent intervention. 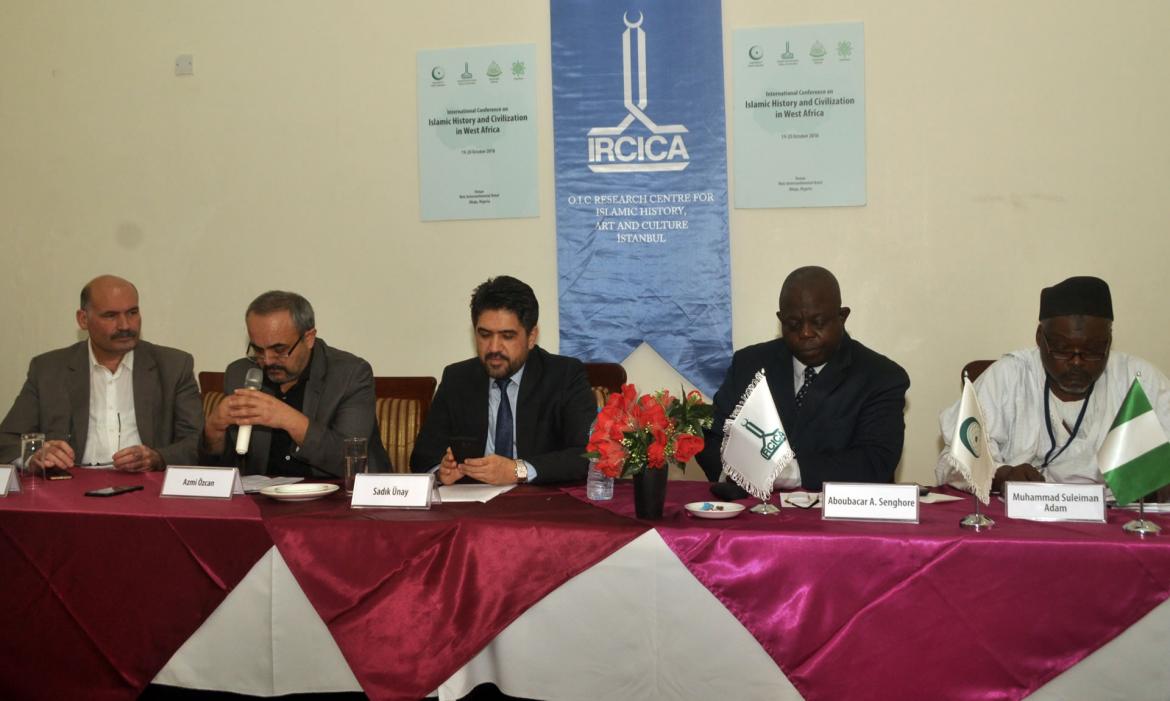 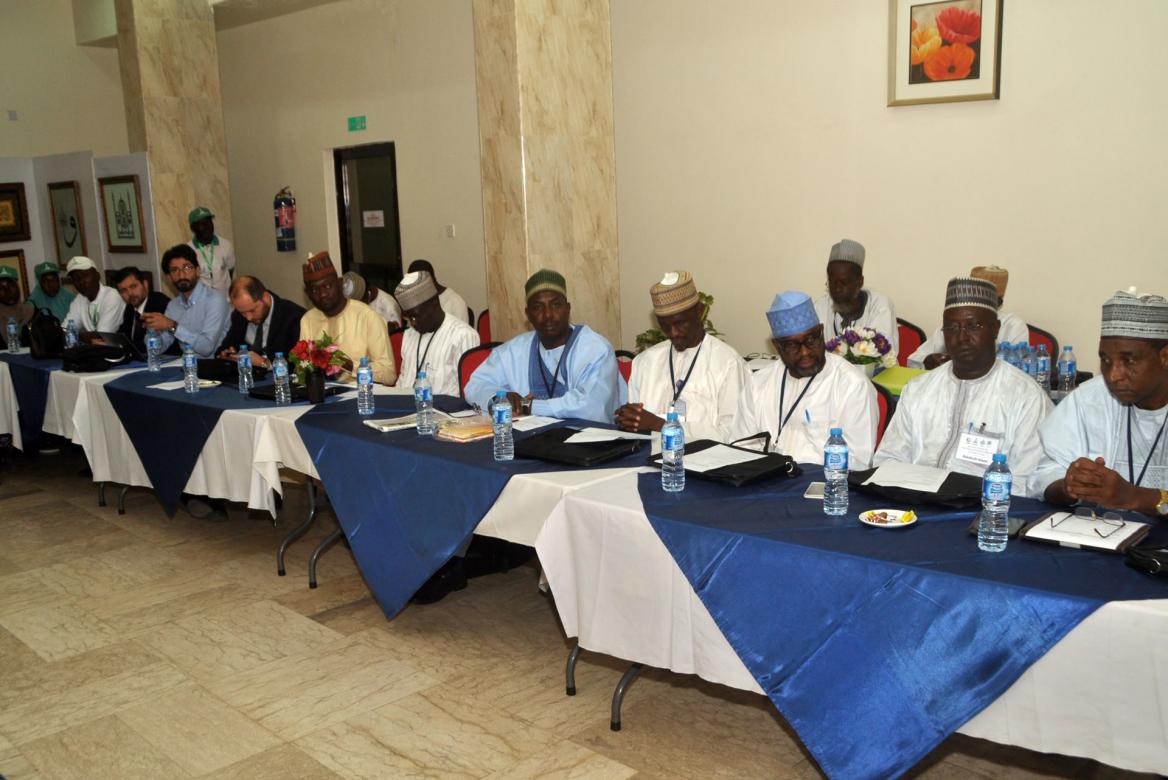 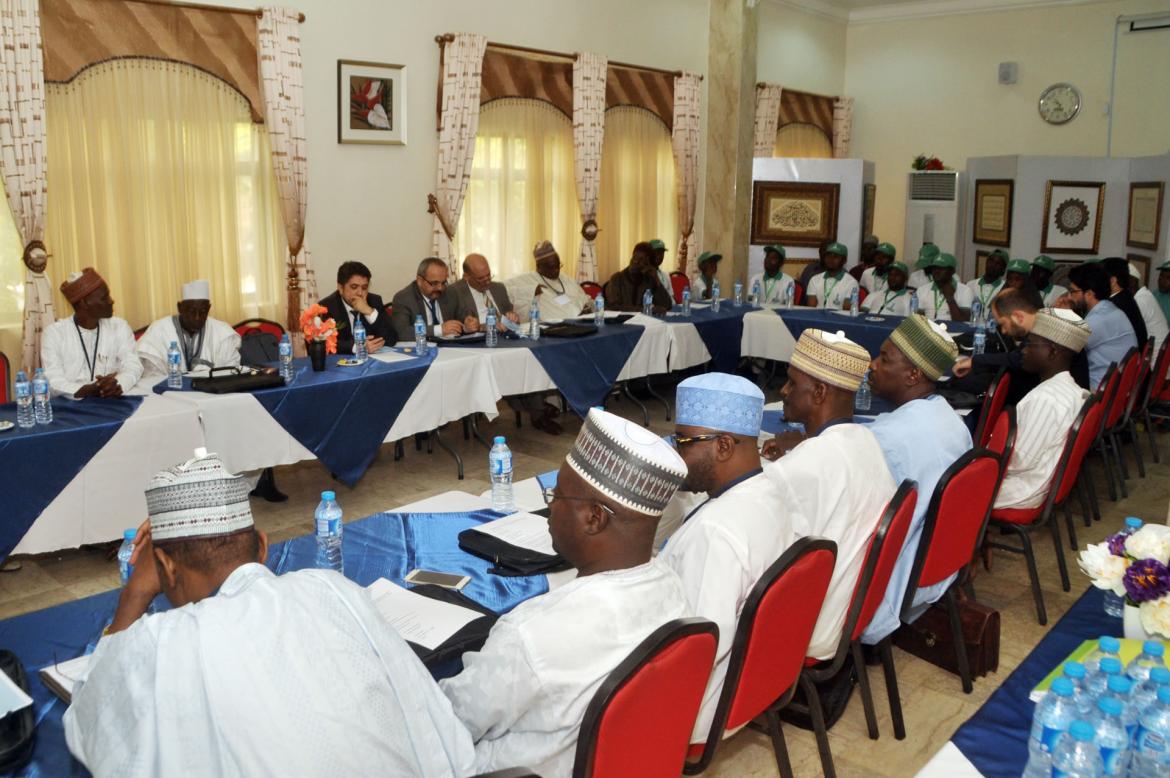 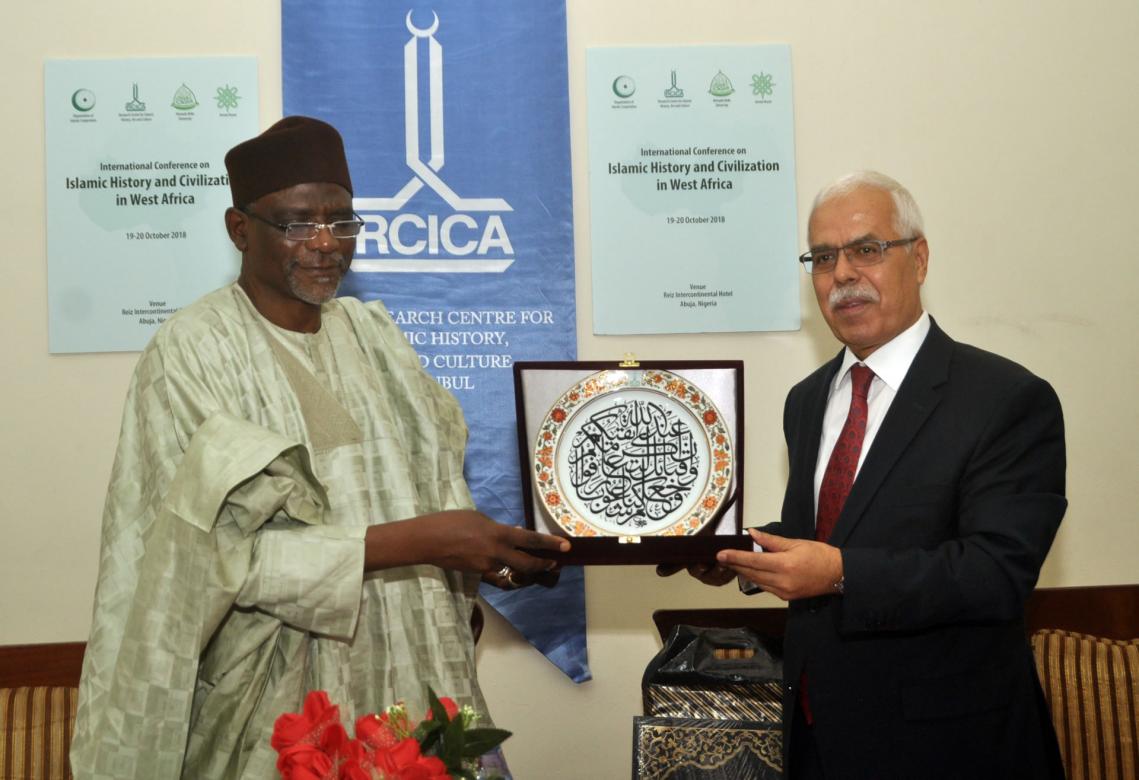 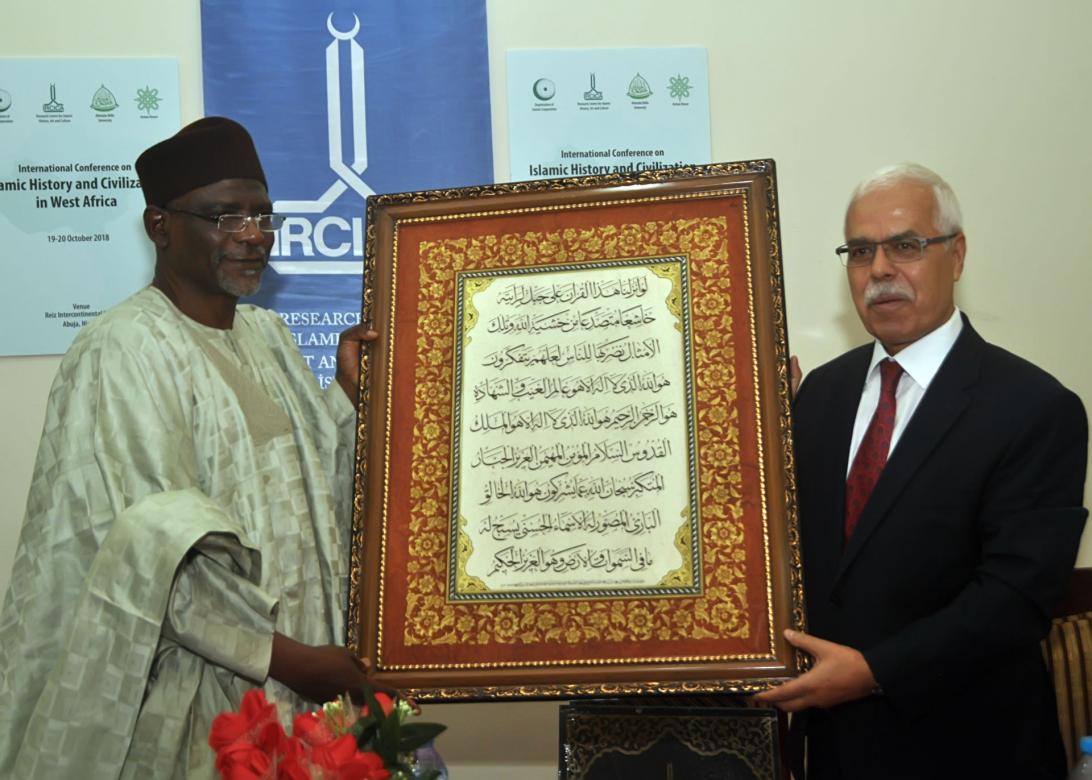 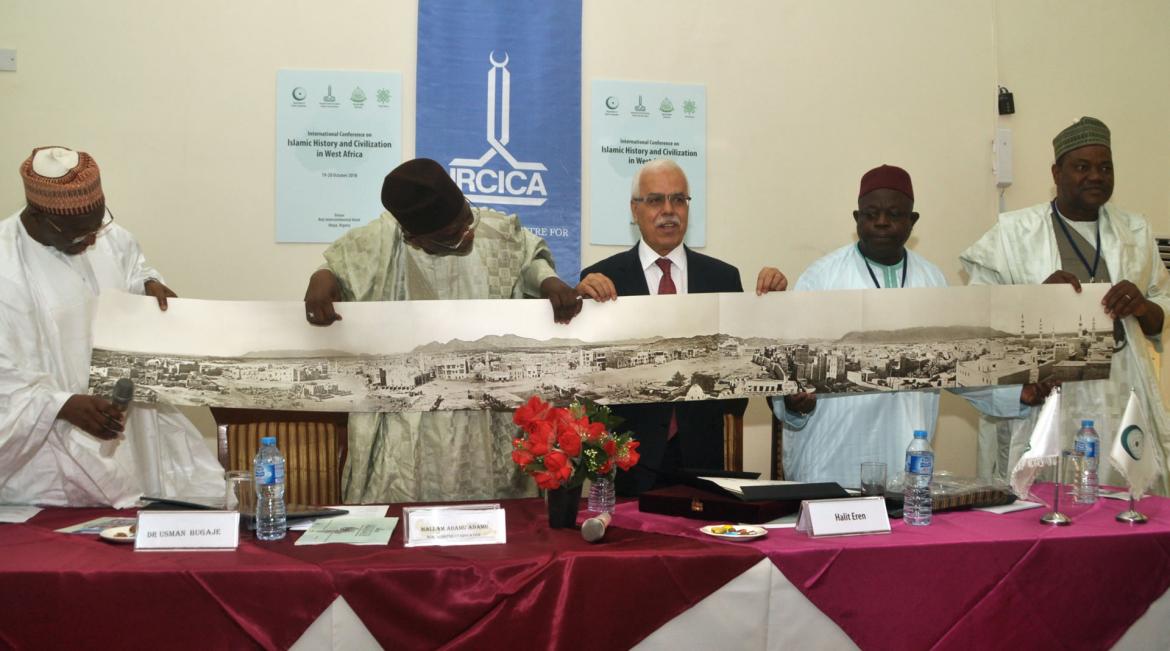