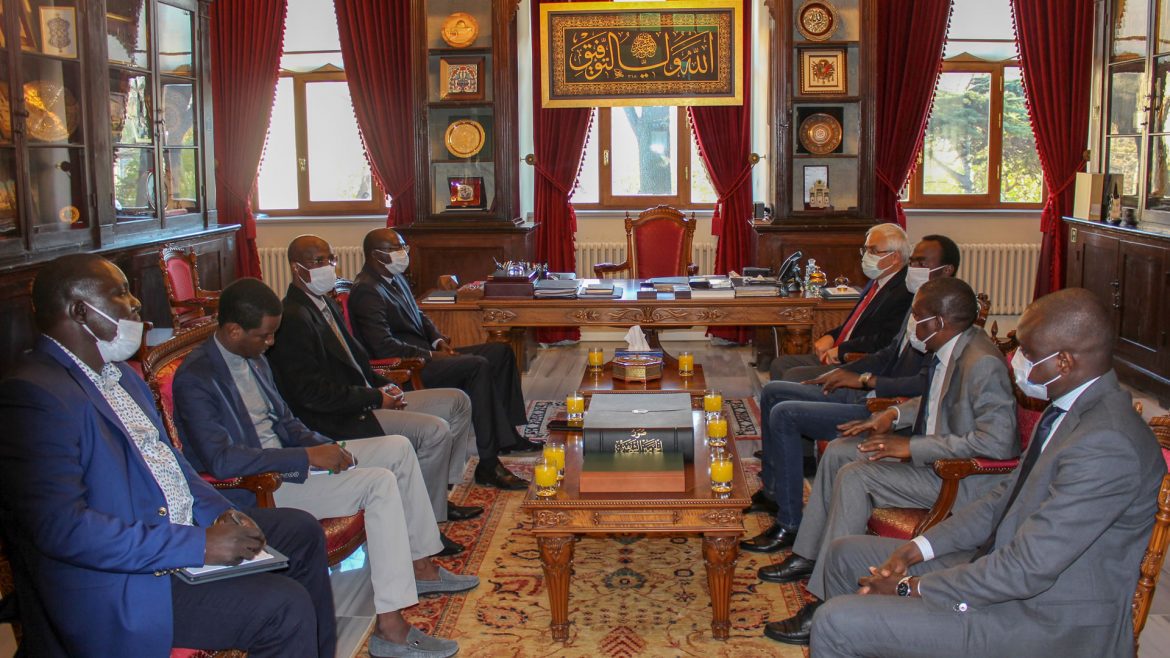 Cooperation agreement between the Ministry of Tourism Development, Culture and Handicrafts of the Republic of Chad and IRCICA

Foundations of the agreement were laid during the visit of H.E. the Minister Mr. Geo Patalet on 11 December 2020, accompanied by the Ambassador of Chad in Ankara H.E. Mr. Adoum Dangai Nokour Guavat and high officials from Chad, where an extensive meeting was held with Director General of IRCICA Prof. Dr. Halit Eren. Preservation of cultural heritage and promotion of the traditional handicrafts are among the main areas of specialization of IRCICA where the latter carries out long-term programs involving a large variety of activities, including training programs, research and publications.